We interrupt our regularly scheduled programming to bring you this message: In one week our adventurous 14-month global honeymoon will be over. Can you believe it?!

We have been thinking about our return to the U S of A, and you know what? Even though we’ve complained about it in the past, we are excited to go home. Sure, life on the road is a constant adventure, but our life in DC was by no means boring. Mike and I are looking forward to seeing family and friends again, and we’re not just saying that because we’re supposed to. We miss the people we love! 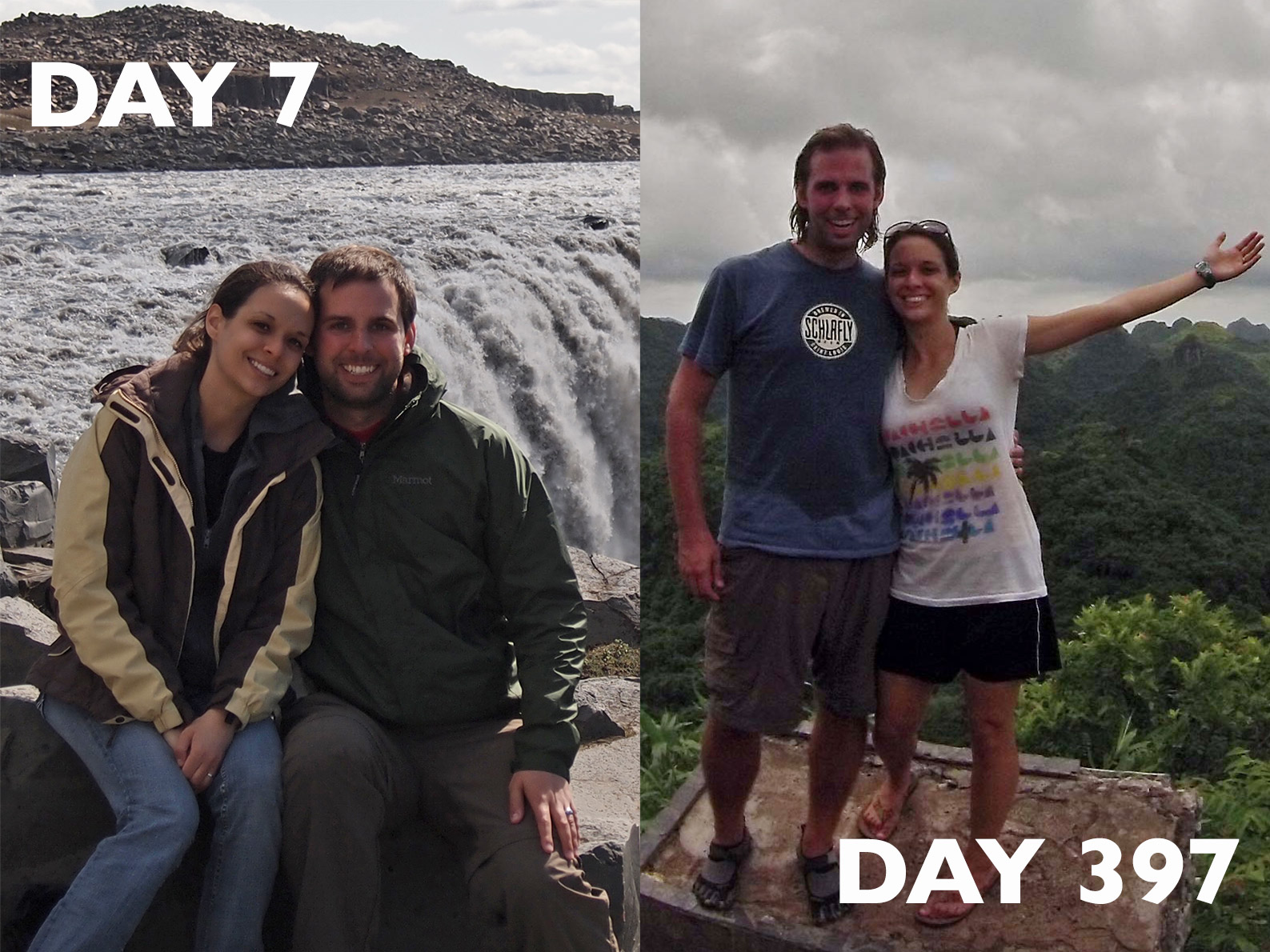 Mike and Tara’s before and after photo.

In addition to the fabulous people in our lives, there are things we miss, things we do not have access to and things that we flat out crave. Like anyone who has spent a lot of time outside of their comfort zone, thinking about the comforts of home makes us excited to, well, return home. Can you imagine spending more than a year away from the luxuries you enjoy most? Our list has changed as we’ve traveled from country to country and continent to continent, but some items have remained constant. These are the things that have been on our minds the most lately:

Our national language
•We have already told you how ubiquitous English is worldwide. But even though we can communicate wherever we go, locals do not speak to each other in English and signs are often only in the local language (good luck deciphering Thai if you’ve never studied it!). We miss being able to fully understand what is going on around us.

No more mental math
•When we return and see prices in a store or on a menu, we will not need to convert the local currency into USD. It’s not a huge pain, but after juggling 22 different currencies on our trip, we will be happy to go back to using USD all the time. Cool fact: Nearly two months of our trip were spent in countries that actually use USD (Zimbabwe, Myanmar and Cambodia).

•The only country we were able to use imperial measurements in was Myanmar. That was three weeks out of 14 months of travel. Everywhere else we have been working off the metric system. We are pretty used to using it now, and when speaking to each other we often use a combination of the two systems (like if a distance is shorter than a mile, we often say kilometer instead of half a mile). 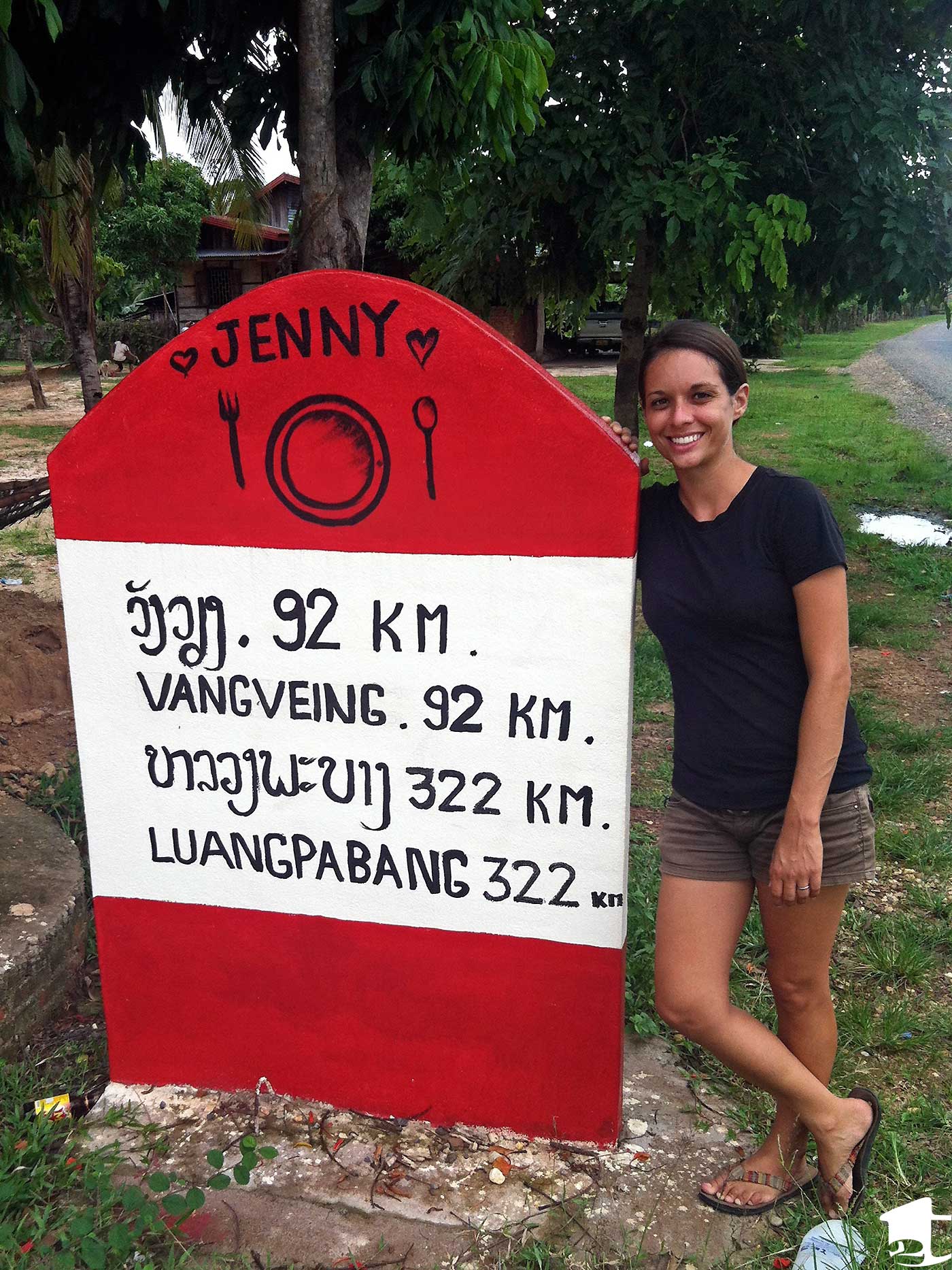 92 kilometers is how many miles? Uhhhhh….

•We have been working off military time instead of am/pm. We know what time 20:30 is without having to think about it too much, but we miss being able to say that it’s 8:30pm. The whole am/pm thing is nearly universal, but time schedules and the like are written in military time abroad. It’ll just be one less thing we’ll have to continuously convert.

•Last but not least, we cannot wait until we can write our dates as mm/dd/yy instead of dd/mm/yy. Again, we have gotten used to it, but it’s still a bit confusing sometimes, especially when we see something like 12/6/13. Is it December or June? Damnit! (And that’s not even taking into consideration countries that are on a different religious calendar year.)

Changing back to old habits
•Being able to drink from the tap and not having to purchase water will be awesome. It will also be nice to receive free water in restaurants again (and know that the ice is safe to consume, too).

•A majority of our trip has been spent in countries that do not have modern septic systems. Therefore, toilet paper must be thrown into the trash can after use and not into the toilet. This was difficult to get used to, but now it has become second nature.

•We’ve traveled through countries that drive on the right side of the road and some that drive on the left. And in SE Asia, even though there’s a set lane to be in, cars and motorbikes alike will use whichever side is most convenient. The rules of one-way streets are not obeyed either. And we have to be careful when walking down a sidewalk, because a motorbike may be coming up behind us. Point being, we’re very excited to return to a country where we know which direction traffic is coming from and people (for the most part) follow the rules of the road.

Daily things
It is amazing how many small things we came up with for this part of the list, but we’re leaving off the most obvious of them (like no longer living out of a backpack).

•Sleeping in a comfortable bed that doesn’t make our arms, legs and ears go numb. (That’s how hard some of these mattresses and pillows are!)

•Showering in an area that is partitioned from the toilet.

•Not hand washing our clothes. (Washing machines and dryers are such luxuries to us now!)

•Using Q-tip brand cotton swabs. (I, Tara, very much dislike the flimsy plastic handles on the ones sold abroad.) 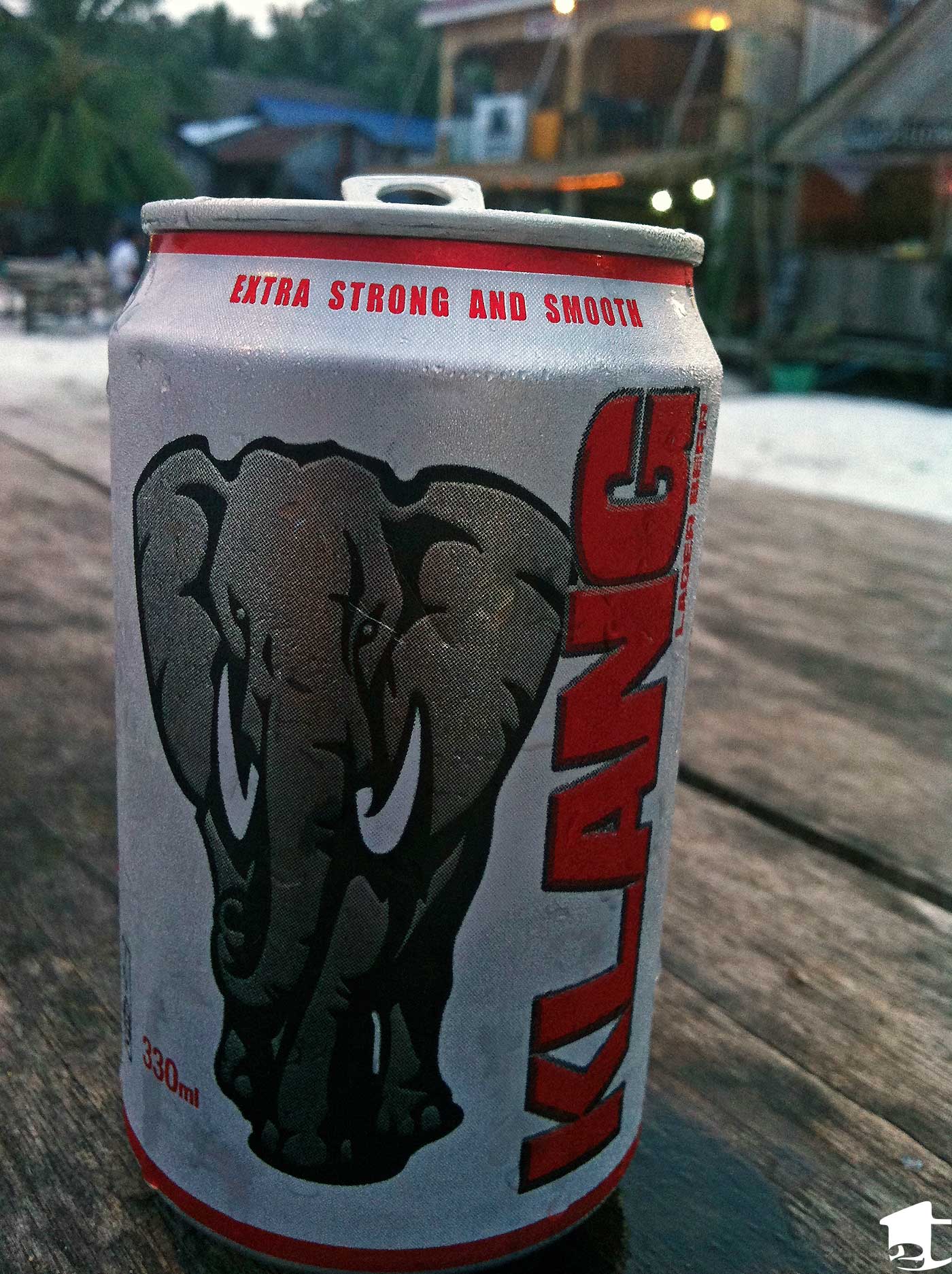 •Being able to drink good microbrews. (Asian beer can’t even compete with the likes of Schlafly and Dogfish Head!)

•Not having to negotiate the price of everything we purchase and not feeling scammed/cheated during exchanges. Also, in general, paying a set price again and not having the cost of something be determined by whether we are locals or foreigners.

Maybe some of these items make us sound lazy (like no more mental math), but we don’t care because it’s awfully nice to feel comfortable in your daily actions and interactions. After all, it is called your comfort zone for a reason.

Are you surprised to see some of the items on our list? Were you expecting to see things that we didn’t add?