I felt like such a privileged American walking around speaking English in Europe, Africa and Asia. Locals would put aside their mother tongue and interact in mine. Many picked up the language during childhood through American pop culture, our country’s greatest export. We met Icelanders who learned English this way and speak it so flawlessly and without an accent that we could have even mistaken them for Americans.

Not only do many foreigners learn to speak English through songs, movies and TV shows, they also come to learn about American culture through the same media. People have said to Mike and I that we sound like we’re “from Hollywood” because we have a neutral American accent (as in, not a Texan, southern or Boston accent). Others have asked, “Are people really that mean to each other in grade school?” because that’s what they see on TV. Or, “I’ve seen The Wire. Is Baltimore really that dangerous?” In India, we were told that many Indian men think Western woman are easy because that’s how Hollywood portrays them. 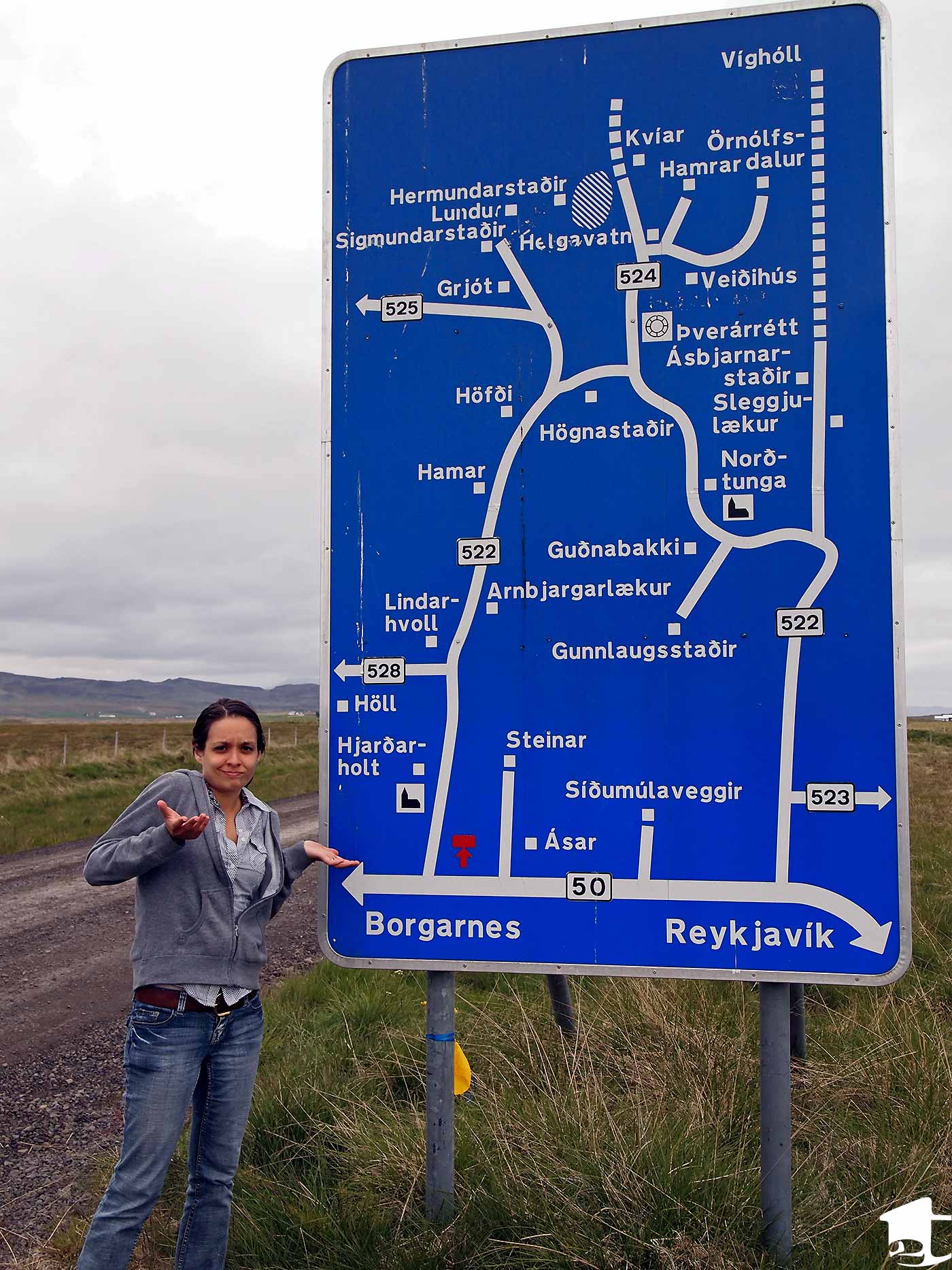 It’s been interesting to learn how others come to understand America through pop culture. But even more interesting is how they pick up English and American slang through it. As a result, we’ve come to find firsthand that English is widely spoken and understood around the world. In regions we thought we’d have much difficulty communicating, we were actually surprised with the locals’ high level of proficiency.

Prior to our RTW trip, we both traveled extensively through Europe, where you’ll mostly have an easier time traveling if you can speak the local language. Therefore, I never thought I’d have an advantage as an English speaker in places like southern Africa, India and Southeast Asia.

English-speaking travelers have a huge advantage. Menus, newspapers and public transit signs worldwide are likely to be translated into English, not Tamil, not Chinese, not Arabic. Maybe it’s a result of British colonization, maybe it’s American pop culture, or perhaps it’s business, tourism or Christian missionaries. But through the years, English has become the go-to language for communication among cultures that have little in common. I’ve seen English-language interactions between Portuguese and Chinese, Russians and Thais, Malaysians and Saudis, Indians and Germans. 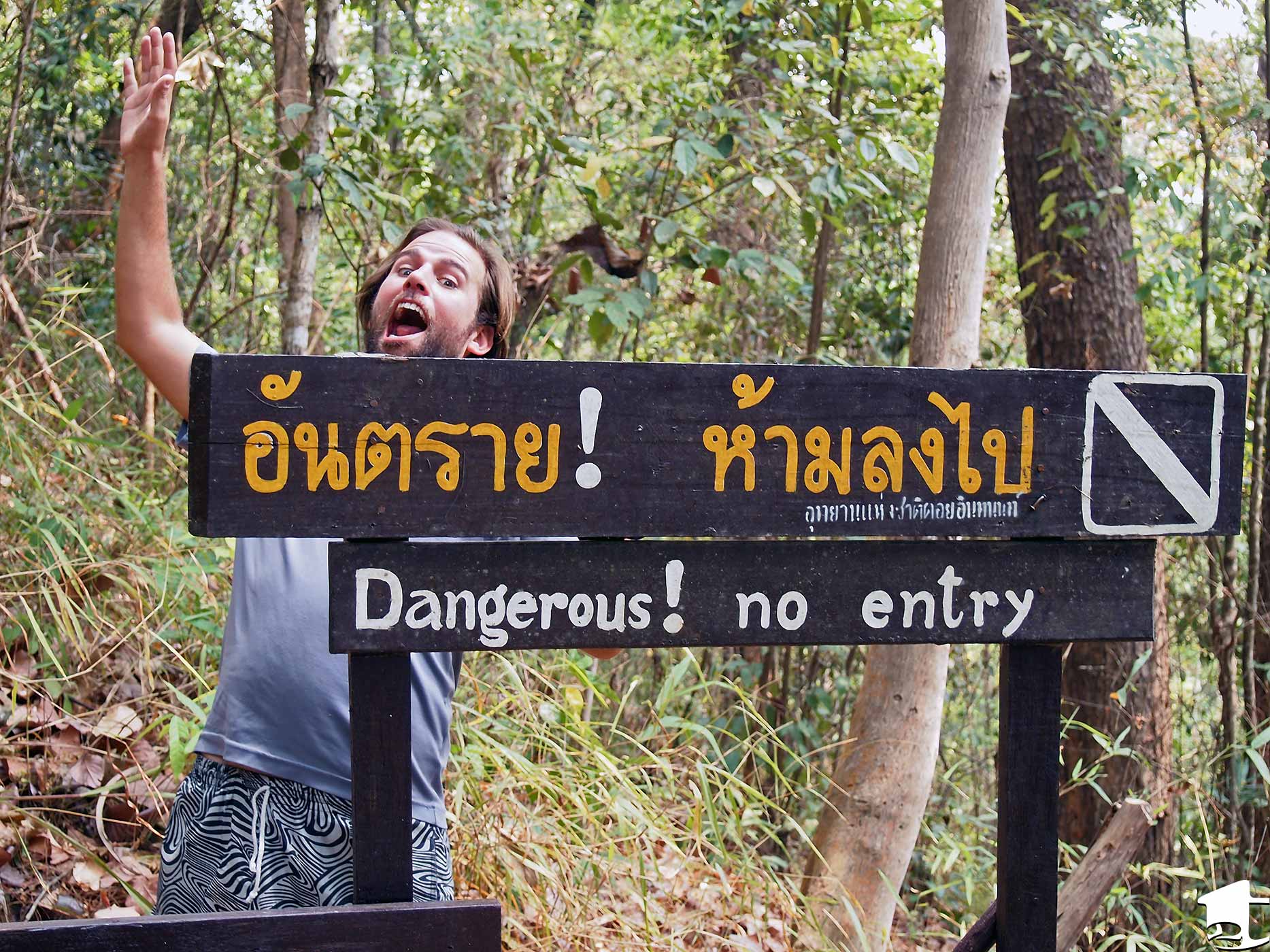 Perhaps not every English speaker can read well.

For those who can’t read or understand English, traveling internationally seems to be more difficult. When we were on our African safari (I think in Botswana), there was a girl with another overland truck who spoke only Italian. Her guides made their way through the campsite from group to group trying to find a translator so they could tell her the day’s itinerary.

More recently, we took a Thai cooking class with two Dutch guys and two French women. The Thai chef spoke English throughout the class, and one of the French women was in constant translator mode for the other who couldn’t understand the instructor.

Sure, you can get by in a place where there is no mutual language shared. But the experience can be richer when you are able to exchange information or, at the very least, understand what is going on. 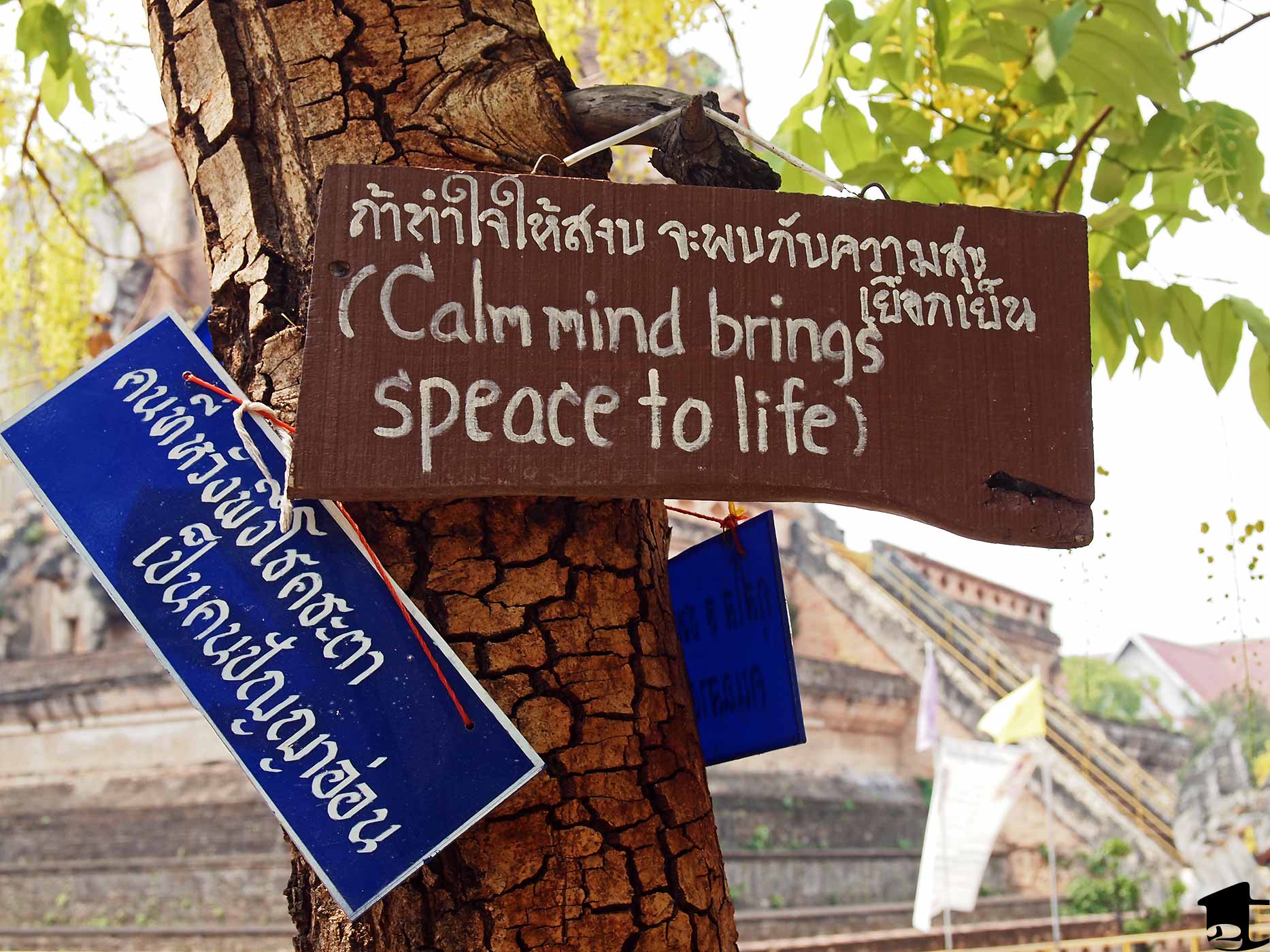 You can’t fault them for trying to translate the proverb into English.

We’re not snobs about it and we don’t go around expecting everyone to know English. Quite the opposite, we greet and thank people in the local language and try to learn as much as possible. Knowing how difficult it is to master another language, we really appreciate all the efforts made by non-native speakers.

In the beginning of our trip, we laughed at translation mistakes on printed materials — like when Russian menus listed “language” as a soup ingredient instead of “tongue.” Har har har, what a silly mistake! But as we’ve interacted with more non-native speakers, we have become more grateful and understanding. Instead of making fun of the imperfect way they use a completely different alphabet, we are thankful they care enough to try.