Welcome to our new series, called RTW Recovery Wednesday, in which we tackle topics that have made our transition back to the USA easy or difficult. Posts will offer a candid breakdown of what it’s like to return to what we used to call “home” after living in our own bubble as we traveled around the world for 14 months. Read our first recovery post about reexperiencing “American attitude.” 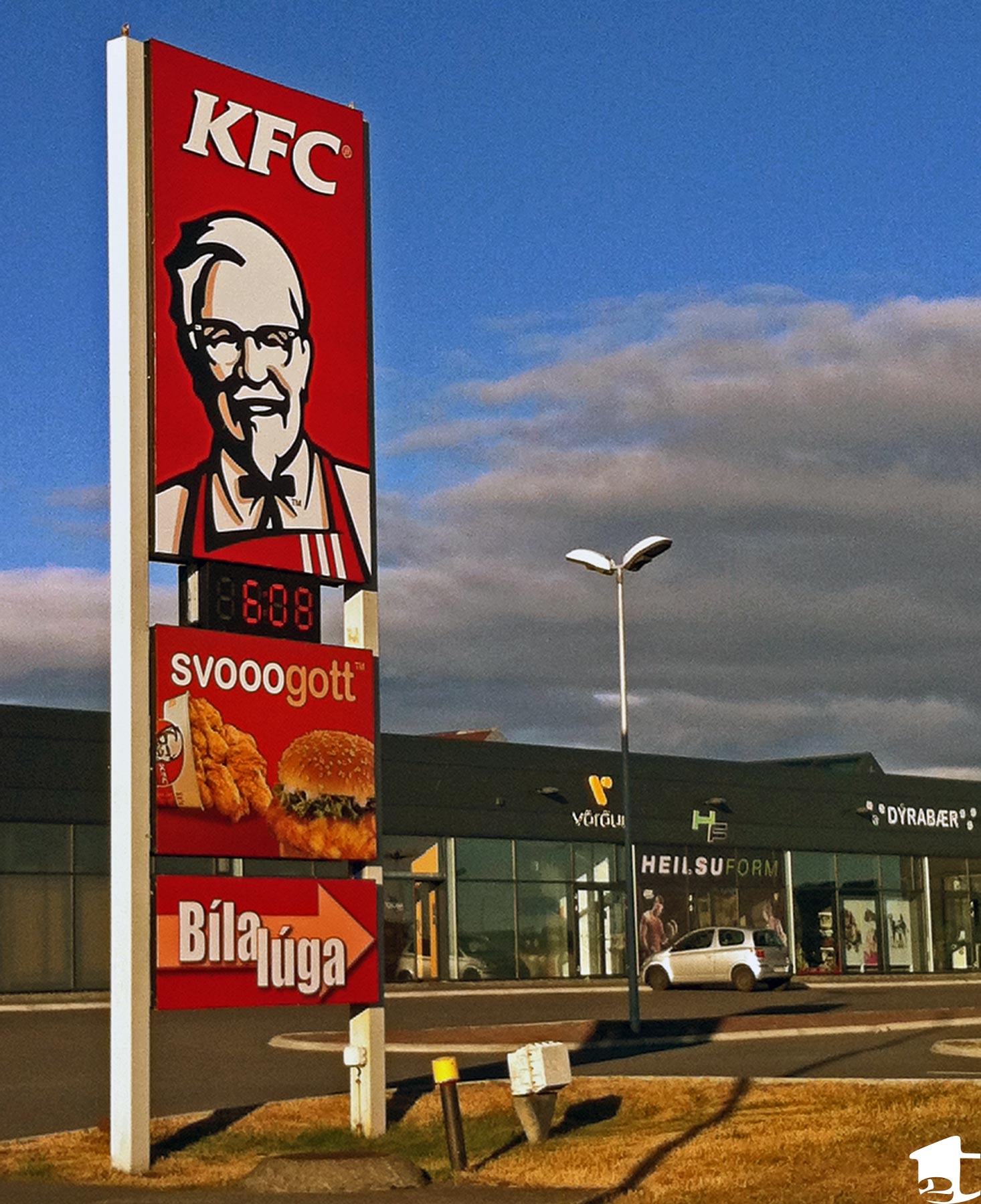 KFC in Iceland near Keflavík Airport.

We have experienced many culture shocks since returning but none as great as food. To understand why and how food is a culture shock, you only have to think of the constant interaction you have with it. Three times a day, you eat (this doesn’t even include snacks along the way). Often, the phrase “comfort food” refers to a type of food that brings you back to your childhood or just makes you feel good when you eat it. When you travel internationally for 14 months, your access to comfort food shrinks, and you adapt. What perhaps was easy to get ahold of in the United States is impossible to find on the road. Soon, our feelings toward food began to change—through our palate, our portions, and our loss of desire for Western dishes.

This shift began the second we stepped onto a plane bound for Iceland, our first destination. No matter where we went around the world, there were McDonald’s (except Iceland), Starbucks and Kentucky Fried Chicken restaurants. We traveled the world and could not escape American fast food. The same portion, the same flavor. Everything was being churned out with the expectation that if you walked into a McDonald’s in Singapore and ordered a Big Mac, it would taste the same as if you ordered it in New York. This meant access to our American comfort food almost any time we wanted it. There was just one small problem: Years ago, we stopped eating meat and poultry, and all but cut out fast food. So while there was constant access to food from home, fast food restaurants were foreign lands to us. 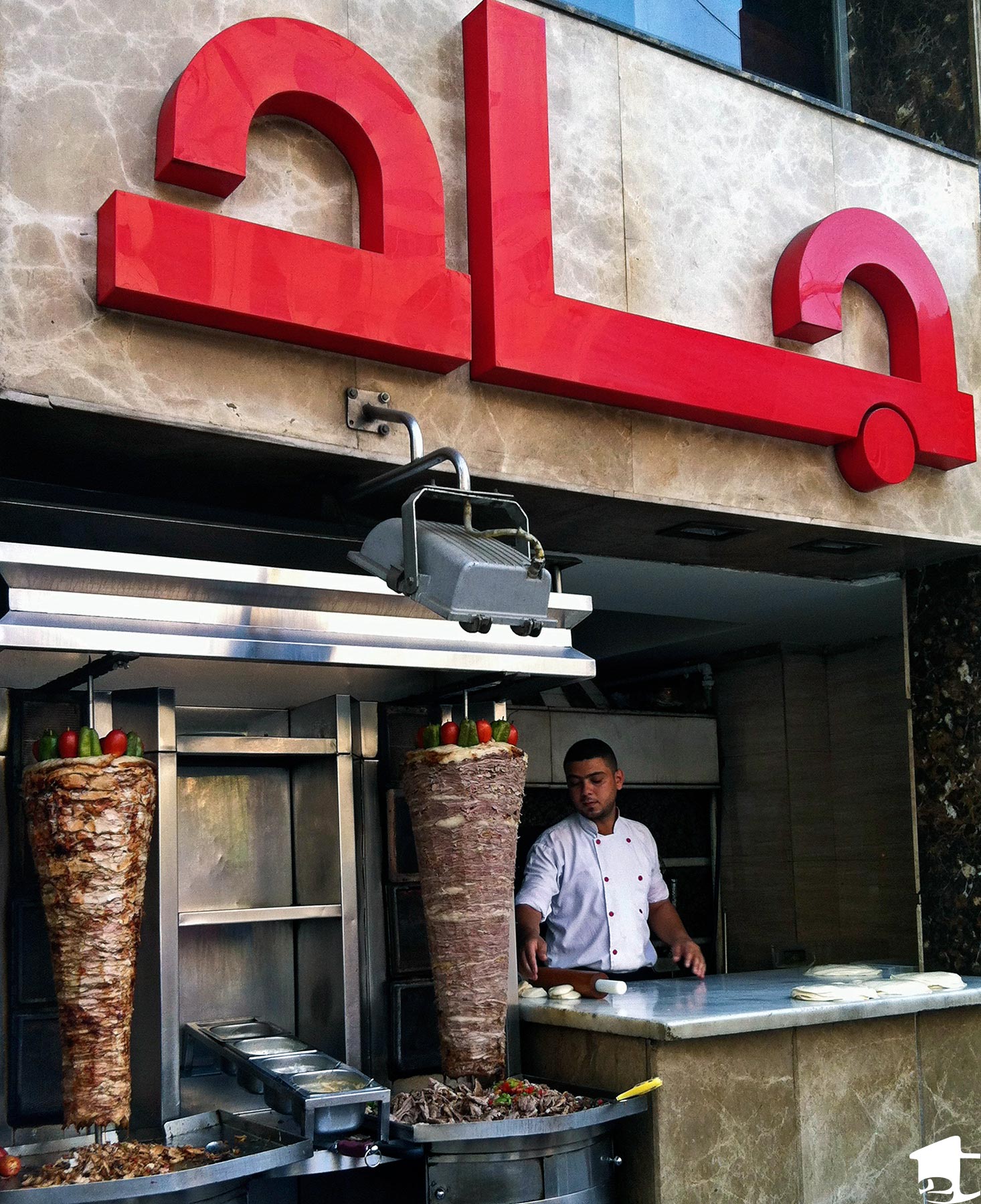 Order grub at Gad, a fast food chain in Egypt.

Four months into our trip, we joined a group tour (about 30 people) in Egypt. At one point, the guide offered to buy a local lunch for everyone. The number of people who did not want to try Egyptian food for the first time was staggering. Rather, they asked if we could stop at McDonald’s. They may have been afraid of getting food poisoning since it’s quite common for visitors to become ill at some point during their visit to Egypt. Some people have weak stomachs, and I get that, but food is such an important part of a country’s cultural identity. We opted for Gad, an Egyptian fast food restaurant, and ate some of the best falafel we have ever tasted.

Every time we ate, our opinion of what constitutes a meal slowly changed. Nowhere was this more apparent than in SE Asia. Soup is such a large part of the diet of several SE Asian countries. Not processed canned soup, but delicious, filling soup made with fresh rice noodles, crunchy vegetables and spicy chilies.

Since returning, we have made soup a regular staple in our diet, down to the dehydrated shrimp (for sweetness) and fish sauce (for extra flavor). Tara’s aunt and uncle, who we have been staying with, looked on in horror when we made fish stock from leftover bits of mackerel that I filleted (yes, including the heads). “You know, you no longer have to eat like you live in a third world country,” one of them jokingly commented. And just like that, reality set in. Our taste buds had become expats. They had tried enough processed foods in restaurants and supermarkets and were unhappy with what America had to offer. Somehow, Thailand, Vietnam, and other countries had enticed our taste buds to vacation there, and we don’t know if they are ever coming back.