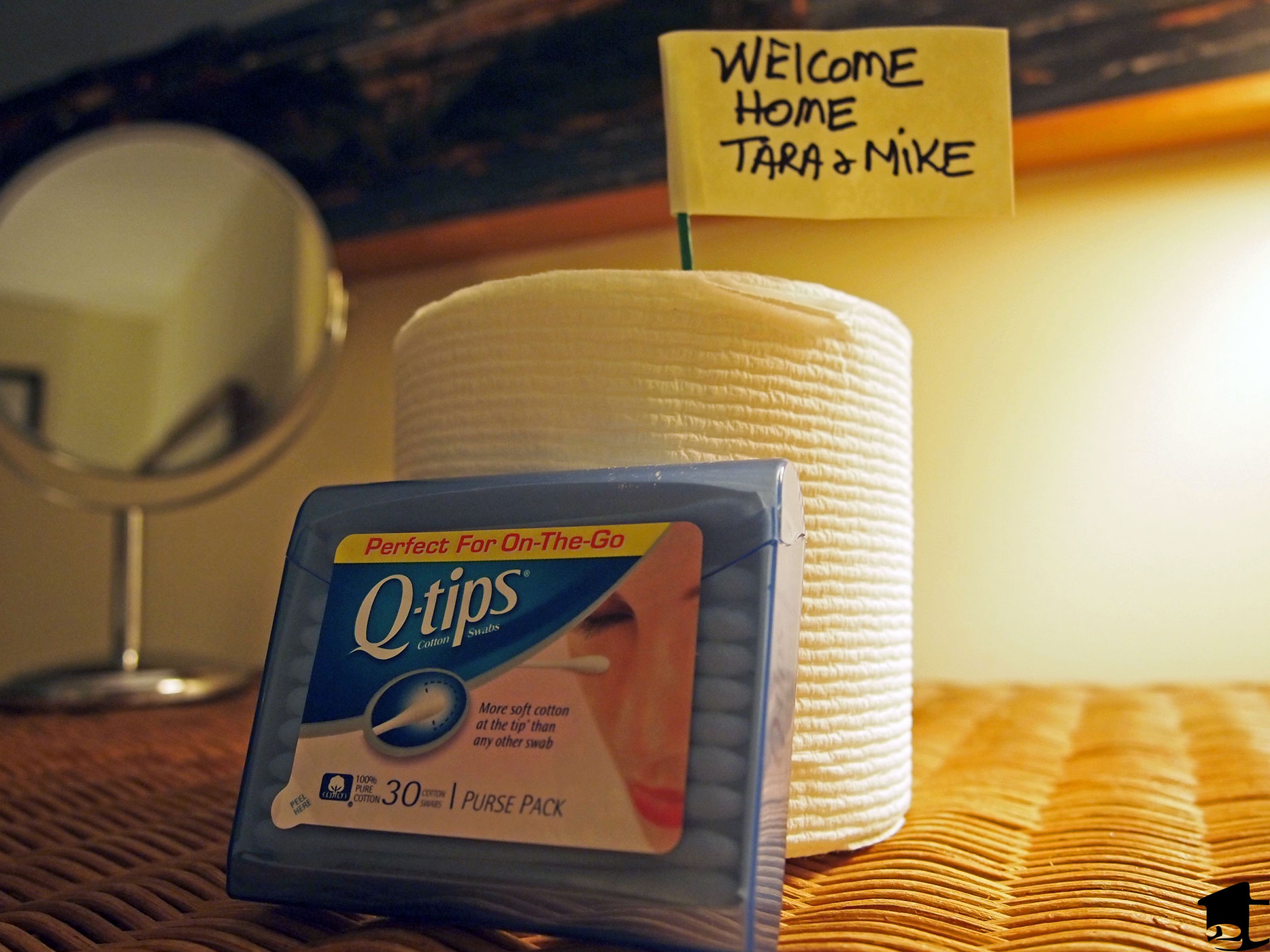 Two things we could not have been happier to return home to. Thanks, Lisa and Rick!

Welcome to our new series, called RTW Recovery Wednesday, in which we tackle topics that have made our transition back to the USA easy or difficult. Posts will offer a candid breakdown of what it’s like to return to what we used to call “home” after living in our own bubble as we traveled around the world for 14 months.

Leading up to our return to the USA after 14 months of RTW travel, everyone had something to say about reverse culture shock. Mostly that it was inevitable. Everything they said scared us more than the thought of jumping off a cliff again. Time out, time out! Didn’t we grow up in America? Don’t we already know that a $1 soup in Thailand costs $7 in NYC? We didn’t lose our memory, we just disappeared for more than a year.

Reverse culture shock, to me, is like a new relationship. I don’t want to keep comparing my new boyfriend to my last boyfriend, but my last one is still so much more familiar, and I can’t help it. I have to move on, stop saying that the new one should have certain attributes that the old one possesses. For example – and this isn’t even my biggest complaint about America – I have always known that Americans can be pushy, short-tempered and rude to strangers. After spending more than five months in Southeast Asia, where “saving face” is an important aspect of the culture, I cannot even imagine having an attitude with someone. It just seems so pointless and self-centered to me now.

Aside: To make sure you completely understand, “saving face” means that you want to maintain a good self image so that people respect you. Because this is so important in Southeast Asia (and elsewhere, I’m sure, but I can only relate it to where I’ve been), you will rarely see people acting in ways that would hurt their reputation. Having a negative attitude, shouting in public and verbally abusing another person are against the unspoken rules.

Mike and I are currently residing outside of Washington, D.C., but I flew to south Florida a couple weeks ago for my sister’s bridal shower. I grew up in south Florida and I know the type of people you may encounter. You almost have to walk on eggshells all day and never ask, “how are you” or you’ll awaken a beast in someone. 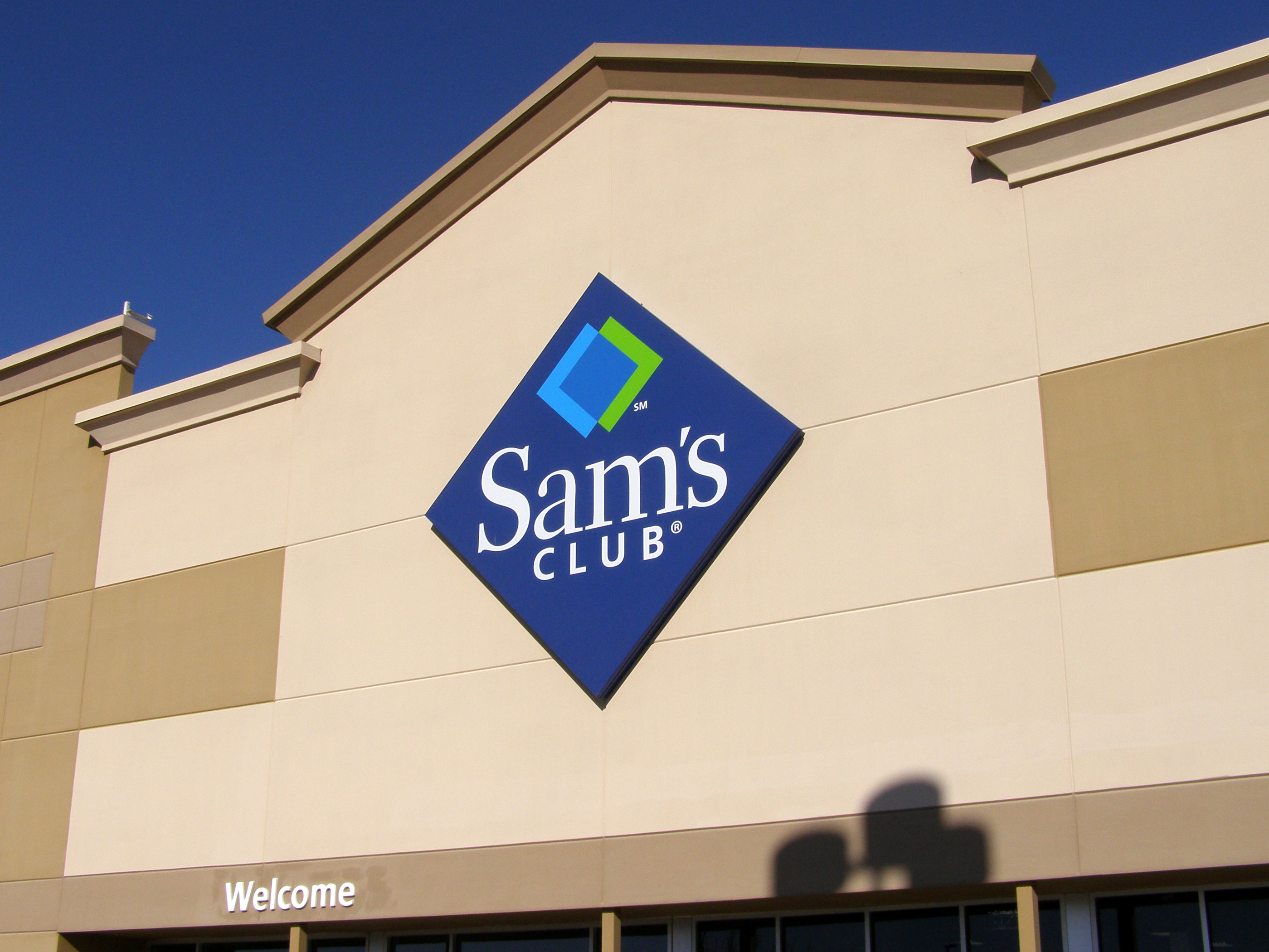 Well, I was shopping in Sam’s Club with my mom and sister and was patiently waiting in the long checkout line. (For those who don’t know, Sam’s Club is a members-only wholesale store that sells items in bulk for people who own a concession stand, have an extra large family or are stocking up for the zombie apocalypse.) Ahead of us, a woman and her son were arranging their purchases on their extra large cart so that the barcodes were facing outward. This, the woman thought, would make it easier for the cashier to scan the items. Apparently, Sam’s Club employees are trained to request that you place all your items on the conveyor belt so they can ensure no one steals anything by hiding it among packages in their cart. This is actually well known to anyone who has ever purchased anything there.

The male cashier said something along the lines of, “You would have made it easier for me if you put your items on the conveyor belt.” (I assume he asked her to at first, and she must have refused. I honestly wasn’t paying very close attention.) The customer responded with some serious attitude. She literally went off on this poor guy, screaming at him about how she did make his life easier and how he wouldn’t know it anyway because he is “just a cashier.” Oh no she didn’t. Yes she did.

I was so embarrassed by the situation – which, by the way, I was not even part of – that I could not bear to look at either of them, or the woman’s young son. I stared at a package of Gatorade behind me, thinking, “I used to down that stuff in high school.”

Later, this incident was a great topic of conversation between me, my mom and sister and the bridal shower attendees. But internally I was thinking, “That would not happen in Southeast Asia.” Ok, yes, we did see people in Southeast Asia not acting as poster children for saving face, but it was oh-so-rare. I was back in the States for barely a week and already witnessed something I hadn’t seen since I left. I couldn’t help but compare my old boyfriend, Southeast Asia, to my new one. He was so much better at keeping his cool.

These types of reverse culture shock experiences are something Mike and I are slowly re-acculturating to. We’re living in the DC suburbs and trying to take in America only a little bit at a time. Too much of my new boyfriend will make me feel smothered. I need to be eased in to this relationship. The Sam’s Club incident was a good reminder of what I’m up against. I just have to remember the patience, empathy and positivity I learned while traveling, and continue putting that into practice. Otherwise, this return will be difficult.

Another thing that honestly scares me about America is the food served in restaurants. That will surely be the next RTW Recovery Wednesday topic!

See what Mike has to say about navigating the food scene since we’ve been back.