The best iced coffee I have ever had was in Pakse, Laos. Surprised? I was too, but southern Laos’ Bolaven Plateau produces high quality coffee beans (you can thank French colonization for that). The local cafes know how to brew it well, so every cup Mike and I had was absolutely brilliant. Southeast Asia’s coffee culture made the region home to our most memorable cups of joe, particularly those cranked out by Singapore, Malaysia and Vietnam. We fell so in love with Vietnamese coffee that we left clothes behind so we could stock our backpacks full of Vietnamese coffee filters and Trung Nguyen beans. Hardcore, right? 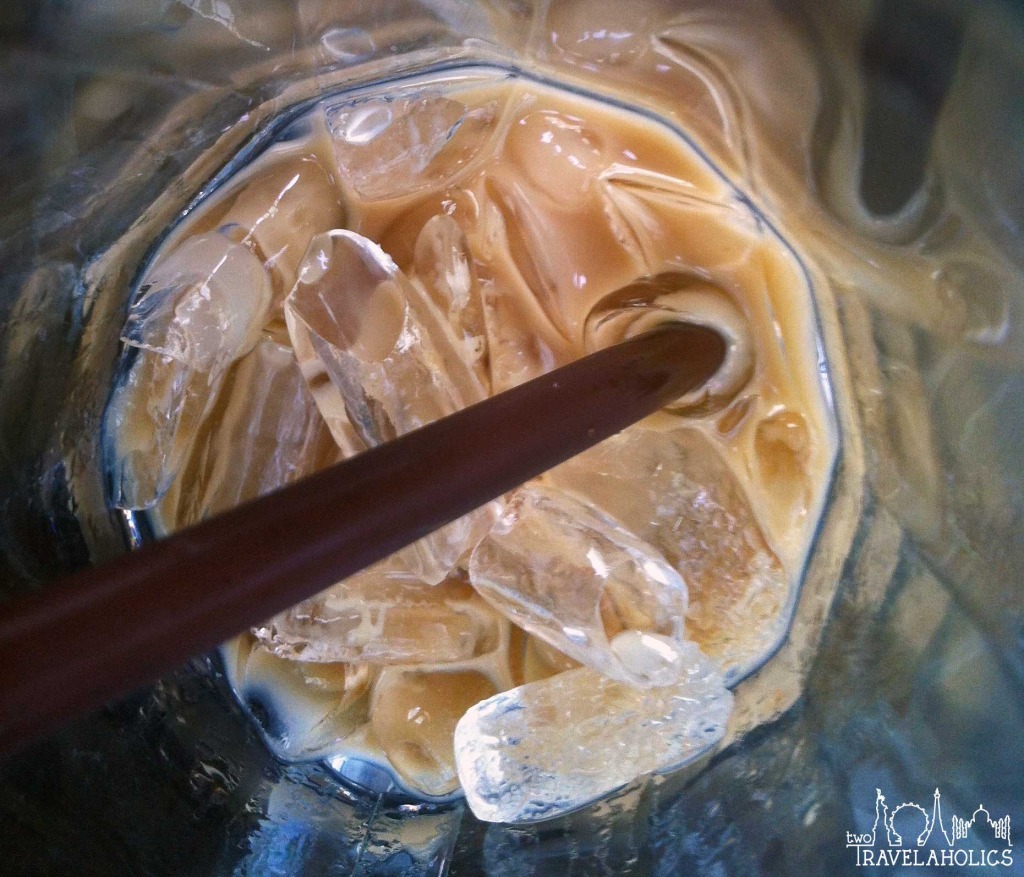 The best coffee of my life! I wanted to savor it forever.

Brewing and serving techniques varied widely, and it was quite interesting to learn about the variations as well as the history of coffee within each culture. We didn’t set out on this trip excited to taste coffee around the world, though. Quite the opposite, we viewed it as a beercation of sorts, where we’d have the opportunity to try beer we can’t find at home (and did, but that’s another post). However, it’s worth it to note that Mike and I really enjoy coffee. Not just because the burst of energy it provides or the way it makes my hands shake when I consume too much caffeine. We both love to savor the rich, bold taste of a freshly brewed cup of coffee.

We didn’t encounter Starbucks everywhere we went during our 14-month RTW trip, so it was up to the mom-and-pop cafes to impress us with their local techniques. And impress us they did! Except in the case of a few countries that enjoy tea so much they neglect all things coffee and instead rely on Nescafe instant (Boo!). You’ll probably have a few “ah-ha!” moments as you read through the country list below, and hopefully you’ll learn a thing or two even though this isn’t meant to be a fact-heavy post.

Iceland: This country has a drinking culture with a coffee problem. “We’re coffee people. We don’t do tea here,” a guesthouse receptionist told us. They love the black stuff, and it’s solid, albeit expensive. We mostly had gas station coffee since we spent two weeks driving around the island, but it was still tasty. 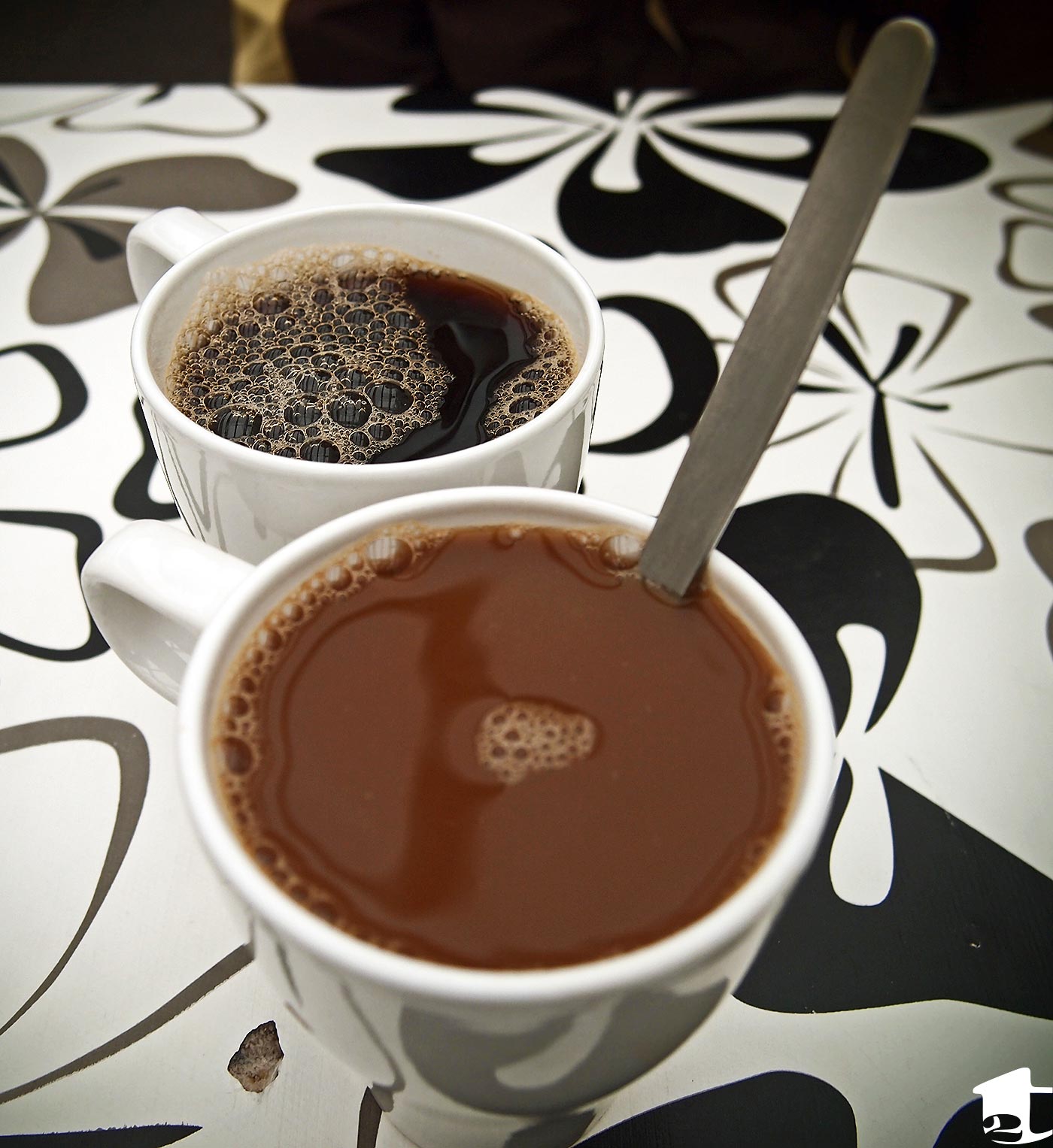 Our first cups of coffee in Iceland.

Finland: Had some sahti beer but no other drink was memorable. Did we even drink coffee there?

Turkey: Turkish coffee! Yum yum! It’s super thick and if you drink too much you’ll get the shakes for sure. You have to think of it more like an espresso shot.

Portugal: The wine and port were more memorable than the coffee.

Morocco: We had delicious coffee at Moroccan cafes. But since we like to employ the “when in Rome” tactic, we consumed as much Moroccan whiskey as possible, aka Moroccan mint tea.

South Africa: We were on a big instant coffee kick in SA, courtesy of Woolies. It was pretty good actually (not Nescafe), and we continued to enjoy the large container we bought as we traveled through Namibia, Botswana, Zambia, Zimbabwe, Malawi and Tanzania.

India: Masala chai is to India as mint tea is to Morocco. Don’t mess with perfection. India has no coffee culture, so anything you are served will inevitably suck (read: one packet of Nescafe instant to 4 cups of water).

The one time we had amazing coffee was in Kumily, in southern India. The nearby region grows high quality coffee beans and exports them. Lucky for us, they also sold and served it locally. We were in heaven the week we were there. Our favorite was ginger coffee, which had a little punch to it.

Singapore: Oh em gee! I’m a Kopi-O gal (that’s black with sugar) and Mike’s a Kopi-C man (with condensed and evaporated milk). After consuming watered-down instant in India, we were thrilled to drink coffee that we wanted to savor. We thought it couldn’t get any better until our next country… 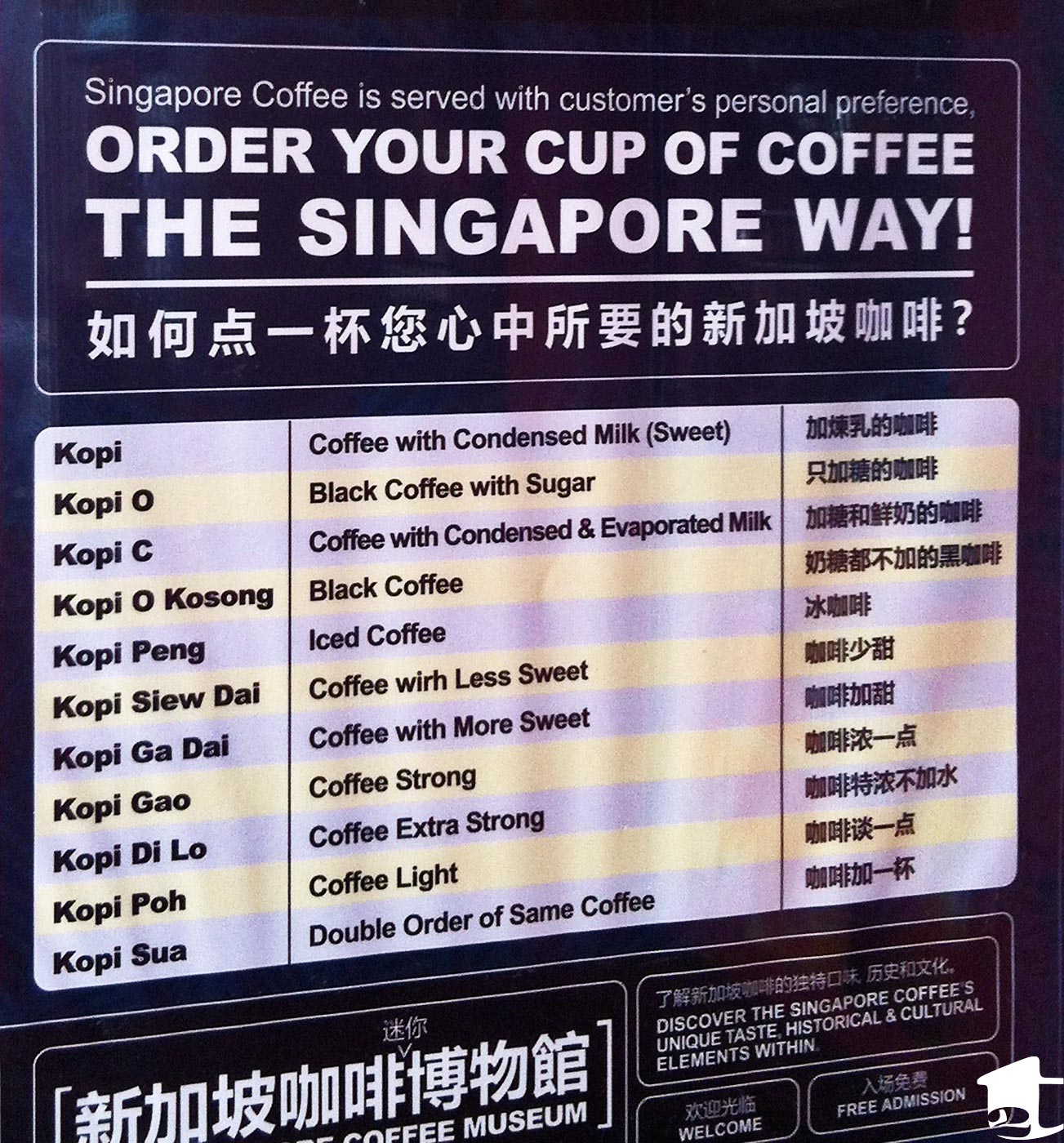 Malaysia: Two words: white coffee. The coffee culture in Malaysia is huge, and for good reason. The city of Ipoh is cranking out high-quality beans that Malaysians are keeping for themselves. The beans are roasted with margarine, and the brew is mixed with condensed milk to make it taste like a symphony in your mouth. It doesn’t even matter if it’s freshly made or instant white coffee, as they are both delicious.

Also noteworthy is teh tarik (“pulled tea”), which is poured (at a far distance) between cups to aerate the tea. It tastes similar to masala chai.

Thailand: Thai iced coffee and Thai iced tea are delicious and addictive. Southeast Asians are big on mixing evaporated milk and condensed milk with coffee, and there are variations served throughout the country. You’re guaranteed happiness in a glass when you order Thai iced coffee. I honestly can’t remember if I even drank it warm. Given the heat and humidity there, I probably didn’t try it.

Myanmar: Another tea culture thanks to the British. The fact that there are tea houses everywhere is a big giveaway. Coffee in Myanmar was unmemorable, which probably means we were drinking Nescafe instant coffee when we did have coffee. We were on a Shark and Red Bull kick (energy drinks) because they were cheap, so we actually didn’t drink much coffee anyway.

Cambodia: The coffee was really good, but the sugary high always left me feeling like I needed a shot of insulin afterward. Mike was pretty hooked on coffee shakes.

Laos: I’ll remind you that I had the best iced coffee of my life in Laos (at Bolaven Café). Like Cambodians, they brew it strong and mix it with a generous helping of sweetened condensed milk. It was great around the country, whether warm, iced or in shakes. Personally, I like my coffee black and warm, but the addition of condensed milk (and subsequently ice) does make it heavenly. 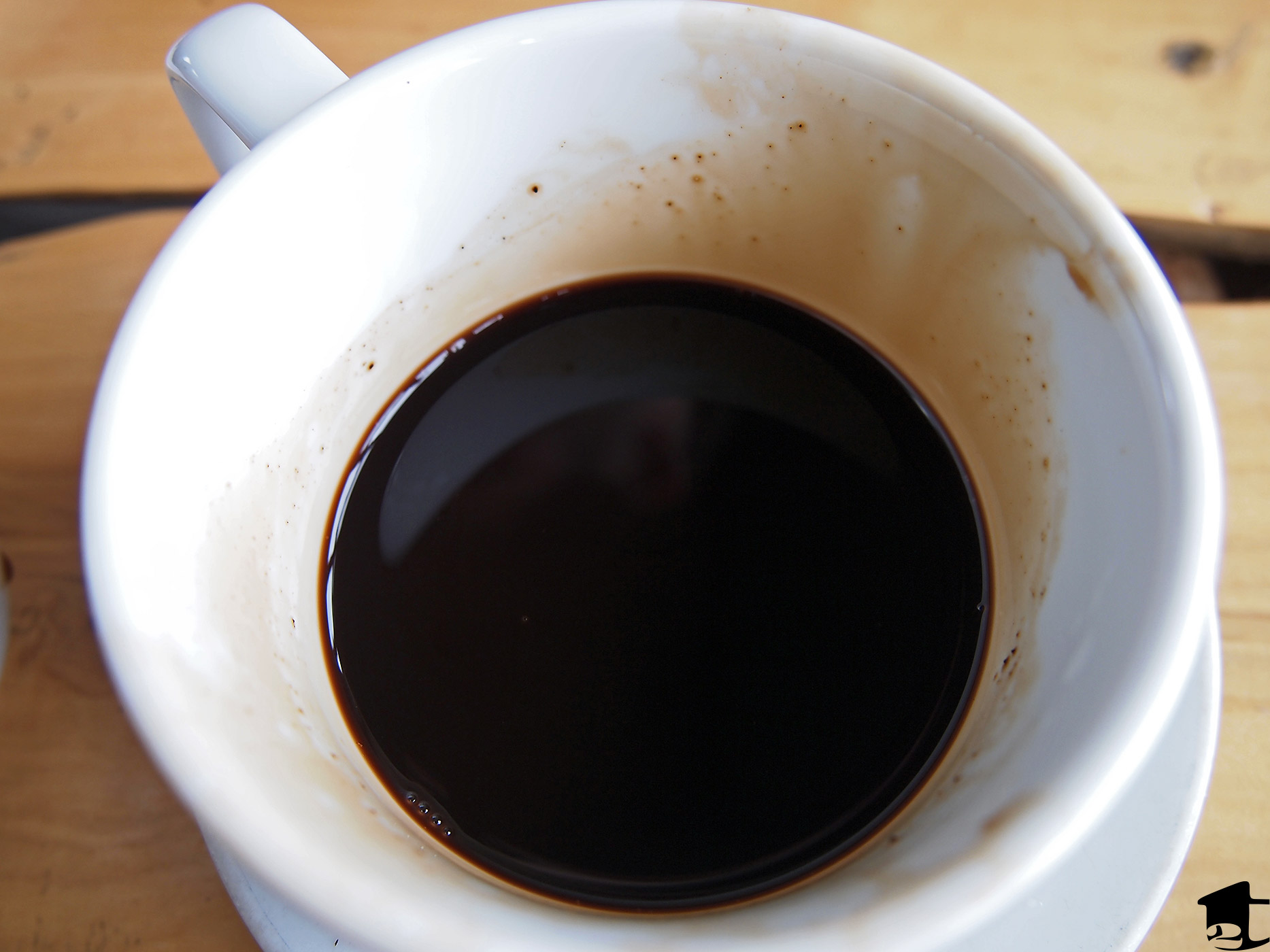 “Weasel [poop] coffee” in Vietnam, brewed just like the others. See how thick it is along the inside of the glass?

Vietnam: Oh, Vietnam! Now these people know their stuff. The beans are robust, the brewing technique is smart and the end product tastes like liquid chocolate. If you’re able to drink black coffee in Vietnam you must have no taste buds. That stuff is strong and bitter. To make it palatable, they pour in a thick layer of condensed milk first (in English, they understand it as “sweet milk”). To brew it, they use a filter that is set on top of the glass so the deep black brew drips directly into the cup. In Hanoi, we tried egg coffee with our travel buddies Amber and Eric, and it was incredibly delicious!

Where in the world have you had the best cup of coffee?