Welcome to our all-new series called Friday Chewable: Food for Thought. Once per month we will post a new topic to open your mind, challenge your ideas or just give you something to think about over the weekend.

The first installment of Food for Thought deals with litter.

For many, littering is absolutely unacceptable and unthinkable. We, Mike and Tara, fall into that category and always hold onto our garbage until we find a trashcan to throw it away in. However, the people of many developing countries we visited do not share that mentality.

If garbage cans even exist throughout a city, they are completely ignored, as evidenced by the left-side photo (This is not exclusive to India, where this photo was taken. We witnessed this in many countries.). Countless people throw plastic bags of waste into waterways, out bus windows and onto the street. Numerous reasons could come into play, but mostly it comes down to education, attitude and enforcement. 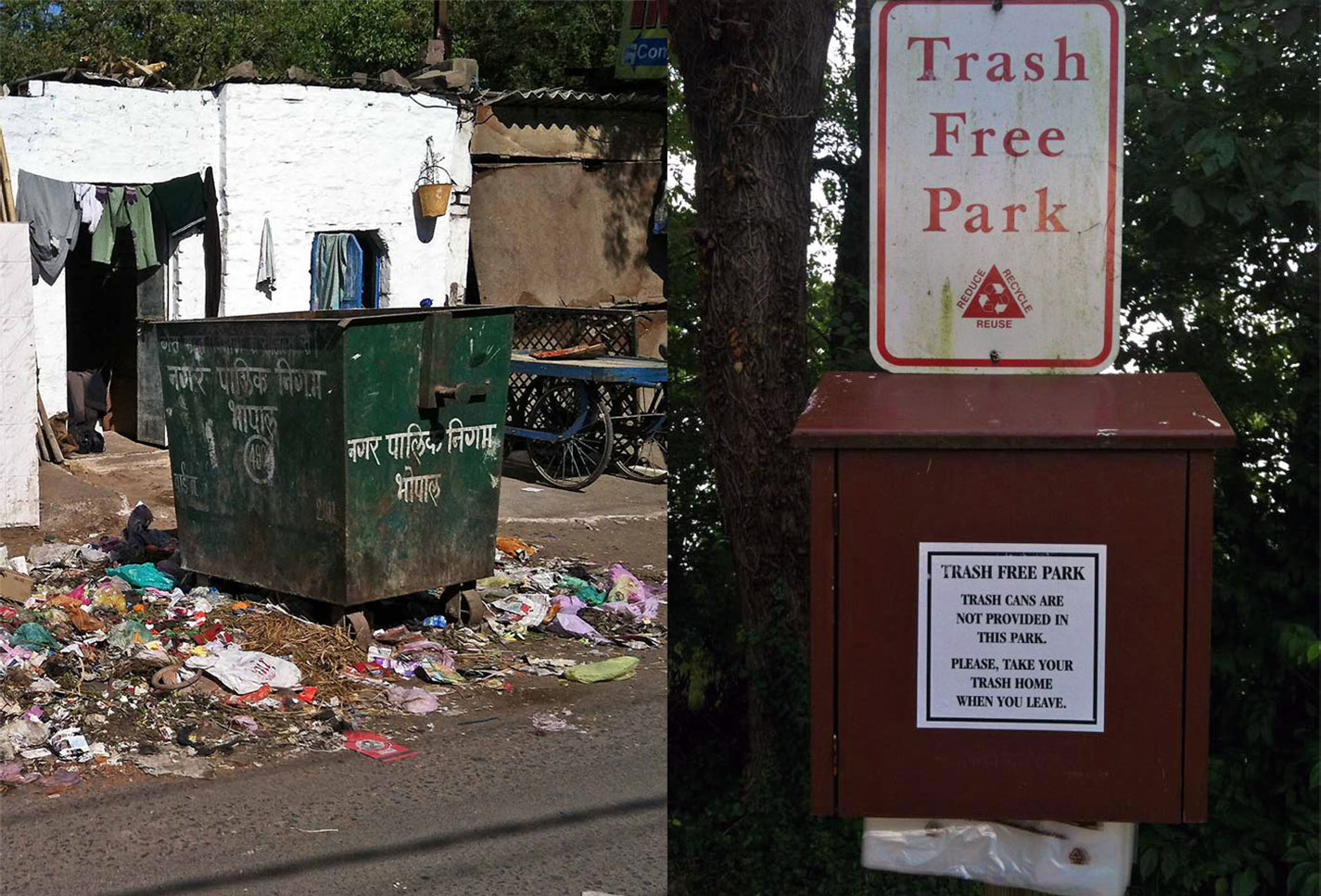 Before heading out for a run on the C&O Canal Towpath in Maryland, USA, we saw the sign in the photo to the right. Even though there were no garbage cans along the path, there was no trash on the ground. No one walks the length of the canal to police visitors, but the mentality of those visitors is obviously different. They could easily toss tissues and food wrappers onto the dirt but choose not to.

Are trash-free sidewalks something you often take for granted? We used to. After stepping over (and on) trash for months, we are thankful to live in a country that makes such a big deal out of littering that it fines people who do so. Is this topic something you ever gave much thought to? What are some other things you think you take for granted?