Third-world poverty isn’t easy to mentally deal with. Besides the upsetting sight of seeing fellow humans living in horrid conditions, it is hard to grapple with the thought that they earn so little (even by local standards) and somehow survive.

We haven’t tackled this topic on our blog yet, but it’s well-known that third-world countries are riddled with beggars and … let’s call them entrepreneurs. Most of our RTW trip has been throughout developing countries, so we’ve encountered our fair share of people looking for handouts. 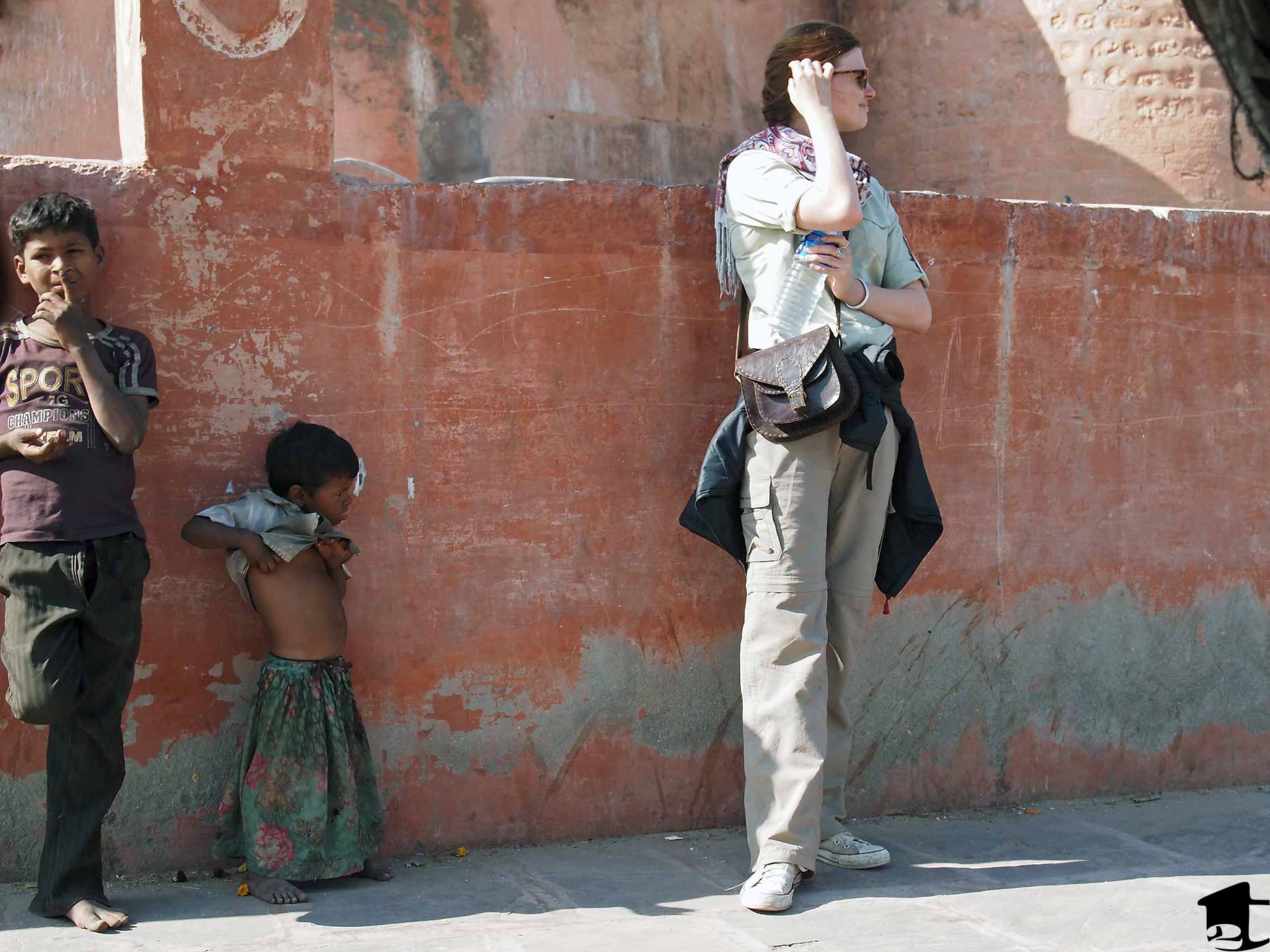 In Bikaner, India, these children were asking this woman for money, then harassing her after she said no and tried to ignore them.

No matter where we travel, our outlook remains the same: Do not encourage a begging culture. It is hard to look into the eyes of those who approach you and say “no.” It is even more difficult to completely ignore them. But it is much easier after you see how pushy some of these people can get because they expect your money. We have even had young children in both India and Cambodia hiss at us when we said no.

Children can be the most difficult to deal with simply because they are often the most persistent. They are fearless and creative. More often than not, they won’t just put out an empty hand. They’ll put a flower in your empty hand. Or try to give you unsolicited tour-like information as you walk. Ask for food. Dress up and dance outside your taxi window. Show you the infant in their arms and ask you to help the baby. No matter what their creative means for getting your money, your response to children should be: “No, go to school.” Encourage education even if the country’s leaders are not. Responsible tourism is a long list of do’s and don’t do’s, and one of the do’s is to encourage an educated and productive society. If the country closes its borders to tourism tomorrow, unskilled beggars would suffer the most.

Unfortunately, it took us some time to understand the different types of begging and learn to say no. When we were in Alleppey, India, kids would come up to us and ask for pens. They would say, “One pen. Not candy. One pen.” It seemed harmless. The state of Kerala has a high literacy rate, so we thought they wanted the pens for educational purposes. We gave out a few pens in Alleppey, but a week later in Kumily, India, our guesthouse owner told us what really happens to the pens: The kids take them to the market and sell them. He stressed that this is a big problem because foreigners don’t know better and it’s a bad habit for the children to fall into.

What we learned is simple: If you want to donate educational supplies (pens, paper, books), give them directly to a village elder or school staff member. Handing freebies to children leads them to believe they can receive anything they request, thus encouraging a begging culture in the same way that giving money to someone on a street corner does. 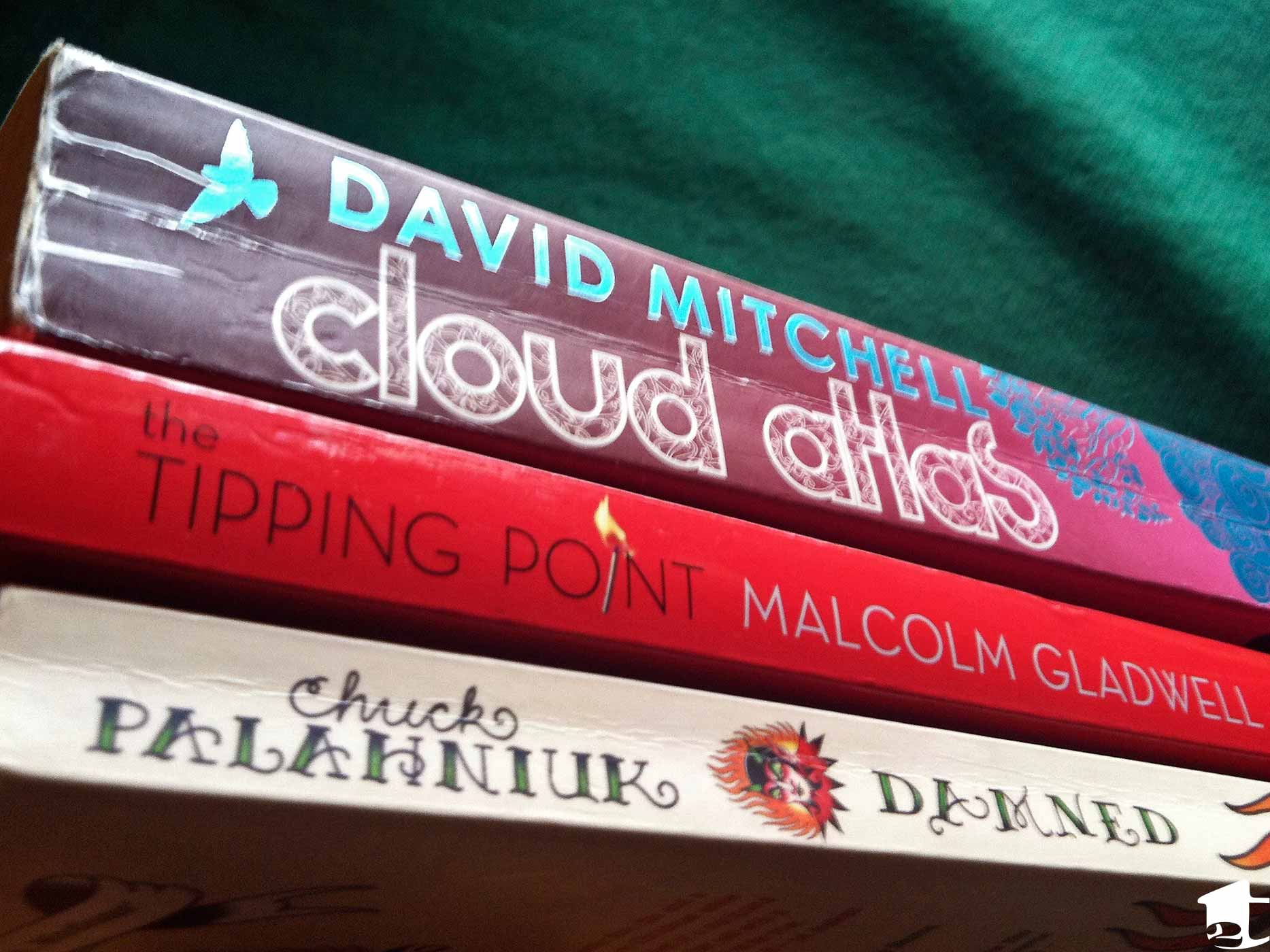 If you want to donate books, give them directly to an organization or community leader instead of handing them to children or adolescents.

Similarly, do not give money to children even if they say they are using it for school. This may seem obvious, but at the Angkor-era temples in Siem Reap, we saw foreign tourists handing money to children in school uniforms. We couldn’t believe our eyes. It’s annoying enough to be bombarded by hawkers at the temples’ entrances, but now we have to turn away beggars inside the temples too because they think they can receive handouts.

Just as heart wrenching as children begging for money are disabled people and amputees. In Cambodia, many people are missing limbs as a result of land mines, UXOs (unexploded ordnance) and atrocities committed by the Khmer Rouge. The government doesn’t provide these people with welfare and it’s hard for them to participate and compete in the workforce of a developing country. So what do you do when you encounter a beggar at the Killing Fields who is missing a limb? As always, it’s up to you, but you have options.

If you do want to help the local people, find worthy organizations that support the community and donate your time, money or useful items. You can find groups to donate to by researching online, talking to local people and asking friends for recommendations. If you cannot find an organization that suits your interests, go directly to schools, clinics, etc., and talk to the staff about ways to help.

“Entrepreneurs” are at the other end of the begging culture spectrum. These people find creative ways to earn money instead of just asking for it, but they can be persistent and annoying like typical beggars. Entrepreneurs are the ones who interrupt your beach siesta to ask if you want a foot massage for a small price. They stop you on the street to offer a manicure. They interrupt your al fresco dinner to sell you flowers or sunglasses. 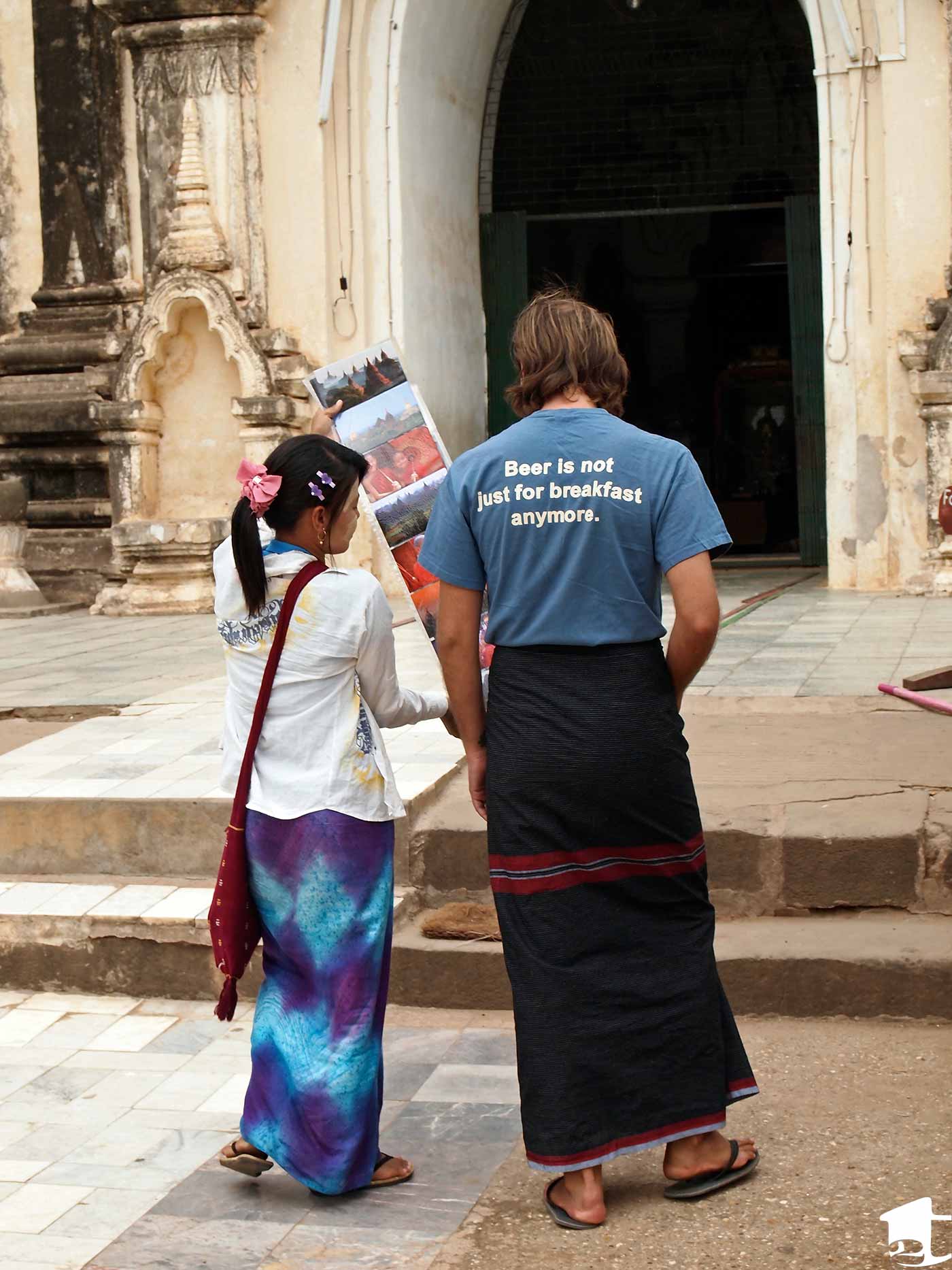 These “entrepreneurs” are a nuisance, but what if you do want a foot massage? You could liken them to mobile ice cream vendors, in that they can be annoying unless you do want their products or services. Aren’t they just trying their best with the skills they have to earn a living? For me, it’s a quandary.

I was getting annoyed by the multitude of entrepreneurs making rounds on the beach in Goa, and having meals in Phnom Penh interrupted by sellers of fake merchandise. It was almost more annoying than the hordes of tuk tuk drivers asking on every block if Mike and I wanted a ride. (No, nothing is more annoying than persistent tuk tuk drivers!) But then I met a lady on Serendipity Beach in Sihanoukville, Cambodia. Let’s call her P.

P came up to us full of smiles and was determined to thread my leg hairs, but I really didn’t want her services. Mike and I were playing cards and enjoying a beer on the beach when P approached us. She insisted that I let her do a demo on my right leg, so I said ok. Throughout the whole interaction, she had a very friendly demeanor. I’ve encountered quite a few people like her and none have been as nice. I liked her, but I didn’t think I’d enjoy what she was about to do.

P put baby powder on a small spot, and as she worked the thread I could feel her pluck out each individual hair. While I liked the idea of not having to shave, I couldn’t imagine the unpleasant feeling of having this done to both of my legs. I thanked her for the demo and said I wasn’t interested. She asked me to think about it and if I decided I wanted it, she would be waiting nearby. “Don’t forget my face,” P said. I was hers, she marked me so no other wandering entrepreneurs could thread my leg hairs. “Ok, I’ll think about it, and if I want it I’ll find you.” 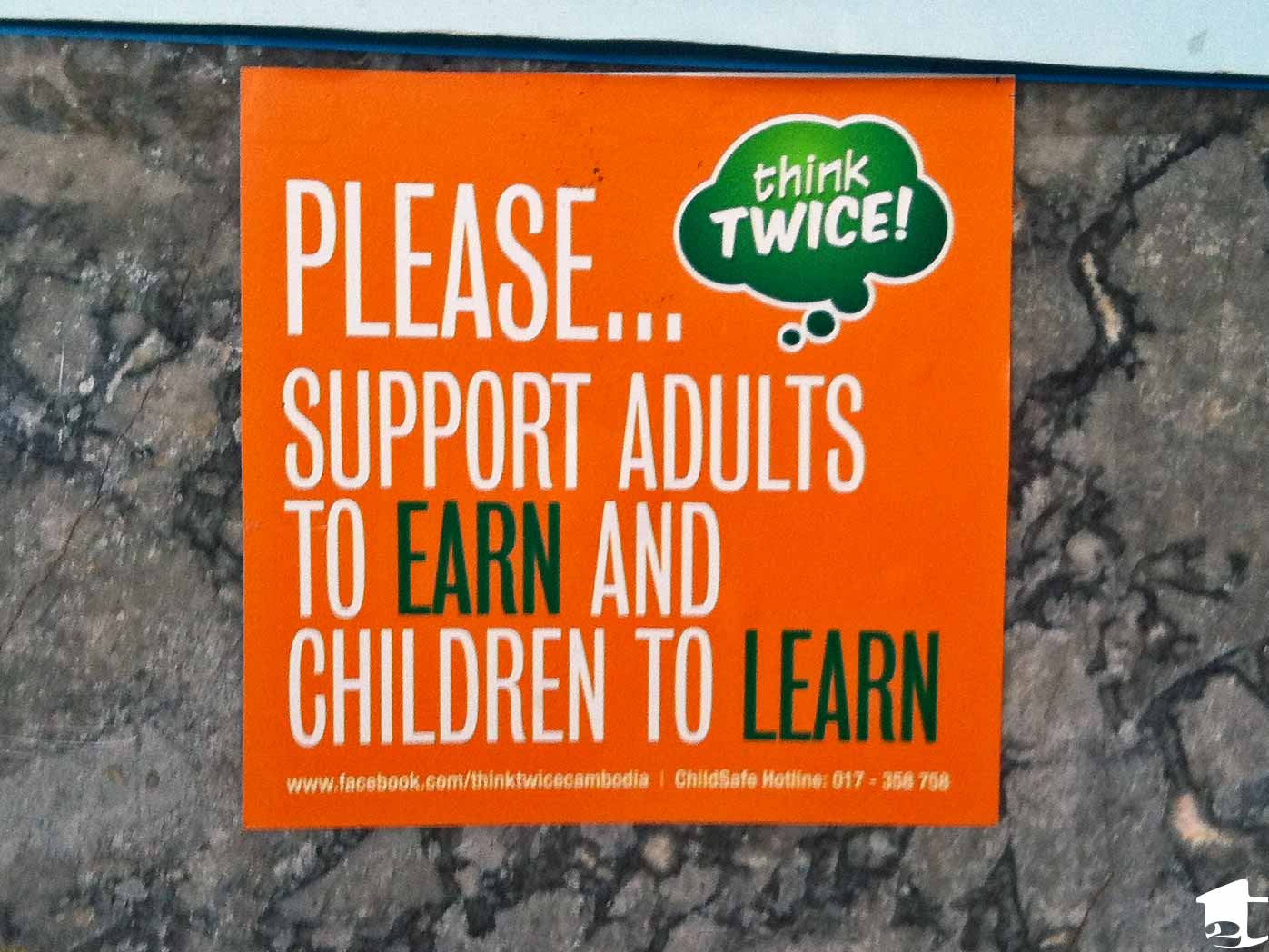 You can support adults to earn, but how can you do that while discouraging persistent begging-like behavior?

After P left, Mike and I talked about these entrepreneurs. We recently read an article about street vendors in Hanoi who make a pittance every day but need that income in order to survive. A 2008 law banned some of these impoverished vendors from the streets in order to westernize the city and the rest of Vietnam. Many of them are very old, and this is their livelihood. Without the small income from their food cart, they will have nothing and little chance of survival. This may sound exaggerated, but after traveling through poor countries for so long, I can see exactly how something like that can happen. It’s terribly sad, and P was most likely in a similar lifestyle situation. She probably walks the beach every day hoping for enough clients to earn a livable wage.

But are she and others like her just glorified beggars? By using their services, are you still encouraging something that shouldn’t exist? You could argue that at least they have a skill and are offering a desirable service even though they can’t afford a stall or store. But it is the entrepreneurs’ actions – their off-putting persistence and begging-like qualities – that make them so undesirable.

What do you think a traveler’s role is when encountering such entrepreneurs? I usually decline their services, but I’m conflicted as to whether their line of work should be encouraged.