This article is not going to be about our experiences in Northern India. Tara already took on the topic here. Instead, in an effort to showcase the good of this country, let us look south to the Kerala region. 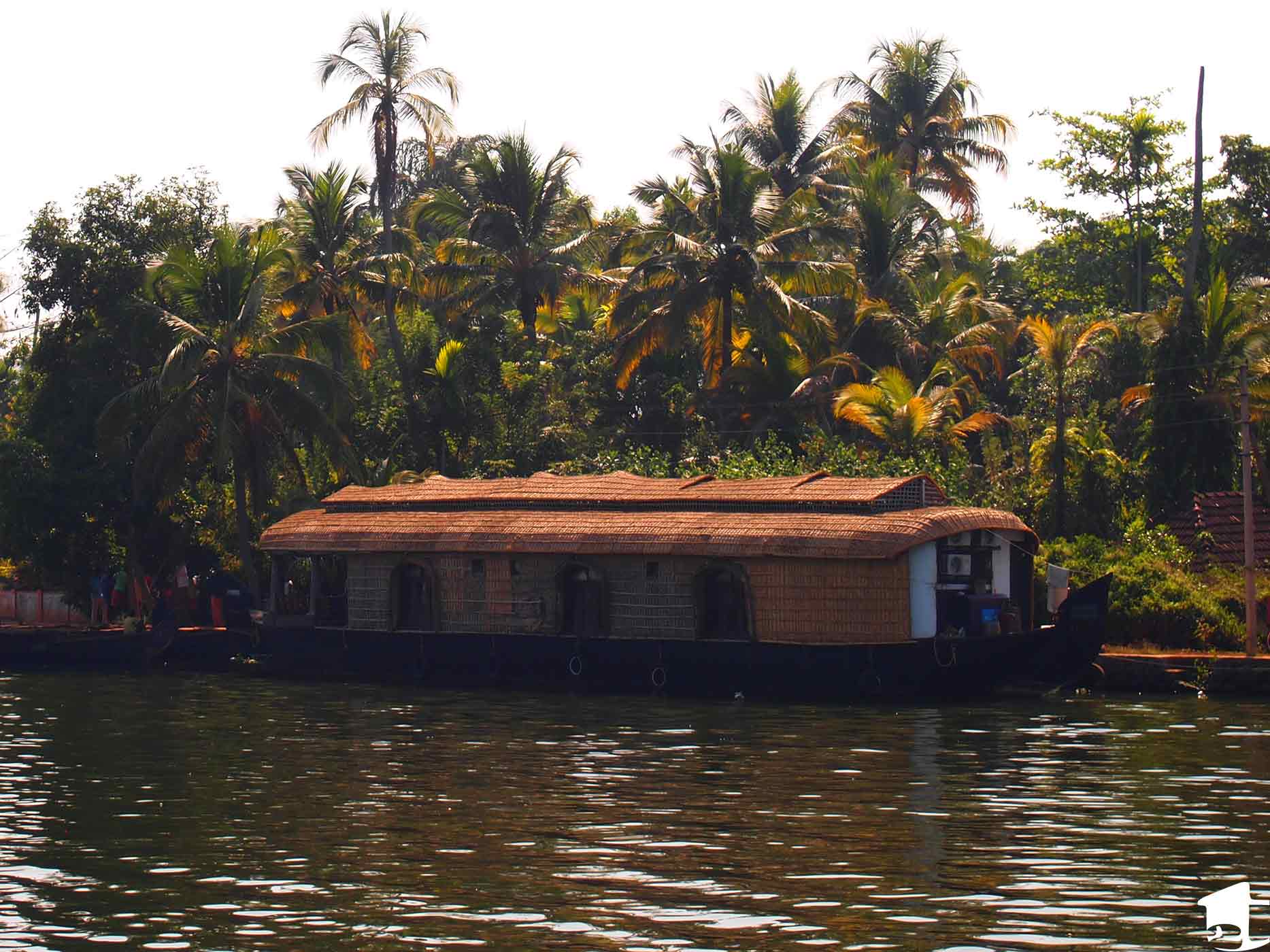 Currently, I sit on the porch of a homestay in Alleppey, a small town in the backwaters of Kerala. This town is best known for the canals and lakes that surround the area and the number of houseboats, canoes and shikaras that will take you around the waterways. Leisurely cruising around in houseboats for a day or two is indicative of the laidback mentality of the region.

Much like how the American South runs a little slower than New York City, likewise, Indians as you move further south are more apt to engage you in conversation or even just smile as you pass them on the street. Besides a friendlier attitude, as a Westerner, you feel less as a dollar sign to them. Tuk tuk drivers, fruit vendors and generally anyone selling anything with a price tag seems to quote fair prices. Even government-run liquor stores have a large price list displaying the cost of everything they carry. Negotiating cost can be one of the more exhaustive parts of international travel.

Besides friendly people, Kerala has been a highlight due to the food, both in regards to cost and taste. In Fort Kochi, Tara and I had discovered a small, hole-in-the-wall place called, “Talk of the town.” All it took was one meal and we nearly extended our stay by an extra night so that we could eat two more meals there. (Sadly, our hostel did not have availability, so we had to settle for eating there only three meals in a row. When we told the owner that we were moving onto Alleppey he said, “That’s bad for us.”) We are quietly planning our return since we fly out from Kochi. 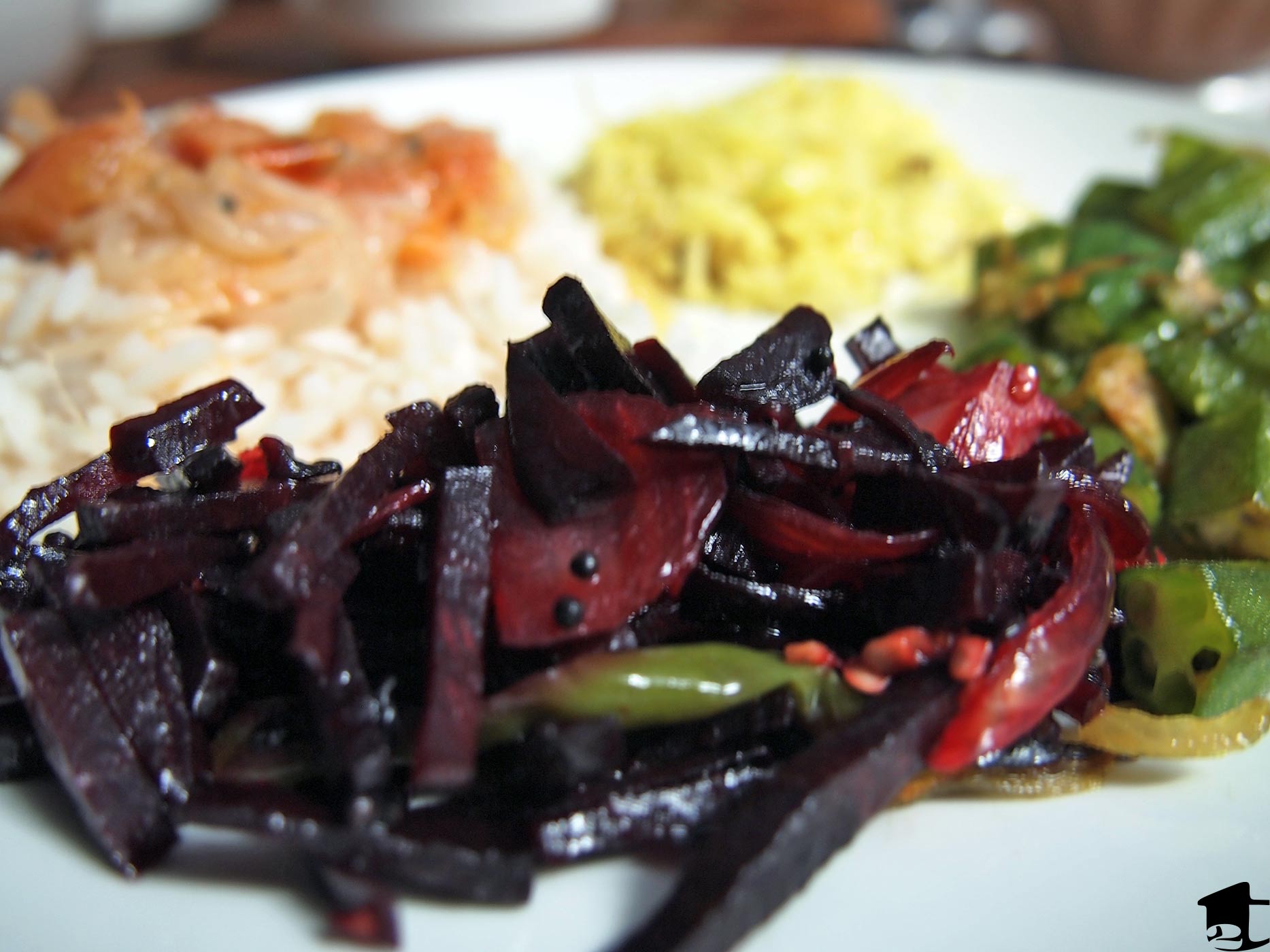 Follow our blog for the secrets on how to make these…

On average, a meal with two (non-alcoholic) drinks, appetizer and entrée runs about 300 rupees, or under $6USD. Our current homestay stuffs us silly for breakfast at 50 rupees, or 92 cents, and for 75 rupees, or $1.39USD, for dinner. Now, there is something that should be mentioned about how Indians in Kerala eat; they use their hands. Silverware is usually given to Westerners without question, but if you look around any restaurant, except for soup, fingers are the utensils of choice. In an effort to blend in, we have jumped in with both hands to this philosophy (If it is not wet or messy, it is okay to eat with hand. We were told that the philosophy behind this is that eating is a very sensual thing and one should be able to enjoy eating with as many senses as possible–tasting, smelling, looking and touching.), but do not worry, we are still manic about washing our hands first. Kerala is lucky when it comes to eating with their hands, as the rice grown in the region is shorter and thicker than most other types of rice, which helps. Throw in chapatti to aid in scooping up gravy-based entrées and you will find yourself a professional without really trying.

With coconut and chili as a main staple when it comes to most dishes, Tara and I have found ourselves loving the food. Throw in an abundance of fresh seafood and Kerala has become wonderful place to recharge, and rethink our opinion of India.