Turkey is a majestic country, with towering mountains slicing through its landscape and crystal clear seawater surrounding most of it. With such beauty, why do most of the articles I begin to write about Turkey end up devolving into petty complaints of the pushiness of its people? This is my fourth pass on a general overview of Turkey and I find myself once again starting from scratch in an effort to write something that does not focus on the bargaining and aggressive nature of most Turks we encountered. 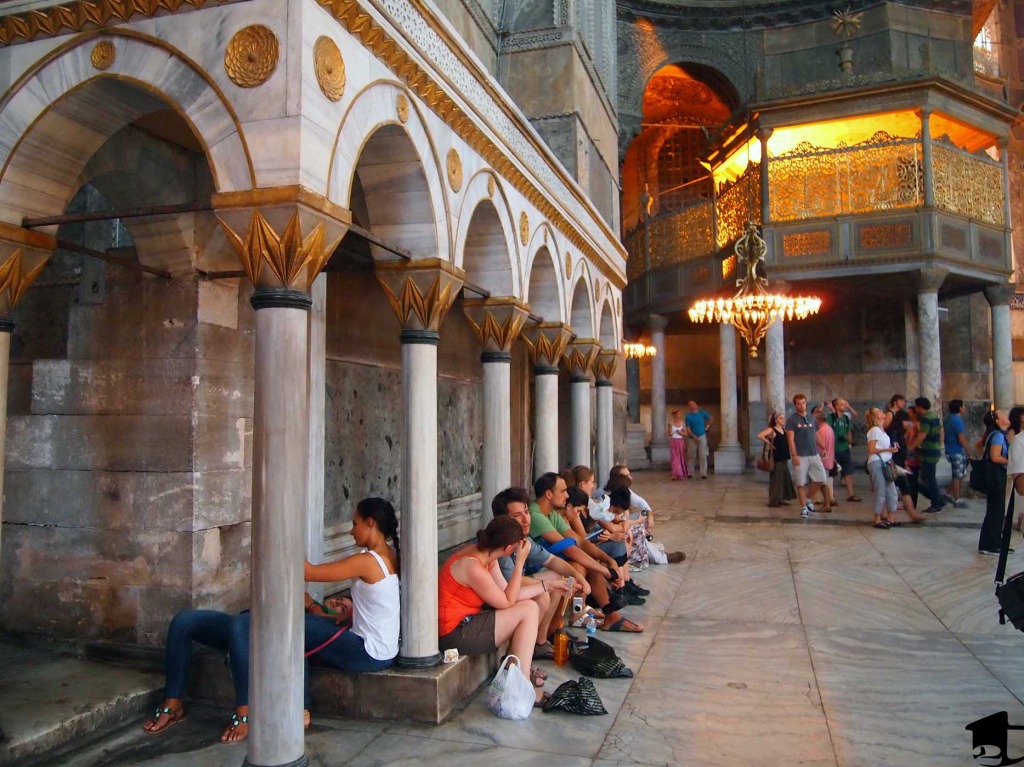 Istanbul is a writhing, chaotic city whose tourists seem to outnumber residents 10 to 1. Vendors try to take advantage of so many potential customers by attacking every pedestrian with the question “Where are you from?” in order to spark a dialog that will lead to a purchase.

Stopping for a restaurant host or merchant is long enough for them to thrust a menu in your hands, usher you into their shop or quote you an amazing steal of a deal. That is, if they don’t ask you first how much you want to spend and negotiate from there. The city is like a meat grinder for tourists, only unlike most sausage factories, Istanbul has no problem pulling back the curtain to those willing to look.

“Three hundred lira,” says the shopkeeper in the Grand Bazaar, though the lamp he is selling cost him probably only thirty. Knowing how to bargain – and the willingness to bargain for everything – is a necessity in Turkey. It is also what makes the country so draining. Almost no shops, except retail chains, have their prices listed. Everywhere else, the price is negotiable. There may be pickpockets in Turkey – we luckily never experienced one – but often, after getting quoted four different prices for the same thing, it is hard not to feel swindled. 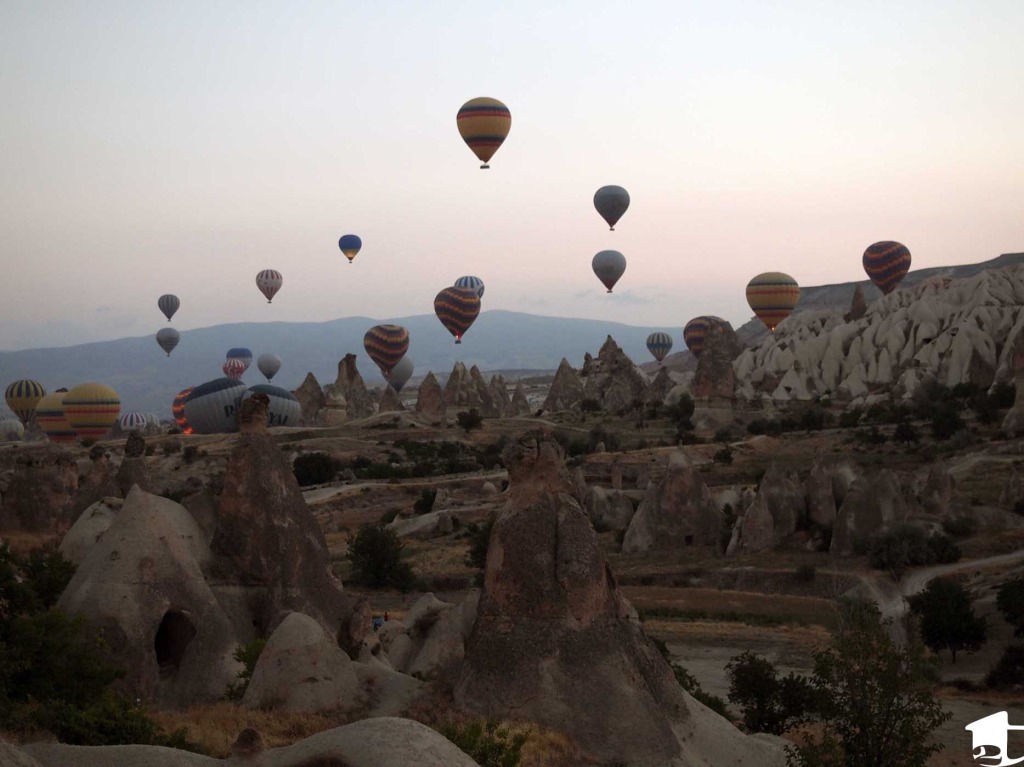 In the case of Cappadocia, a picturesque region in the center of the country, one of its biggest draws is taking a hot-air balloon ride to see its famed fairy chimneys and valleys from above. Strangely enough, prices are quoted in euros even though Turkish currency is the lira. Most signs in the area boast tickets for 150€per person, but generally that cost reflects a basket that holds 20 or more people. For a more intimate ride, of 10, or four, you have to pay more. And so it goes. The times you may be interested in buying something require a certain mental preparation for arguing over the price. After a while, you lean back in your chair, exhausted, but satisfied you saved 50€ and the salesperson you were fighting with leans back, satisfied, knowing you still overpaid.

Paying more than you should, or downright paying for something that should be free, is another frustrating element of Turkey. Since so much of their economy is based on tourism, most Turks have become opportunists willing to seize whatever lira you may be foolish enough to give them. A case in point: There are ancient ruins everywhere and there are ticket booths set up accordingly to charge admission to said ruins. Usually, there is a bona fide government turnstile, uniformed ticket takers and a sense of legitimacy hanging in the air even in the most remote locations. But occasionally you come across a valley or a lookout point where a hand-drawn sign, podium and umbrella are set up. As you approach this makeshift booth, a man or woman may pop up and utter the dreaded words, “Where are you from?” Pause. “Five lira.” This greeting became so frequent on our trip through Turkey that it elevated the phrase to comic proportions.

Want to go to Butterfly Valley? Five lira. You have no money on you because you swam to this beach from a boat? Swim back, the valley will wait. And so it goes. The person manning the booth knows they are not supposed to be there, you know they are not supposed to be there and to be even more meta, the person more than likely knows that you know that they should not even be there.

Faced with these situations, the question of whom to trust in Turkey becomes blurred. Luckily, we were only in Turkey for a few days when we met an honest person who would end up being our savior and guide. The hostel we stayed at in Istanbul was called Mavi Guesthouse. 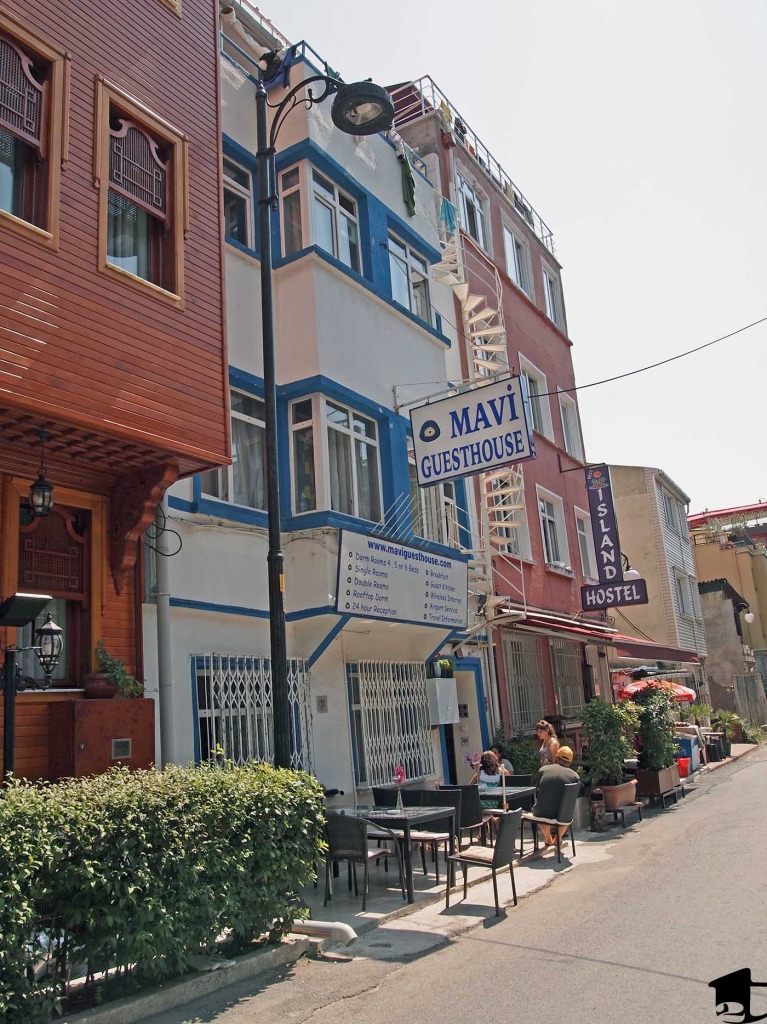 We chose it because of its good reviews online and most of them singling out the owner, Ali, as a great guy. Since we did have an idea of the places we wanted to visit but nothing booked beyond two nights in Istanbul, we decided to take a chance with Ali and talk to him about our potential tour de Turkey.

We expected Ali to just give us a local’s suggestions, but it turned out that he books travel for his guests as a side gig. So besides recommending various cities to explore, he suggested day trips and excursions and explained why he recommended a guesthouse or tour company instead of just telling us to trust him. As he went through each piece of the itinerary, he quoted us prices (sometimes in euros, sometimes in lira), but because we had already done some research, we knew that what he quoted was a good deal compared to what the property or booking company provided. So within an hour, our loose ideas became a confirmed itinerary.

Testimonial aside, Ali took personal responsibility of the trip, allowing the buck to stop with him. We emailed him along the way with questions and, in one case, a complaint that a tour wasn’t all-inclusive like he told us. Because we had to pay out-of-pocket for entrance fees, he later refunded us the money instead of throwing up his hands and saying, “Oh well.” So there are trustworthy people in Turkey, but finding them and trusting them is not always easy.