It was day two in Venice, and I could already tell that pre-booking a weeklong stay was a mistake. My backpacker’s budget was not prepared for an expensive tourist trap, and that was exactly what I fell into. If I wanted to island hop by way of pricey water taxis tomorrow, then today would have to be a cheaper day of strolling through museums, people watching in Piazza San Marco and purposely trying to get lost and find my way out of the island’s maze of streets. I enjoyed doing that last bit everywhere I visited in hopes of stumbling upon hidden gems while also strengthening my sense of direction.

I took my time in the museums, contemplating each piece of art and reading any available literature. I’d listen in on vowel-rich Italian conversations, trying to use what I learned from one semester of an Italian class to translate. I spoke to others in Italian, but they would reply in English. So much for practicing my developing language skills. 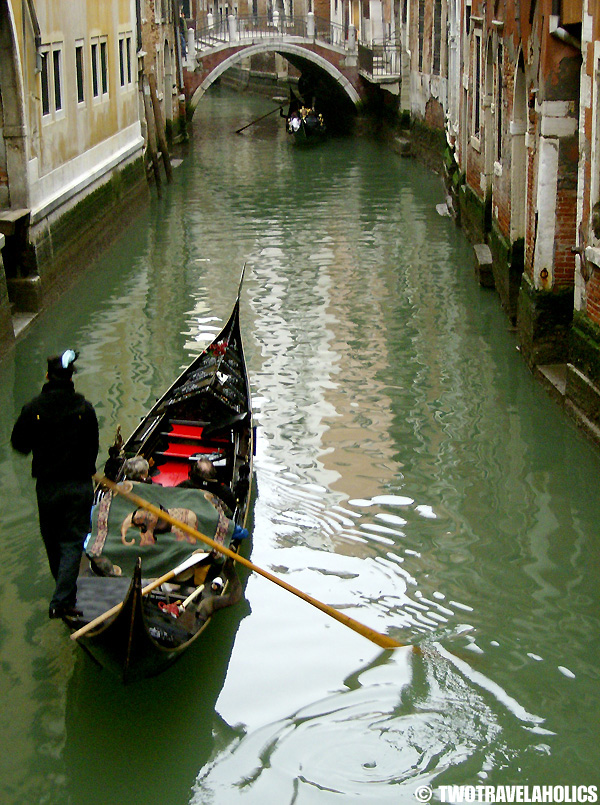 Another case of Venice being beautiful when you get lost in its maze. It still didn’t make the trip worthwhile for me.

While watching children playing with pigeons in the square, an old, balding Indian tourist came quite close to me to take a picture. I moved, thinking, “Whoops, I’m going to be in this guy’s picture.” A quick glance behind me revealed a drab wall – certainly nothing worth taking a picture in front of – making me realize that I was the attempted subject of their photo. After regrouping, one of them walked up to me, asking something in broken English. I knew what they wanted but played dumb, not knowing how to escape this awkward situation. “Oh, you want me to take a photo of you?” He said no, he wanted a photo with me. Now that he put it out there, I did too, declining and simply walking away. As I left the square to walk the maze of Venice, I wondered whether they wanted to show friends at home a picture of a girl they supposedly hooked up with or wanted to get close enough to pickpocket me. This is the mindset I developed while backpacking, and had to if I wanted to stay safe and not get robbed. The things you gradually learn and learn to assume while traveling alone…

After a long day of putzing around the island, I returned to the hostel and a bedroom of three new people. We talked a bit and learned the basics about each other — where everyone was from (a woman from Argentina, one from San Francisco and a man from Belgium), where they had been and why they came to Venice. The Belgian and Argentine found something in common and broke off into a private conversation, which led me and the San Franciscan to go about our own business.

It was getting late, so, anticipating a long day tomorrow, I gathered my things and climbed to the bunk bed to start the novel I picked up in a small book exchange store that afternoon. Everyone else started winding down too, eating, reading, setting out the next day’s clothes. After reading a few chapters, I shut my eyes and thought about the day’s events and encounters. I hoped for sunshine the next day so I could spend some time exploring the other islands and walking along Lido beach. It had been a while since feeling sand beneath my feet. Even though it was winter, I still wanted to visit this well-known spot. Maybe the expanse of deserted beach would be beautiful. 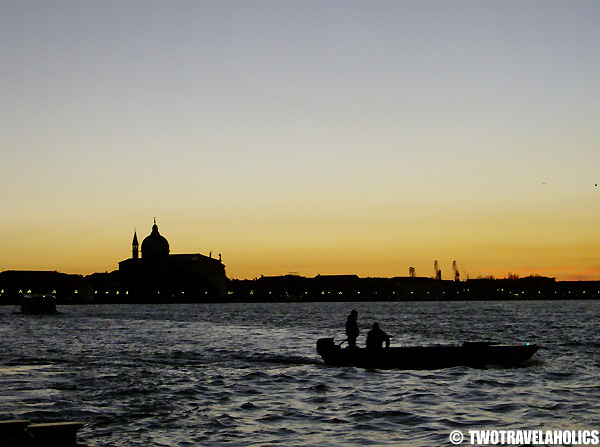 An hour or so passed. I was asleep, but that didn’t stop my San Franciscan roommate from grasping my leg. I jolted upright and glanced down from the top bunk at the 40-something-year-old woman whose fingers were still tightly clutching my lower right leg. The puzzled and startled look on my face demanded to know why the hell this person I just met was waking me up in such an unacceptable way. “I’m scared,” she said in the dark. “He was eating loud and crinkling his newspaper, and neither of you woke up.” Earlier, our Belgian roommate seemed like a decent guy who just wanted to read his newspaper while eating drumsticks. I don’t know much about Belgian men, but that didn’t seem very threatening to me. Since I was the youngest person in the room, I had no idea why she chose me as the target of her freakout. I calmed her down in a whisper so as not to wake up the other woman. After many “It’ll be ok, just scream if something bad happens” type of statements, she made her way back to bed, still staring at me more frightened than a child who thinks there’s a ghost in her closet. Our noisy Belgian hostelmate came back to the room soon after and laid down for bed.

I wasn’t sure why she was so concerned, but I still spent what felt like the next few hours staring at the ceiling wondering what I would do if this guy harassed one of us women. When I heard what sounded like a man’s light snoring, I took it as a cue to shut my eyes and clear my mind. Around 4 a.m., I heard my terrified roommate sit up in bed, gather her things and quickly leave the hostel, probably running fast, far away from Venice. I hoped to do the same soon, but for reasons of boredom in this highly orchestrated overblown tourist trap.