With Lonely Planet in your bag and a 24- or 48-hour tour bus ticket, you’re determined to see all and do all in DC.

A day pass on the Metro might be cheaper than a tour bus ticket, but then you’ll be underground and not learning your way around the city. Opt for the tour. The three major companies you’ll see carrying dozens of camera-toting tourists are Tourmobile, Open Top Sightseeing and Old Town Trolley. Compare them here and choose one that best suits your interests as well as your schedule. 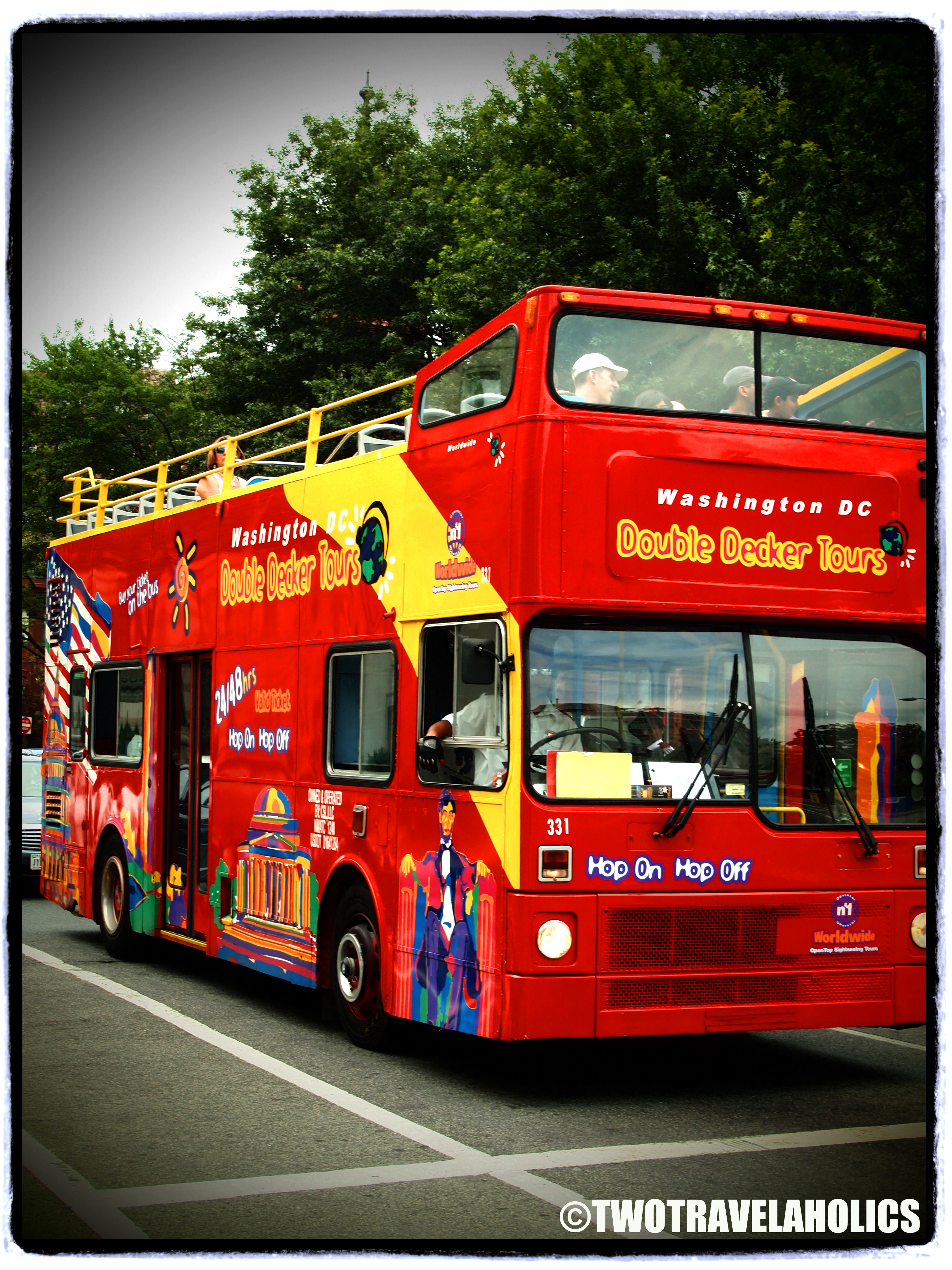 There are a handful of bus tour operators in DC, each with different routes and run times.

You’ll be paying a pretty penny to ride on a tour bus all day, but don’t forget that most of the District’s main attractions are free. Capital highlights include the zoo, National Cathedral, Library of Congress, Smithsonian museums, the Phillips Collection,Bureau of Printing and Engraving and various monuments that are mostly surrounding the National Mall. Before leaving home, browse your favorite countries’ embassy websites to see if they are holding an open house or free event. While online, also take a look at which performances The Kennedy Center has scheduled. Free shuttle buses will take you roundtrip from the Foggy Bottom Metro station. 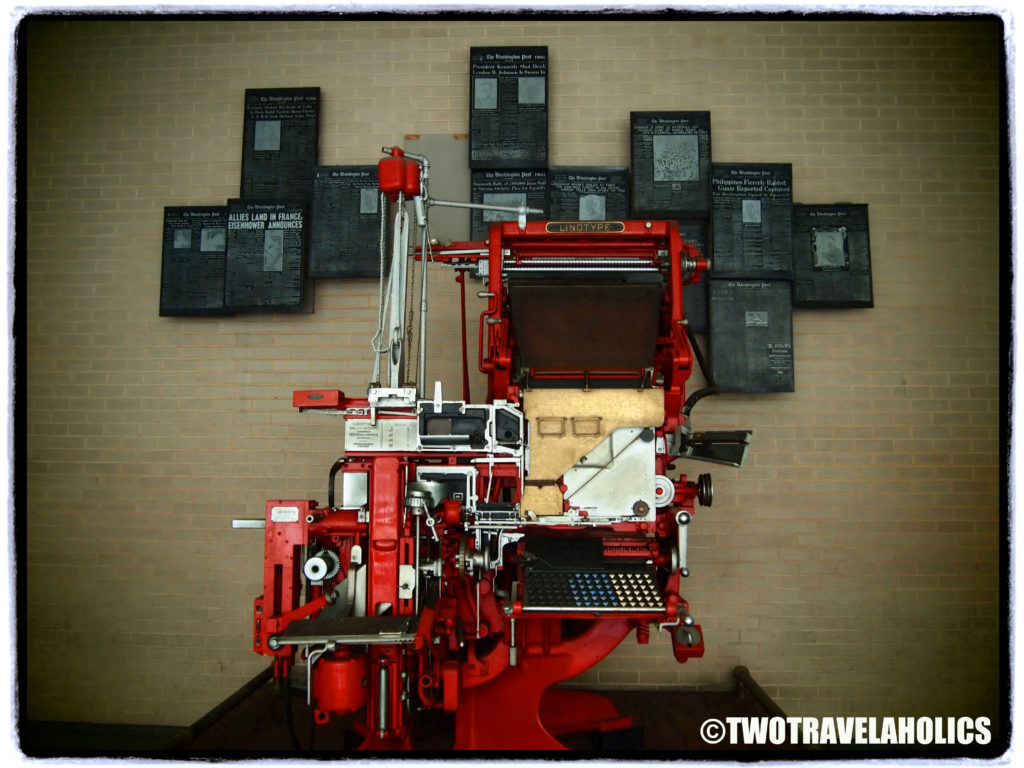 This linotype machine sits outside the main entrance of The Washington Post building on 15th Street.

One attraction that may not be included in your travel guidebook is the Batala Percussion Band practice every Saturday at Farragut Square. This international all-female band plays Afro-Brazilian/Samba-Reggae rhythms from 10 a.m. to 1 p.m. Once you’re within a few-block radius, you can’t miss them – at least your ears won’t.

Last but not least, food. Where can you go to dine like POTUS and FLOTUS? After a stroll around the White House – ahem – fence, head over to award-winning Equinox Restaurant. Nearby hotspots also include Old Ebbitt Grill, Bobby Van’s Steakhouse and Founding Farmers.

For more to do in DC, check out these other suggestions:

The Foodie Bar-Goer
You’re not interested in mere food and drinks; you seek a culinary and mixology experience on every trip.

The Outdoorsy Sportster
Museums are interesting for you, if it’s winter. When the sun’s shining you’d rather be active outside.

The Cultured Artist
The crowd you associate with and the vibe you’re used to won’t be found among thousands of sweaty tourists on the National Mall.