The crowd you associate with and the vibe you’re used to won’t be found among thousands of sweaty tourists on the National Mall.

DC may be (in)famously known for its politicos, but the art scene emerged long ago and the creative crowd continues to grow. The Corcoran Gallery of Art is a great museum to view classic and contemporary work in the same space. Admission is free every Saturday through the duration of the summer. Another not-to-be-missed museum is the National Portrait Gallery, which was closed for a six-year renovation before reopening in 2006. This always-free Smithsonian gallery conducts tours throughout the day and features a variety of exhibits from portraits to new media. Give your feet a break after walking through the gallery’s many exhibits by heading to the Kogod Courtyard in the center of the building. Grab a coffee and snack, enjoy free Wi-Fi service and then take a look around you. Interestingly, this multi-million-dollar space, designed by Foster + Partners with the help of landscape designer Kathryn Gustafson, was listed as one of Conde Nast Traveler‘s seven architectural wonders.

When hunger pangs begin to strike, head to Kushi, an Izakaya and Sushi restaurant just seven blocks from the National Portrait Gallery. Don’t let the restaurant’s sub-par website fool you — Kushi is high quality. This exotic restaurant has received accolades since it debuted and shows no signs of slowing down. 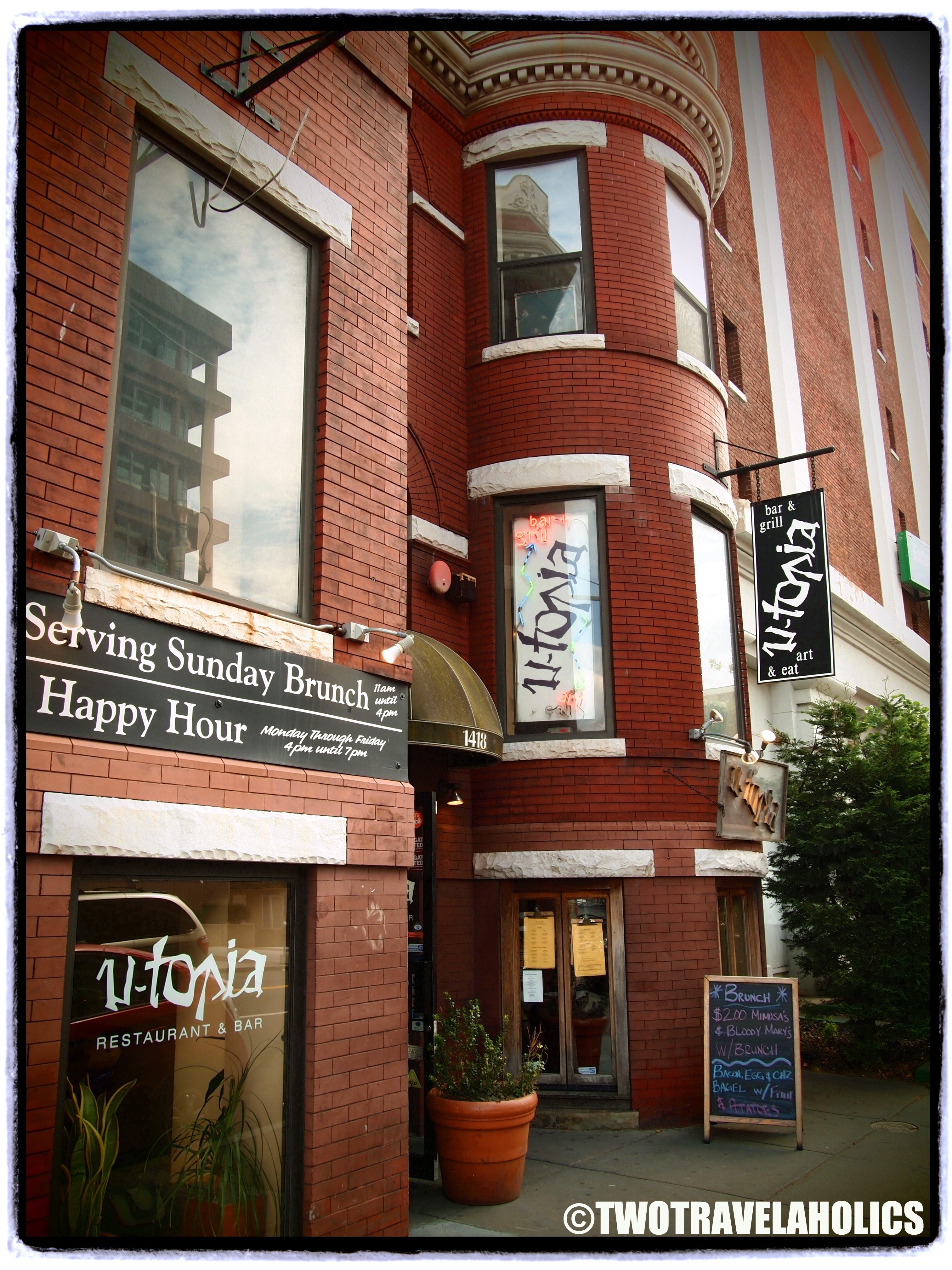 Inside this U Street row house is U-topia Restaurant, where mimosas and bloody marys are $2 with brunch.

After a full day of art galleries, switch gears on Sunday and visit the multi-level Newseum. Here you can celebrate the craft of journalism and art of news media. Read about the evolution of journalism, view striking images from world-changing events and watch historic news broadcasts, original documentaries and more. Not to be missed is the top-floor balcony and it’s amazing view of Pennsylvania Avenue.

For an inspired take on dining with art, go to U Street’s Utopia Restaurant, where the owner’s original pieces adorn the walls and music plays at varying hours every day. If you time your day just right and make it there between 5 and 7 p.m., drinks are half price.

Eaten yourself into a food coma? Find your way to the nearby Studio Theatre, where you can choose between two plays: “Venus in Fur,” a David Ives play, and “The History of Kisses,” which is ending its world premiere run on July 3. Other area theaters include Source theatre, Woolly Mammoth Theatre, Atlas Performing Arts Center, Arena Stage, National Theatre and, of course, the famous Kennedy Center.

The beauty of visiting a different city is being able to document its beauty on your photo blog, Instagram account or Facebook profile. On Monday morning, start at the Spanish Steps, hidden away in Kalorama on the intersection of S Street, NW, and 22nd Street, NW (The NW means northwest, which is one of DC’s four geographical quadrants). Then cross Connecticut Avenue, going east, to the U Street Corridor. If you walk along T Street between 14th and 9th Streets, you’ll see plenty of classic row houses of varying colors and design. Shoot in black and white or sepia tones to evoke thoughts of a time that existed more than a century ago. 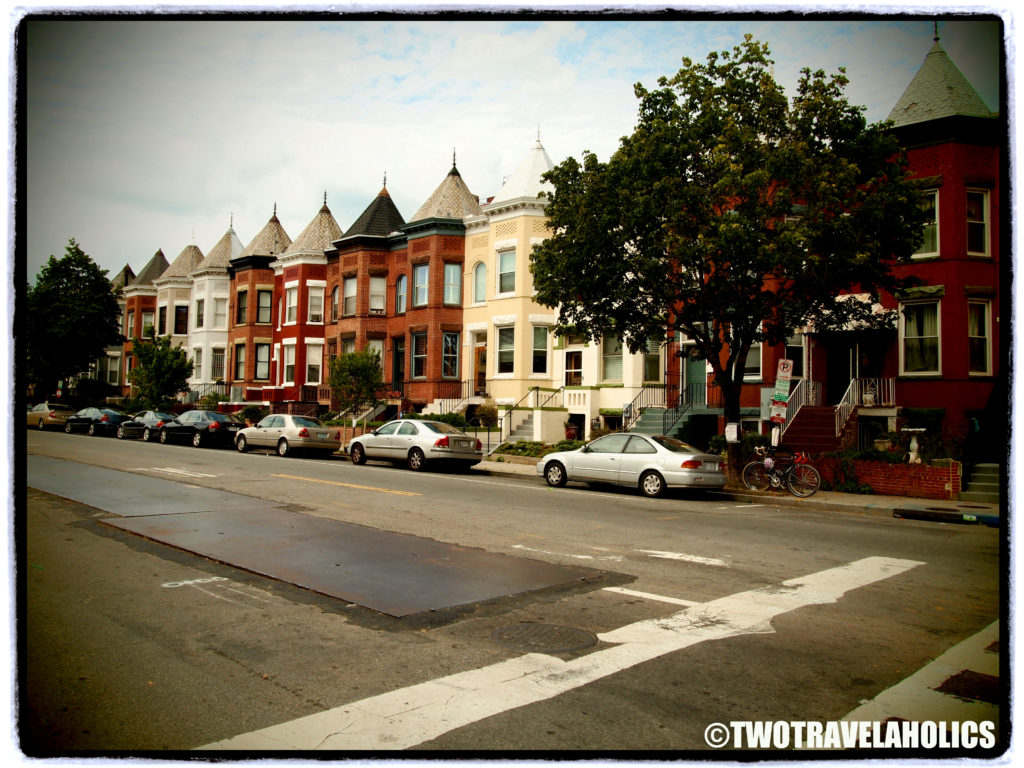 Now that you’re probably hungry, the best locations for a food and photo-worthy combo are Eastern Market and the Maine Avenue Fish Market. At the former, vendors are selling everything from handmade purses to freshly butchered meat. Snap action photos of a sale or the proud artisan by his/her products. If you’d rather be on the water, head to the Fish Market to record dramatic angles of a long row of shrimp, whole fish and live crabs glistening in the sun. Take a step back from the fish to capture the wharf’s floating — and sometimes rocking — marketplace shops. At whichever stop you choose, you’ll have plenty of food options, but the selection outside of “surf” at the Fish Market is pretty slim.

For more to do in DC, check out these other suggestions:

The Foodie Bar-Goer
You’re not interested in mere food and drinks; you seek a culinary and mixology experience on every trip.

The Outdoorsy Sportster
Museums are interesting for you, if it’s winter. When the sun’s shining you’d rather be active outside.

The Touristy Tourist
With Lonely Planet in your bag and a 24- or 48-hour tour bus ticket, you’re determined to see all and do all in DC.