Chicago is one of our favorite cities to visit in the U.S. Even though we blame its cuisine for turning us into pescatarians, there is not much else we can say bad about the city. It has become a semi-regular destination for us, where we’ve attended weddings and Lollapalooza, watched great blues and jazz musicians, attended Second City performances and more. On our most recent trip out to there, we decided to marry our love for the city and beer, and make it a beer-centric vacation. Our beercations, as we like to call them, revolve around brewery tours and sampling flavors that we can’t typically find at home.

While the debate about which Chicago deep-dish pizza is the best may rage until the end of time, we found an easy winner for the best Chicago brewery tour. In fact, it’s so hands-down impressive that it’s not even worth arguing about.

Before I name which brewery you must visit, let me just say that Chicago still has quite a bit to offer visitors who aren’t fond of beer. The restaurants are top-notch (Parks & Rec lovers need to stop by Whisk, a Ron Swanson-themed diner), the number of amazing comedy clubs/troupes are staggering, and the music scene – from nightly shows to festivals – is outstanding. In Chicago, you don’t need to have a beer to have a good time. But, the local brews are so good that beer lovers are guaranteed to have a great time. 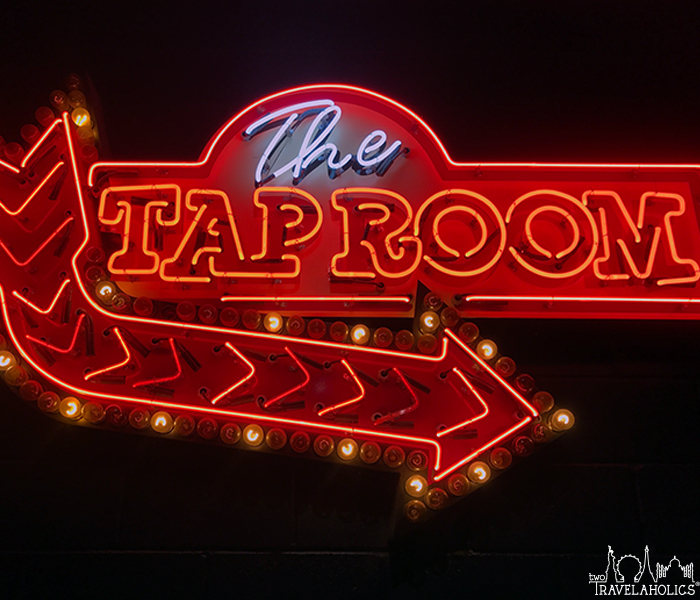 Words cannot convey what you will miss out on if you go to Chicago and skip the Lagunitas Brewing Company. Although they started in California, their production needs required expansion further east. This massive bottling plant is a little ways outside of downtown, but is easily accessible via CTA’s Pink Line. While its taproom may only be open Wednesday through Sunday, tours are offered multiple times every day of the week. Best of all? Those tours are free of charge. What elevates their tour above others is a knowledgeable and fun staff that isn’t happy until you’re happy. That means starting tour-goers with a taste of Lagunitas‘ offerings before handing everyone a full pour of their favorite brew (yes, this is still free!). Then comes the thorough hour-long tour.

Lagunitas’ unlimited releases seem to be slowly expanding, like “Pils,” “Maximus,” and “IPA” (currently, they have 11). Their limited releases and “one-hitter” experimental brews tend to skew to higher ABV than most breweries (A word of warning: There is no food onsite, so be careful while drinking these. Sip instead of gulp.). I’m partial to their “Sucks,” which switches out the white sugar for brown sugar and is an excellent session ale, while Tara favors their dry-hopped sour, “Aunt Sally.”

Those who drink beer know Goose Island’s name is ubiquitous with Chicago beer. It started with a small Lincoln Park brewpub in 1988 and grew so impressively that Anheuser-Busch InBev bought them in 2011. Because InBev took over, a lot of beer aficionados have stopped considering Goose Island a craft brewer. 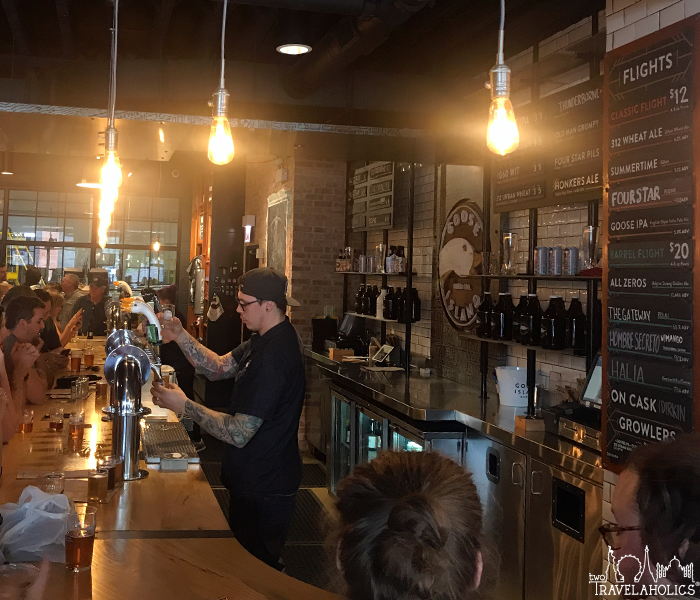 Their taproom is open Thursday-Sunday every week and offers 16 taps and 1 cask. They offer a couple set flight options, or you can explore all their offerings at your leisure, including staples like their popular Goose IPA to their 312 Urban Wheat. We were able to try a handful of experimental beers that will probably never get released beyond the taproom, which is unfortunate because they were particularly tasty, like “Experimentality” and “Tempo”. Since they offer growler fills, it is a good idea to bring your growler, as this might be your only chance to walk away with one of those limited experimental offerings.

If you want to join one of their 45-minute tours, they are $12 and offered the same days the taproom is open. They sell out frequently due to their small size. The $12 gets you not only a guided tour, but also a glass you get to keep and some tastings along the way.

Forbidden Root bills itself as Chicago’s first botanical brewery, which means they offer a range of beers infused with flowers, herbs, spices and, of course, roots. The brewery element is tucked away from the public; instead, those who stop by their West Town location will be treated to a tastefully designed, modern brewpub. With the brewery hidden from sight, Forbidden Root unfortunately doesn’t offer tours.

However, they make up for the lack of tours with stunning beer and food menus. Although some of their beers are bottled, growler fills are available for their entire selection (they currently have 8 varieties). Worthy selections include their WPA (Wildflower Pale Ale) and Sublime Ginger. In a nice twist that you don’t often come across, they donate a portion of money from every bite and sip you enjoy toward great causes and community building. 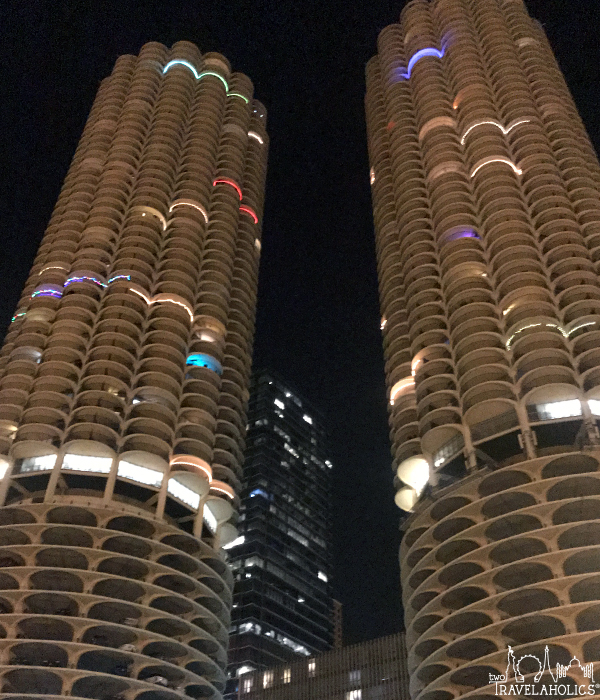 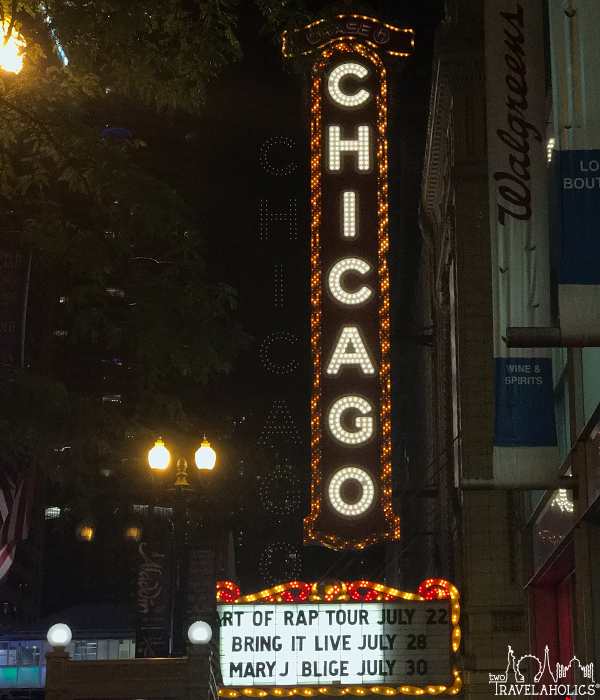 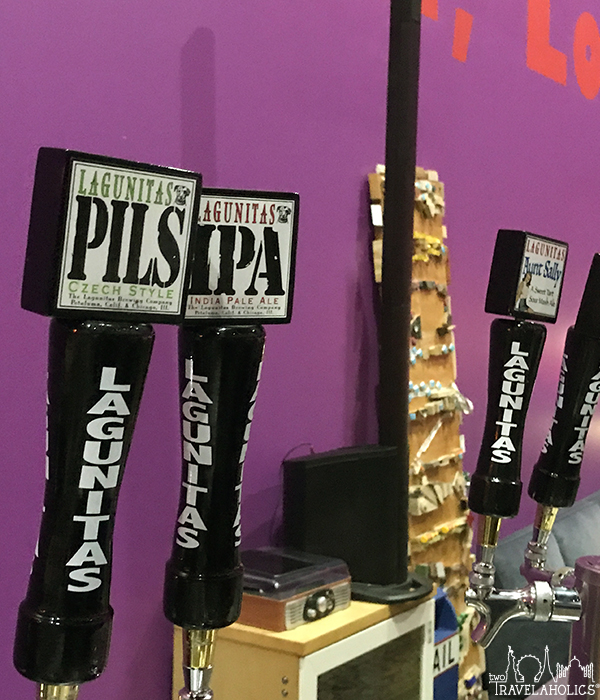 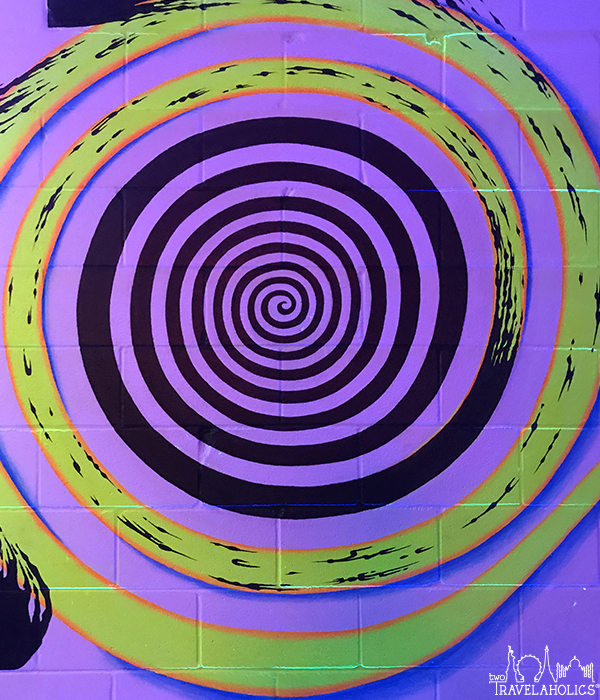 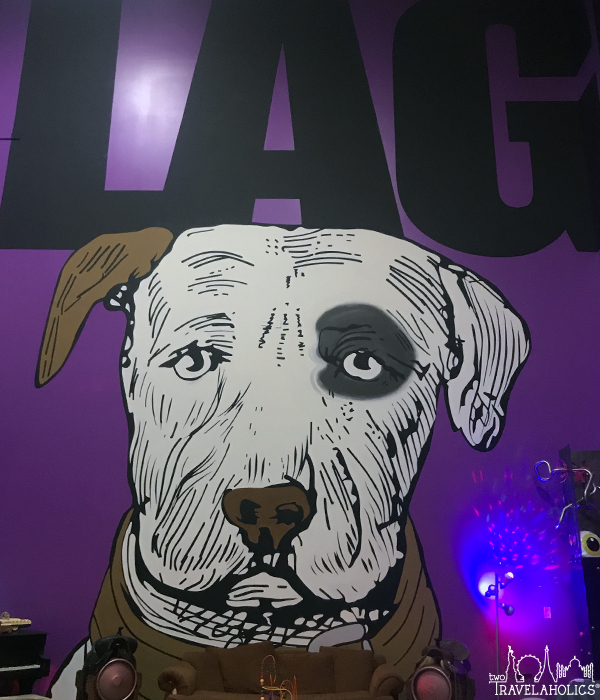 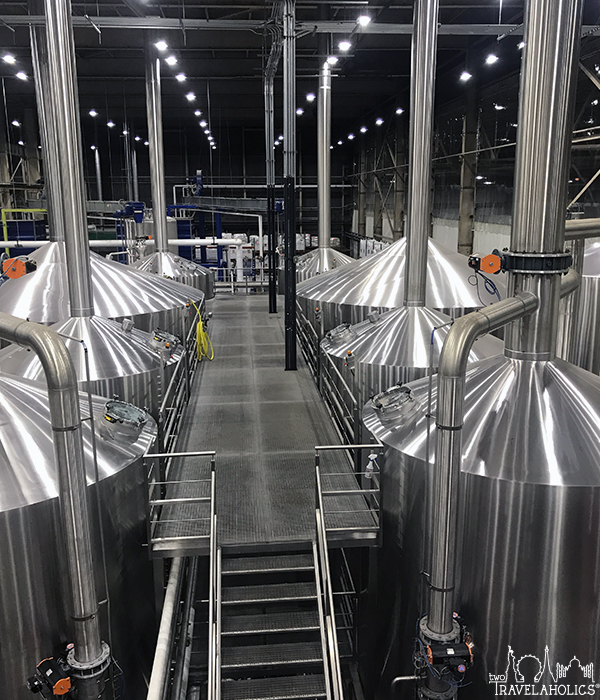 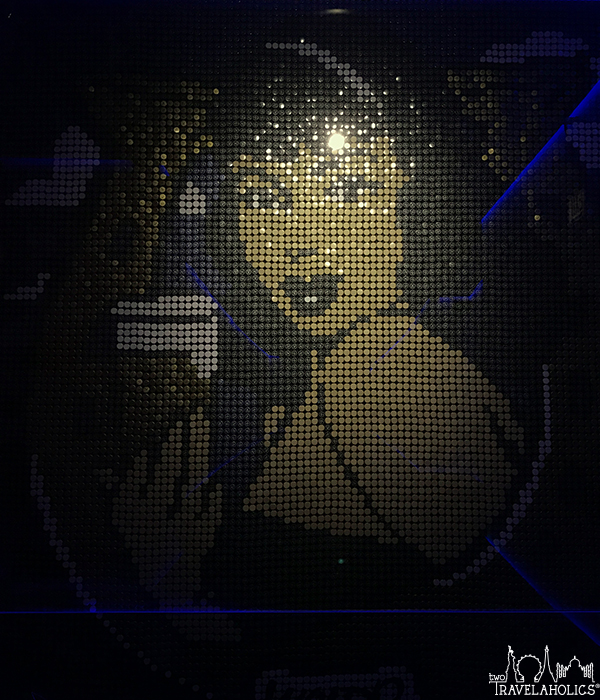 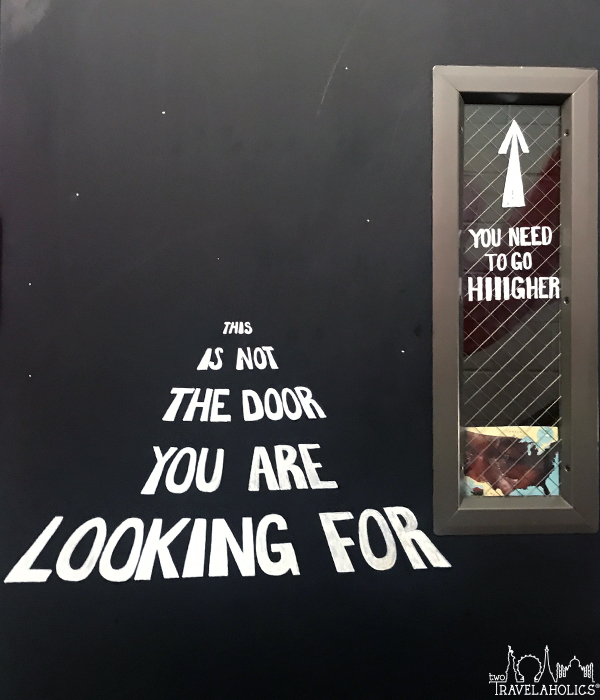 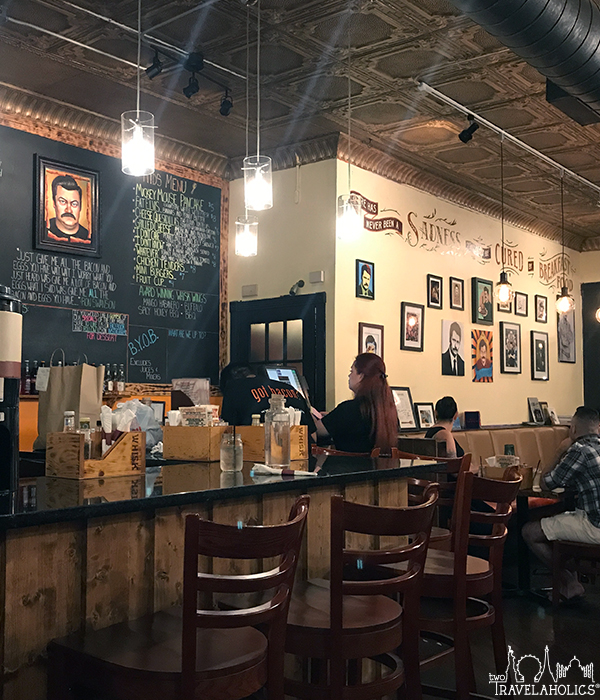 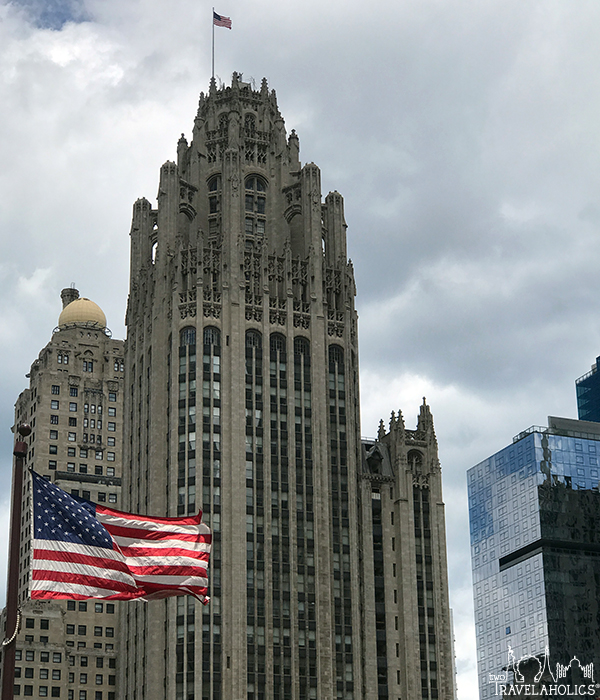 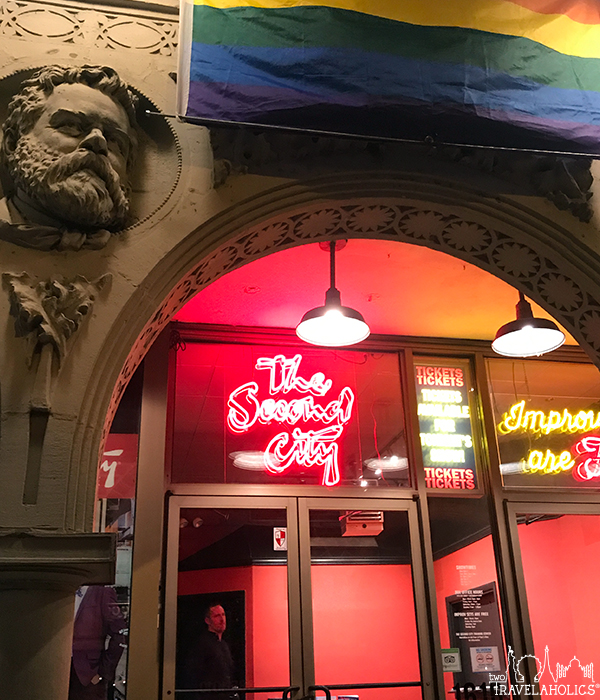 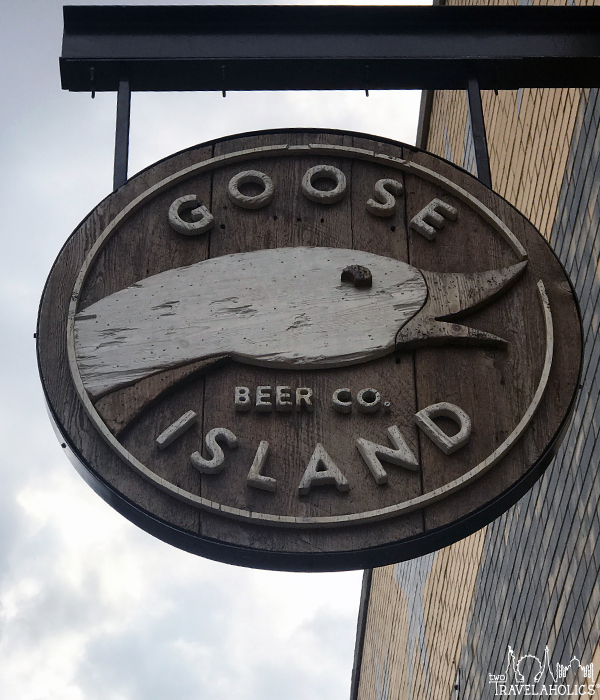 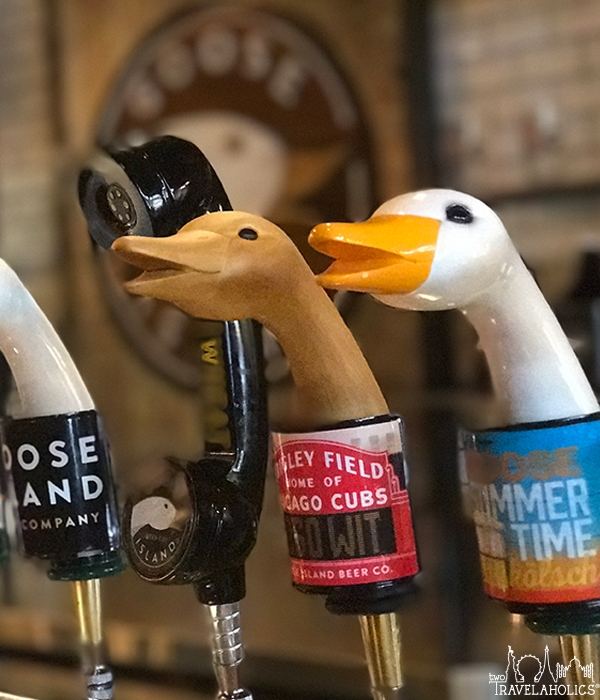 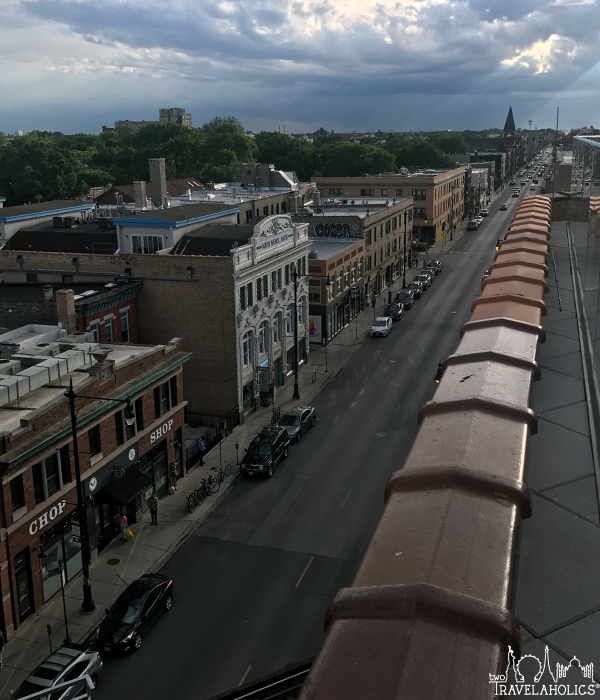 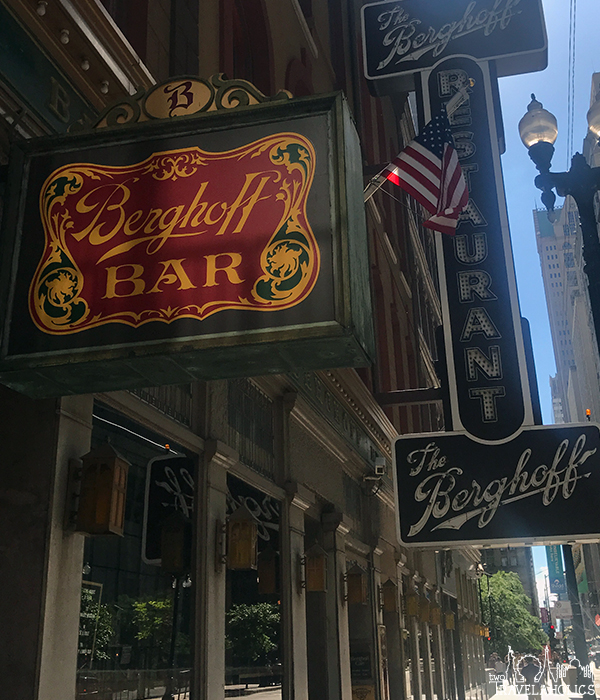 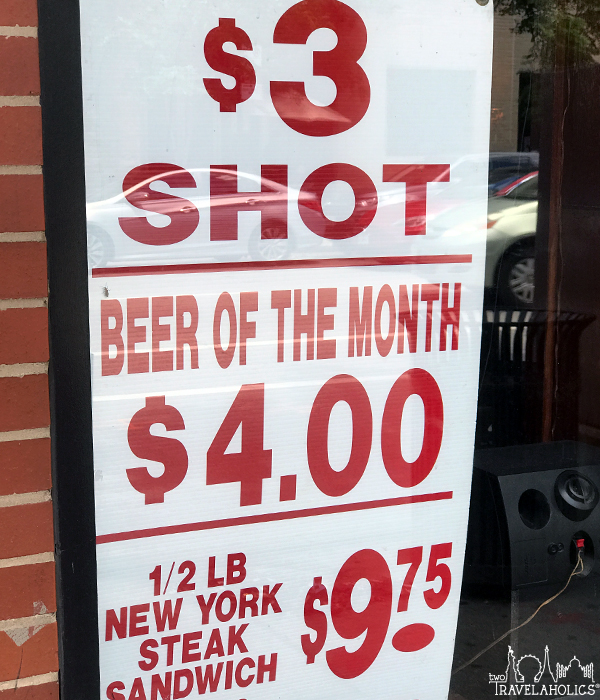 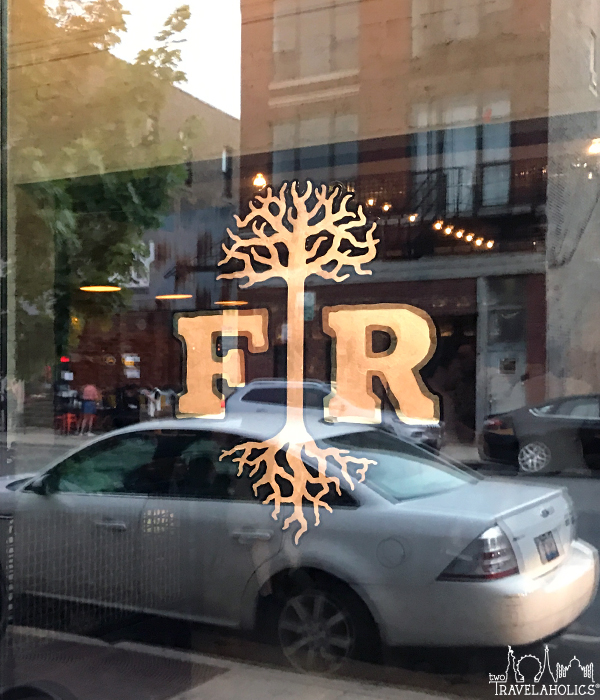 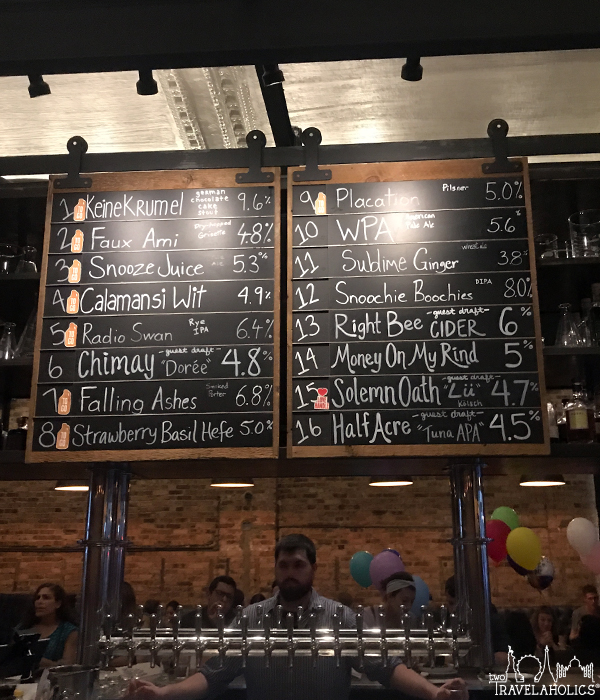 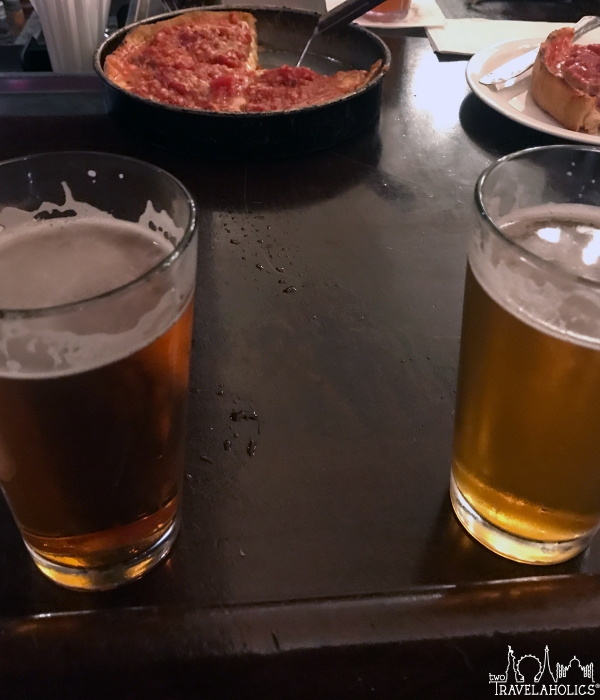 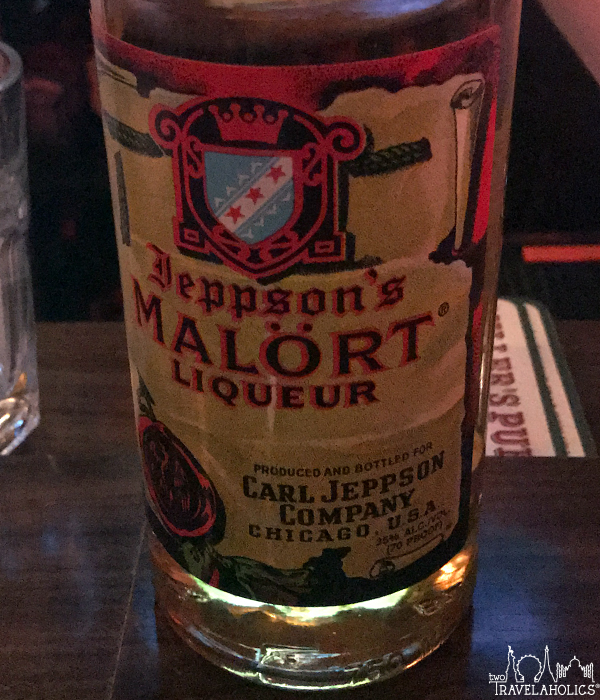 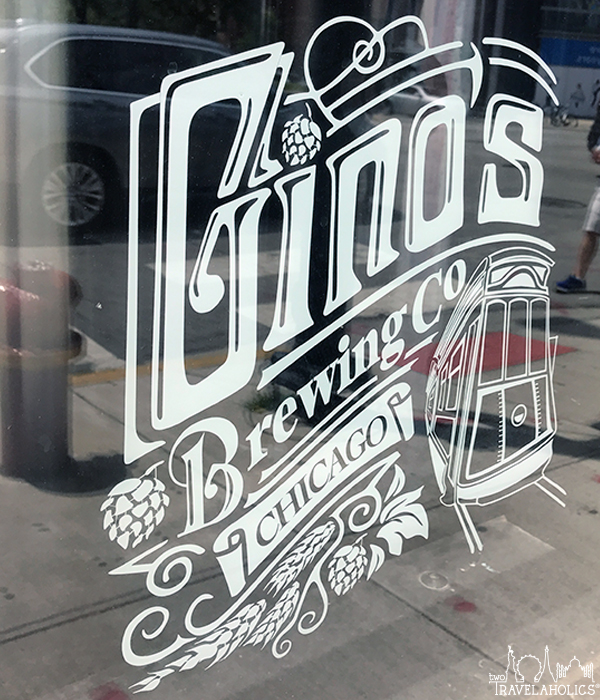 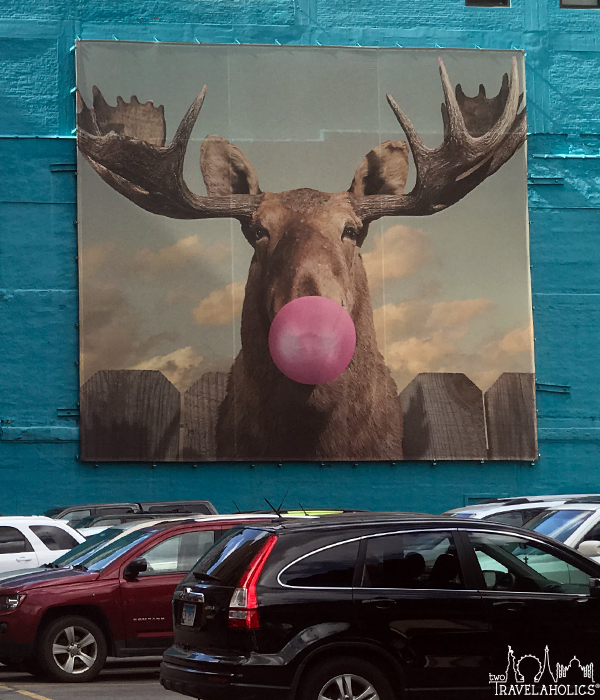 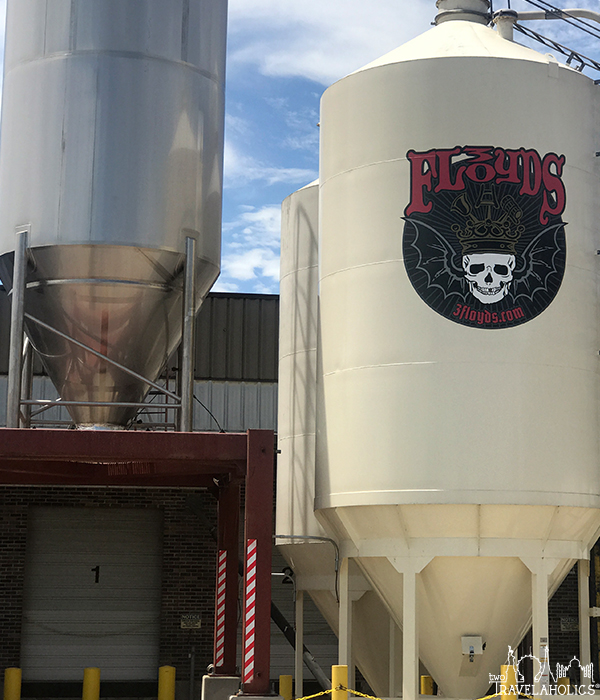 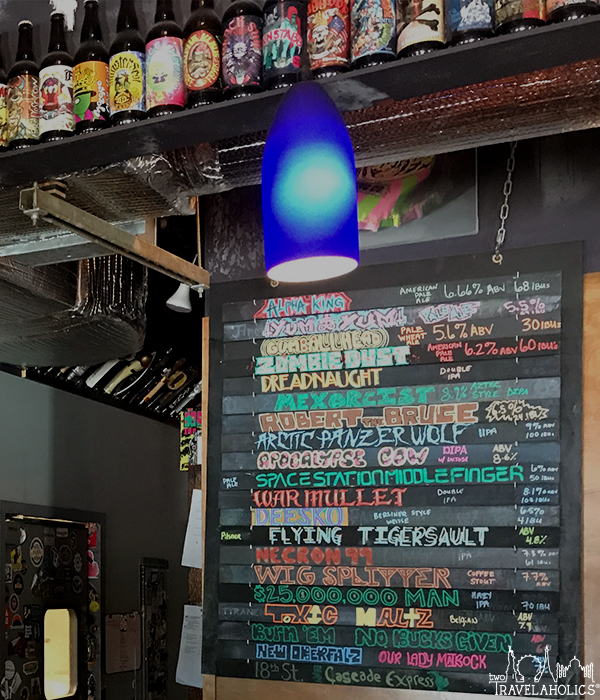 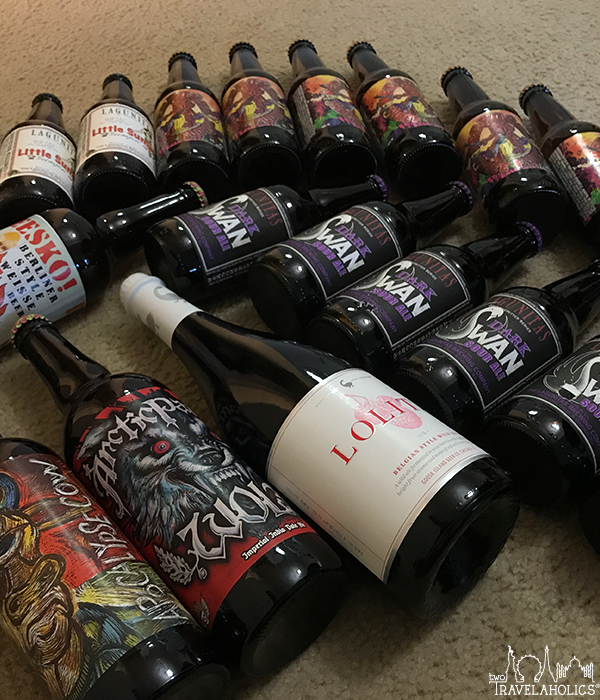 Chicago is a sprawling city, and your experience can be wildly different depending on what your budget looks like and your willingness to take public transportation. (No joke, we once read in a forum that someone spent $11k in three days!) Accommodations downtown tend to be pricey year-round, regardless of whether there are events going on (though Lollapalooza, Taste of Chicago, and Chicago Hot Dog Fest can drive hotel prices even higher). We have stayed in the Loop and River North the last few times we visited and loved both neighborhoods. However, once you bite the bullet on a hotel, prices for most other activities seem reasonable.

Public transportation is inexpensive and reliable. If you don’t mind taking it transport (or a rideshare), then you can stay a short distance from downtown and save a few bucks on accommodations. If you do opt for staying in the Loop, you’ll find yourself within a short distance of a good chunk of activities and locations, like Second City, Navy Pier and Millennium Park. We walked, took public transportation or jumped in a Lyft depending on where we wanted to go. For those true beer fanatics, Three Floyds is an hour drive from Chicago. We snuck down there for lunch and it was incredible.

As mentioned earlier, there are plenty of activities in Chicago besides touring breweries. The city hosts several professional sports teams (football: Bears; soccer: Fire and Red Stars; baseball: Cubs and White Sox; basketball: Bulls; and hockey: Blackhawks). If that’s your cup of tea, it’s overflowing all year. Even if you just want to walk around, the architecture and parks are phenomenal. Not interested in walking? There are river cruises that will give you a surprisingly robust tour of the city. Overall, Chicago is one of America’s top destinations – for everyone, but especially for those who love to drink beer.