When Mike and I were on our RTW trip in 2012 — in Tanzania, to be exact — I received a message on Facebook asking, “I was curious to learn how you manage to travel so much… My wife and I are getting tired of “the grind” ourselves.” This came from an acquaintance back home – we’ll call him Ben*. A few weeks ago (now three years after his original message to me), I followed up with Ben to see if he and his wife were still considering a traveling career break. Not only are Ben and his wife actively working toward that goal, they are doing so with a 2-year-old and one more child on the way!

Many people think that having a family means you cannot live a location-independent lifestyle or that of a full-time traveler. However, Ben and his family are hoping not only to prove that belief wrong, but also to show others that as long as you are passionate and dedicated you can achieve this goal. Read on to learn about their inspirational story.

Two Travelaholics: We’re excited to talk to you about your family and future plans. Start by giving us a little background about you all.

Ben: My wife and I met in the Philippines in 2005, as I was there on assignment with the military (at the time), and we wed in a whirlwind a year later. The 2008 economic crisis hit us pretty hard, fortunately we weren’t yet property owners and we were still two pretty hard-headed 20-somethings. We were set back a little bit but were able to open our own business in Jan. 2010. We were convinced that it was the way to financial independence (and, by-and-large, it has been). However, after a few years, we realized most of the income we were generating was going simply to overhead. Then our daughter joined the family in 2013 (and as of September 2015, we’re expecting another!). So the two homebodies got to thinking, “How can we spend exclusive time with our budding little family if we’re indentured to our business?”

Two Travelaholics: What was your solution to that question, and how did you and your wife first address it?

Ben: After hearing of your traveling success, I proposed to my wife a traveling life aboard a beautiful sail boat (like the one pictured below), hindered only by weather and the occasional technical challenges. At worst we can hop off, sell the boat where she sits, and go back “home.” At best, we’ll sail “The Great Loop,” learn even more about each other, homeschool our children, and have one hell of a story for our grandchildren. 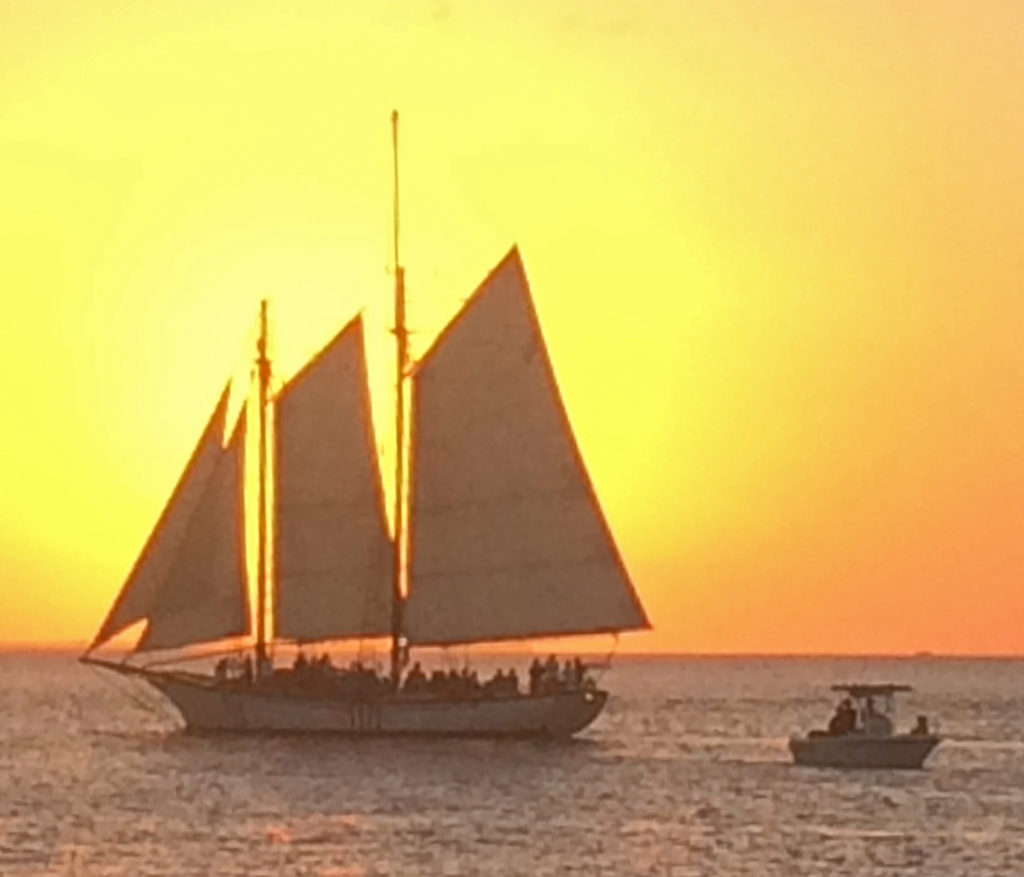 Ben and his family’s dream boat.

Two Travelaholics: What steps are you taking to put yourselves on track to reach your goal?

Ben: I’ve transitioned to a “regular job” in aviation, and we’re selling the business. As business owners, we work strongly in “phases.” Once the business sells, the house is next (though, we will retain property somewhere, since my wife’s parents are here in the U.S. with us, and probably wouldn’t be able to join us on our version of an RTW). Once those hurdles are out of the way, we’ll be able to re-assess.

Two Travelaholics: At what point in the process do you think you’re in? What’s next?

Ben: We’re in the “Getting Plugged Back Into The Matrix” phase. We need to shed the business and stop financial hemorrhaging (cable bills, etc.), and learn to live on a modest cash flow. Since I’m fond of Matrix references, the next phase will probably be called “Taking the Red Pill” phase.

Two Travelaholics: Exciting! Do you have a timeline?

Ben: Our business and daughter has taught us patience. We don’t (and really can’t, anymore) expedite things. Preparation takes time, much like your 14-month preparation before you started your RTW. Our RTW is a long-term goal, happening sometime in the next five years. It’s not quite as carpe diem as a younger me would hope for, but consistent progress toward a 5-year goal has gotten us pretty far, we like to think.

Two Travelaholics: Many people think it’s difficult to achieve this lifestyle with children. What obstacles have you faced so far and what obstacles do you anticipate in the future?

Ben: I disagree. The obstacle people perceive is the realization that they will be solely responsible for their children – and that’s what they are really afraid of. Children are difficult because they’ve yet to learn the grace of dealing with life. Remember, this is their first time experiencing anything, whereas we’ve dealt with something 25-35 more times. I don’t use my children for excuses, I don’t make excuses for my children, and I will try my hardest to ensure my children don’t make excuses for themselves. If we fail at something, it was due to some lack of planning or requisite skill — fix it, and move on. 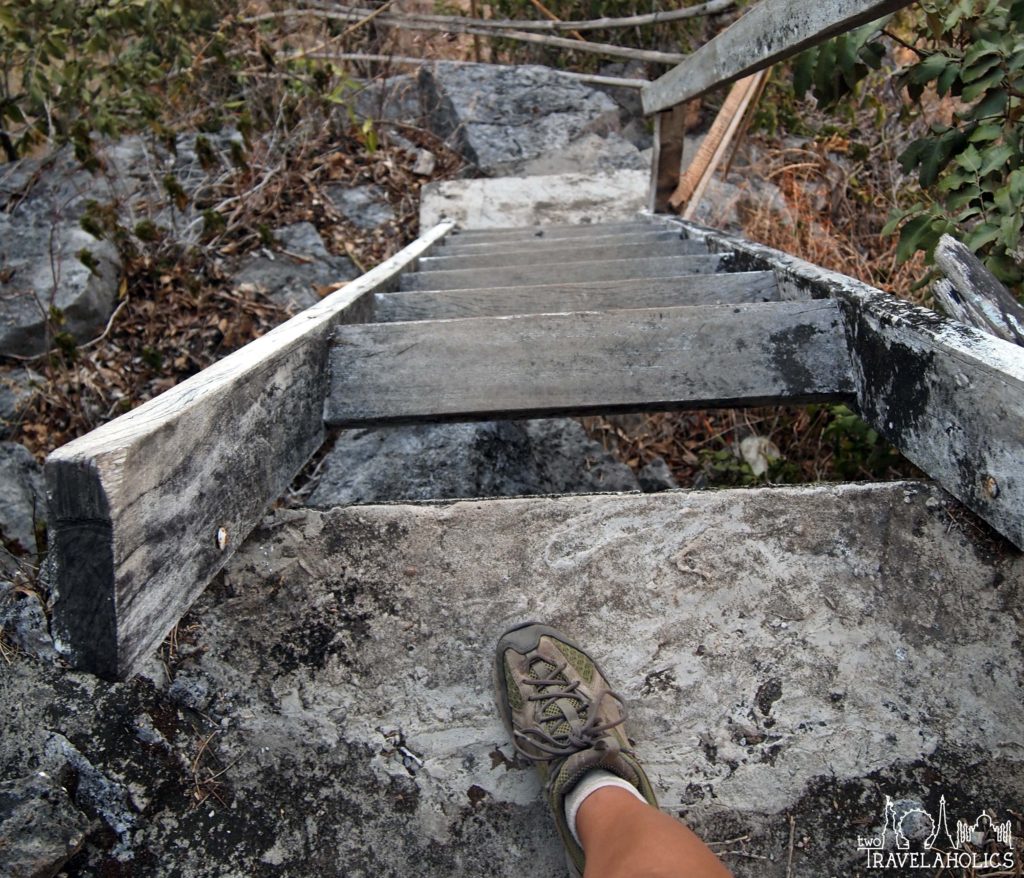 Two Travelaholics: What have you learned from your journey so far? What advice or tips do you have for others who want to do something similar?

Ben: I’m reminded of a quote by Ralph Waldo Emerson, which best sums this up:

Whatever you do, you need courage. Whatever course you decide upon, there is always someone to tell you that you are wrong. There are always difficulties arising that tempt you to believe your critics are right. To map out a course of action and follow it to an end requires some of the same courage that a soldier needs. Peace has its victories, but it takes brave men and women to win them.”

This quote is the bookend of every day for me. Without risk comes no reward.

Two Travelaholics: That’s a great quote. Speaking of what other people think, what have others’ reactions been when you told them about your plans?

Ben: A flash of incredulity, skepticism, and even jealousy before wishing us well. I had summarized it to an older supervisor of mine once as “an early retirement” (without any details) and suddenly realized I should have just kept my mouth shut. Americans are largely beholden to the idea that we need to hunker down, bring ourselves into indebtedness, and live the proverbial “American Dream.”

Two Travelaholics: Ooooh yes. We remember those reactions quite well, but you gain so much when taking a risk like this. When you’re on the road, errr in the water, what do you think will be a major benefit for you and your children?

Ben: Self-reliance: The ability to “improvise, adapt, and overcome” is one of the most important things a human being can learn. It is the epitome of what separates us from animals. 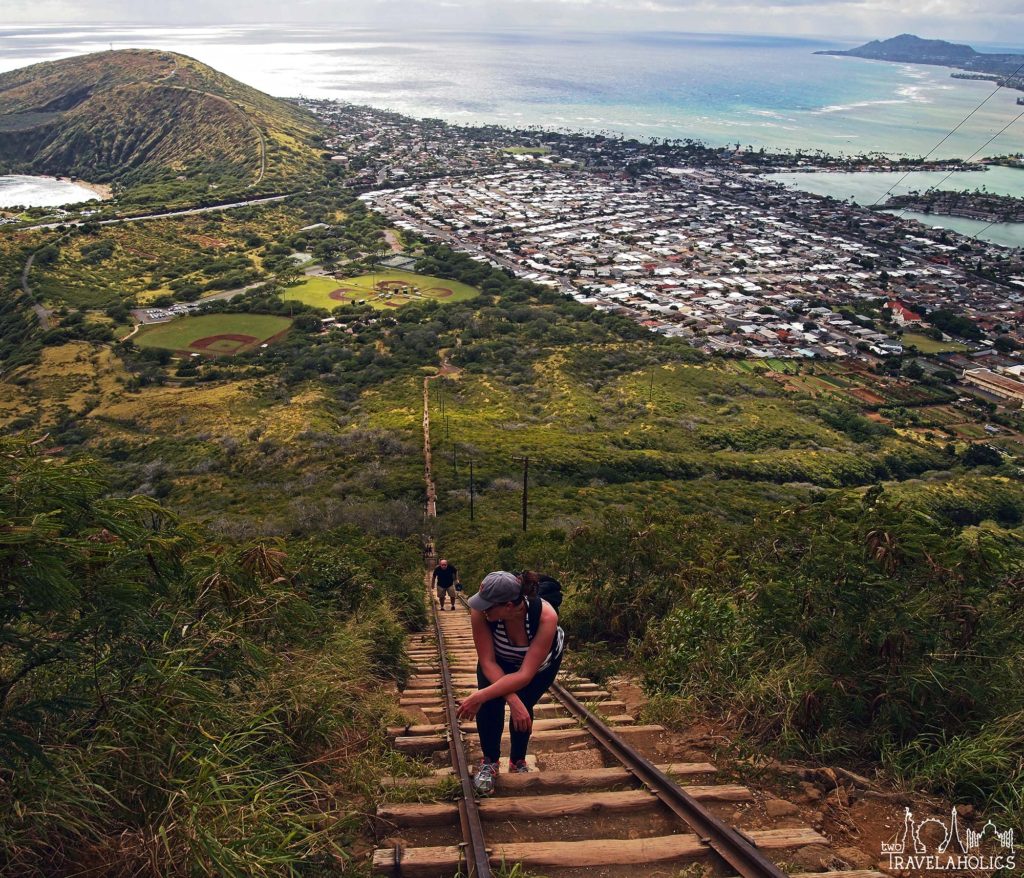 Two Travelaholics: And what are you most excited about or looking forward to?

Ben: Problem solving. People often talk about a “runner’s high” when they push themselves during a marathon. For me, it’s when there is what appears to be a problem without a solution and we manage to work around it.

Two Travelaholics: Finally, what resources do you recommend for those who hope to do something similar?

Ben: Use your head. Pretend you’re a business owner. You need to be able to “turn a profit” every day. You’re on a fixed income all your life. Sometimes it’s more, sometimes its less. Income – Expenses = Reinvestment Capital. If you ever go negative, you’re doing it wrong and you will fail. Treat your household expenses the same way. When you no longer have a “household” (i.e. you’re on your RTW), the formula still applies.

Thank you so much, Ben, for sharing your story with us. We’re excited to follow your pre-departure journey, and hope to have you back again to share more details about your progress with our travelaholic community.

If you have a question for Ben, you can leave it in the comments below or email it and we’ll update this post with his response.

*We’re not using this person’s real name since he and his family are still in departure prep mode and not yet ready to reveal their plans to the world. In Create Your Escape, we talk about how revealing your plans too soon can damage professional relationships and potentially end your current job early.