Colorado’s Beer Triangle, also known as the Napa Valley of beer, consists of Denver, Boulder and Fort Collins. This area towers above most in the United States with its sheer number of craft breweries, totaling 130. Within the whole state of Colorado, though, there are 235 craft breweries, according to the Brewers Association’s 2014 statistics. This ranks Colorado the #3 state in the U.S. for the number of craft breweries, behind California and Washington state, with 431 and 256 respectively. 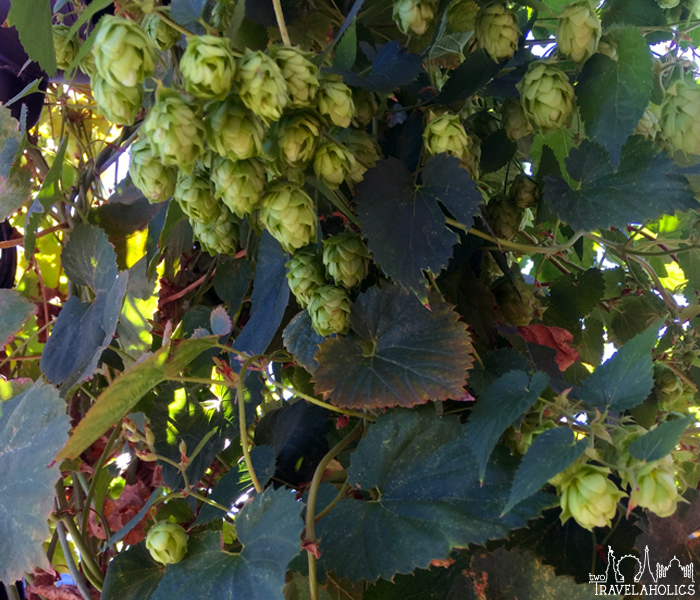 Not all of Colorado’s craft breweries produce the gamut of beer varieties, though. Crooked Stave, for example, specializes in sours while River North focuses on Belgian-style ales. This appreciation for beer and talent for brewing unique varieties are just a couple reasons why so many beer aficionados flock to Denver as the starting point for a beercation, and why we did too. Beer is everywhere, and most of it is excellent. So how do you plan a vacation when there is so much to choose from?

Find a guide.
The main reason we finally put Denver on our travel itinerary is because our good friend Brooke relocated to the area. Brooke, a native Coloradan, offered us a place to couchsurf in addition to acting as our brewery Sherpa (though we did have to carry our own bags and beer). Not only did she know the best breweries in the area, she offered to act as the designated driver for the remotely located ones. For example, Breckenridge Brewery is one of Tara’s favorite breweries, and while there was a location within downtown Denver, they had just opened a Farmhouse restaurant and bottling plant in Littleton, a suburb of Denver. Getting out there would have been on the expensive side if we took a taxi or Uber round-trip, but with Brooke behind the wheel, we were able to visit breweries we would have otherwise chosen to skip due to location. Another great example is Dry Dock Brewing Company, which is a microbrewery in a strip mall in Aurora. Actually, we wouldn’t have even know about that brewery if it wasn’t for Brooke suggesting we try it.

No guide? No problem.
We know that not everyone has a Brooke in their life. The first thing you’ll want to do isfind a place to stay. Consider the following neighborhoods: Downtown, the Highlands, or River North. Not only are there tons of breweries and good restaurants within walking distance, but should you decide to hop in a cab or Uber to another section of town, it should be relatively inexpensive (~$10). We recommend wandering around on your own since you can’t beat the prices, and most breweries offer free tours of their facilities. If you Google “Denver self-guided brew tours,” you’ll find maps for walking tours and suggestions of breweries to go to so you can plan your own self-guided tour. 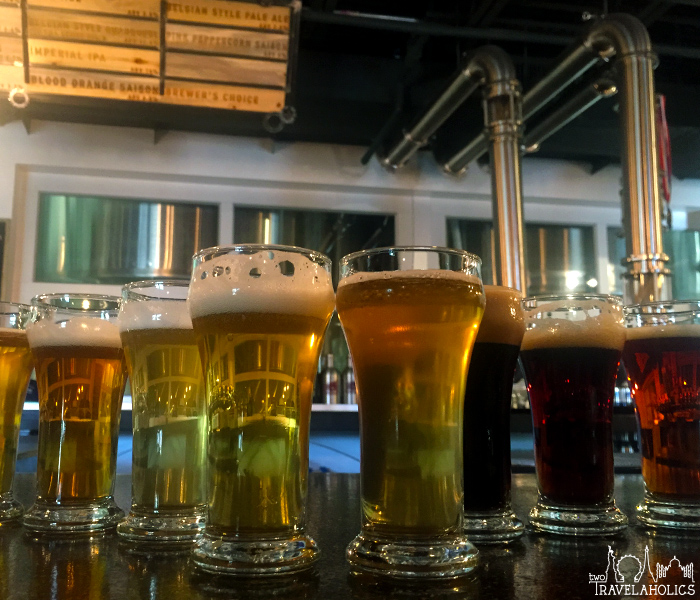 Whether you choose AirBnB, a hotel or decide to Couchsurf (legitimately through https://www.couchsurfing.com), planning you’re a route on your own might sound intimidating because of all the options. If that’s the case, there are plenty of tour companies that will take you around for a fee. Prices range from $20 on up, depending on the number of breweries you want to see, and whether samples are included.

Allow your body to adjust to the altitude.
Colorado passed legislation legalizing marijuana, so maybe that lightheaded feeling is something in the air. But if you live at sea level, it’s more than likely the elevation that’s throwing you off. Even the most fit person can get altitude sickness at 5,280 feet above sea level (leading to shortness of breath, nausea, and exhaustion). Take it easy and make sure to drink lots of water. Additionally, those not accustomed to the higher elevation can find themselves getting drunk faster. This is just one more reason to act responsibly and not drive if you are planning to drink.

Go for variety before volume.
With breweries at every corner, it is tempting to try everything put in front of you. One way to maximize your experience is to order a flight of beer or small 4-ounce pours of a brewery’s top beers. The cost of a pint (usually 16 ounces) is typically the same price as a flight of beer, which allows you to sample several brews. In our case, since there were three of us, we were usually able to try all the available drafts by getting a couple samplers each. Then, if we found beer we enjoyed, we could order a whole pint, buy bottles or a growler for later or could quickly move to the next brewery on our list if we weren’t impressed.

Don’t be overwhelmed.
Our game plan was to be adventurous during our tastings. We were never averse to trying as many new beers as possible, even the ones that ran $9 for 4 ounces (I’m looking at you, Avery Brewing with your Uncle Jacob’s Stout. It was worth every penny, but hard to justify a full pour before tasting first.). However, we all found our own personal preferences and, for the most part, stuck with them (Mike with stouts, Tara with sours and Brooke with IPAs). This occasionally meant visiting certain breweries that catered to one person’s preferences. With so much competition in the marketplace, a lot of Denver breweries have gone all-in on certain styles or specialized in specific beers (from Prost Brewing specializing in German-style beers to the flavorful chili-infused beer at Wynkoop Brewing Company). This is good news for those fans of more esoteric brews. If you have tried it before or even dreamed it up, you can probably find a variation of it in Denver.

Don’t forget to eat.
Punishing your body with alcohol and altitude sickness can make for a miserable time. However, just drinking plenty of water and eating enough should keep you upright. For better or worse, most breweries do not have kitchens. The hassle of contamination and the potential of getting shut down for a health code violation is enough for most places to simply skip food services. Luckily, the food truck business is booming. A food truck is typically parked in front of each brewery that does not have a kitchen, happy to offer their services. Constant snacks will keep you from getting hangry.

We did not have a bad meal while we were in Denver. Casual and fine dining options are everywhere, and we were extremely impressed with some of the wait staff who would ask about dietary restrictions and allergies almost immediately. We even had what may be the best veggie burger in the country at Highland Tap & Burger (we ate the Shroom Luva’s with a veggie patty and are still not convinced that the patty wasn’t meat since it was so juicy and flavorful).

There is more to the Denver area than beer.
If you make it through breweries and restaurants and still want to try something else in Denver, head over to Rocky Mountain National Park. It can be as long or short of a day trip as you want to make it (allocate a minimum of 3 hours, but that is literally just for driving up and turning around). If possible, go there earlier in the day. Storms frequently blow through as the day wears on, usually starting around noon. This makes for cold temperatures and low visibility, but most frighteningly, it means that lightning strikes become extremely common. 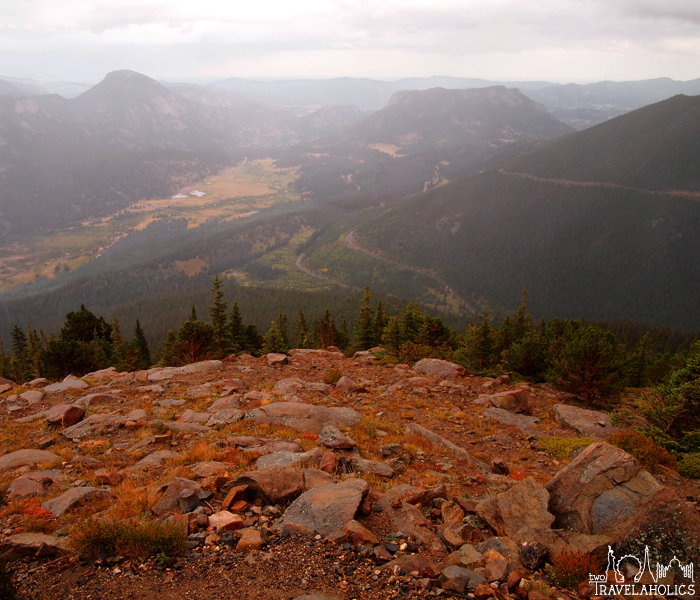 Day passes cost around $20 per automobile, though prices will be increasing. Just a word of caution: if you have trouble breathing in Denver, you might want to skip the Park, as parts of the drive can reach 12,183 feet, or 2.5 miles high.

We also fit in a concert at the open-air Red Rocks Amphitheater. This is perhaps one of the most beautiful venues in the world and a must-see location if you love music. The city of Denver lights up behind the stage, which is flanked by large red rocks. If you’re driving in with friends, they allow you to tailgate in the parking lot, which is obviously a money-saver if you don’t want to pay for overpriced alcohol inside the venue.

Lastly, Denver is home to just about every professional sport, so depending on the time of year, you could see football, hockey or baseball. Just make sure you plan a long enough vacation to fit it all in.