For our first of three planned visits to Bangkok, Mike and I decided to stay in the Sathorn district. We booked a hotel within walking distance to the Myanmar embassy so that (you guessed it) we could get our visas. Our home for three days was tucked inside a residential area with narrow winding streets and small alleys. Along our walk to the main thoroughfare, we passed small food stalls mostly selling grilled fish and chicken.

One day en route to lunch, we passed a woman making som tam, or green papaya salad. We got hooked on it the first time we tried it in Phuket. It’s spicy, savory and not fried like so much Asian food. After walking five paces past her stall, we stopped and turned around. There were two women ahead of us in line. A lot of smiles were exchanged among us, as is the norm in Thailand. 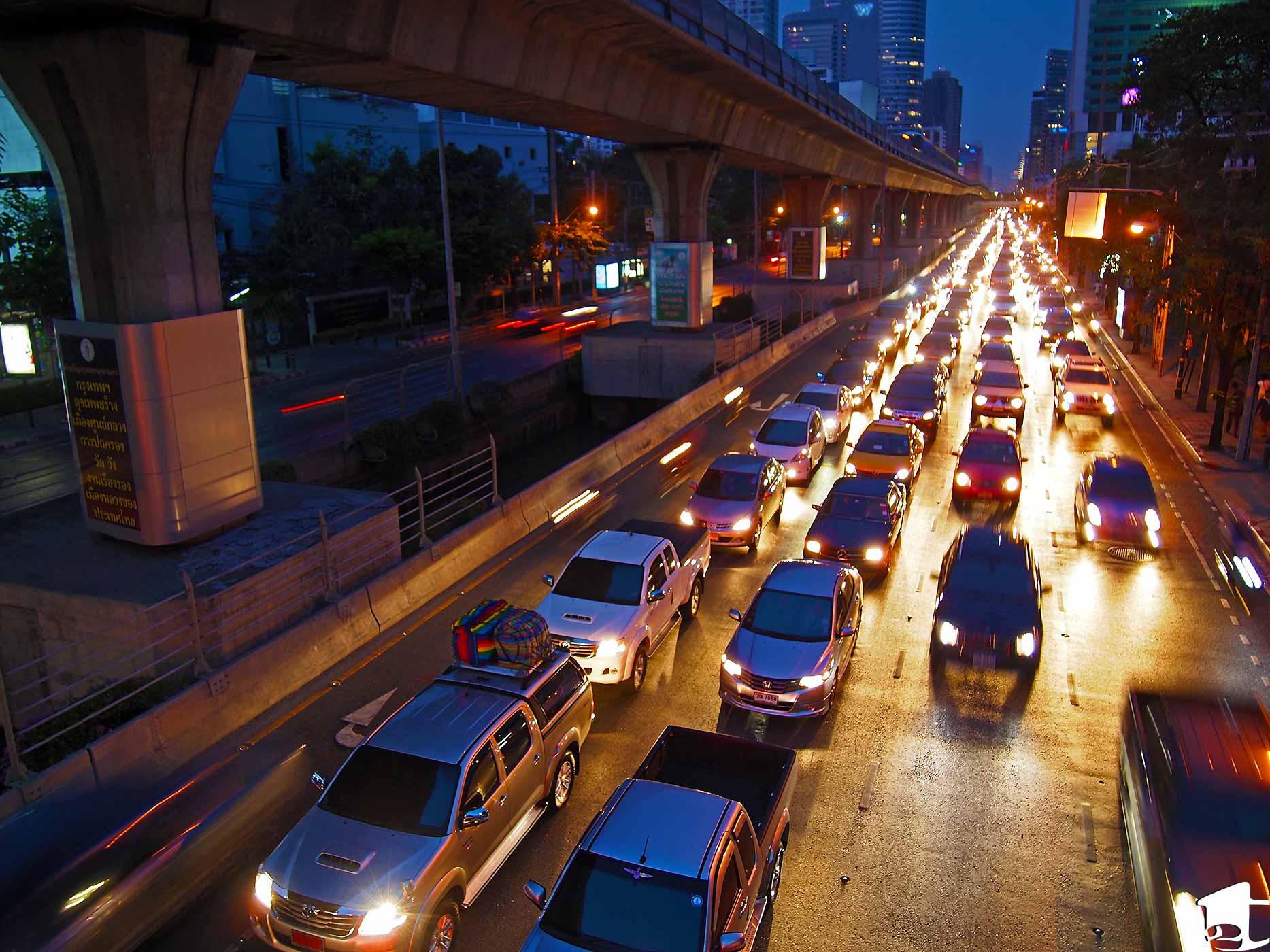 The main thoroughfare that our hotel was tucked away from.

I had a feeling the vendor didn’t speak English. So when it was our turn, I held up two fingers and said “som tam.” She picked up a couple chilies to ask how many, and Mike chose two for his. Deftly, she started tossing in a little of this and two scoops of that. Mike took video while I watched her mix all the ingredients with a mortar, pestle and large spoon like a pro. She must have seen me staring, mesmerized by how well she worked the ingredients in the mortar.

After she finished Mike’s som tam, she used gestures to ask me if I wanted to try making mine. I had a feeling that’s what she was offering, but I didn’t want to just assume in case I was mistaken. After one offer, she continued getting my dish ready. Then she stepped aside, pointed to her spot behind the stall and gestured for me to go there. Now there was no mistaking what she was trying to say. I excitedly made my way around and took over as sous chef. Watch the video to see how it turned out.

What I love about this experience is that despite language barriers, this friendly Thai woman offered me a priceless experience. I doubt this would have happened if we were staying in a more touristic area. When we left the stall, I noticed a few other locals had gathered around to watch. They were all smiles. And for the vendor, I said as many khob khun ka as possible (“thank you” in Thai). We walked away with lunch and a simple interaction that I’ll treasure.