Not many people had nice things to say about Singapore before we arrived. 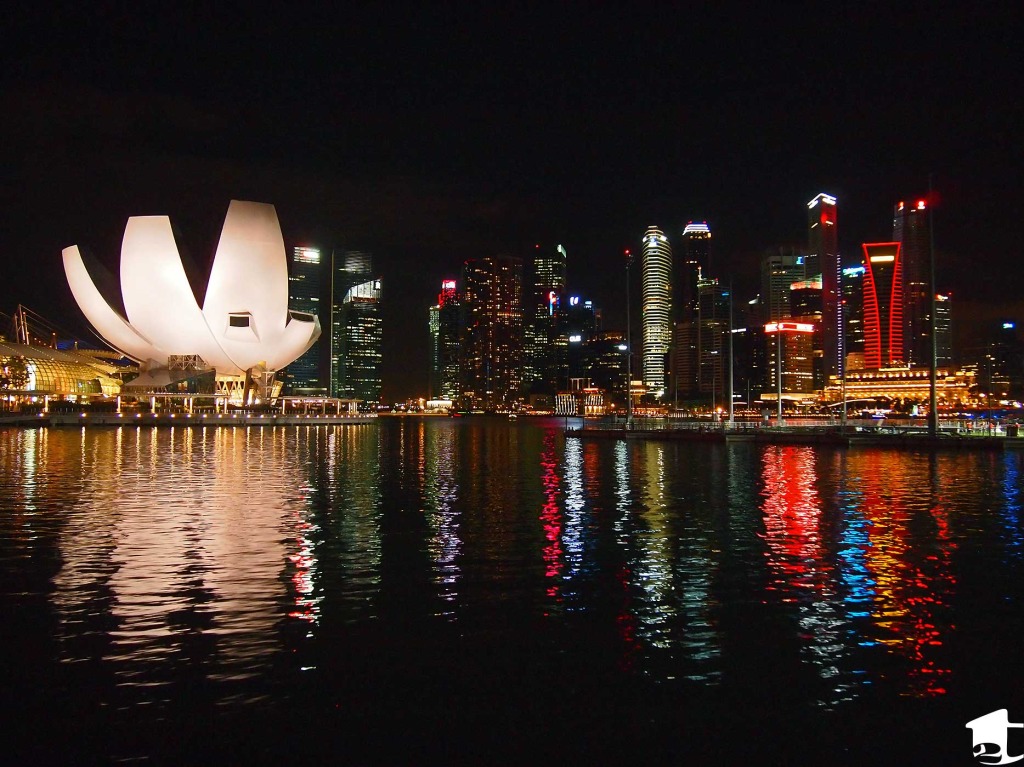 It’s frustrating to me when people compare, say, Singapore to Bangkok. Well, obviously they’re going to be different. You have to look at cities – like people – as individuals with their own unique characteristics. (While I’m at it, the same goes for the pyramids. Can everyone stop trying to compare them to Petra? They’re completely different!) And Singapore has a lot going for it. Yes, it’s a big city, but that also means there are a lot of activities for visitors, and not all of them will break the bank.

We’re budget travelers and certainly not Singapore experts, but we were successful in experiencing a lot while spending $25USD* per day per person outside of accommodation costs. Here are our best tips for spending a little and doing a lot:

Skip taxis and walk or take public transport. The MRT (subway) and city buses charge passengers according to the total distance (in kilometers). If you’re staying for more than a few days, purchase an EZ-Link card. This will give you discounted fares on public transportation versus paying with cash. But if you’re only staying a day or two, the card is not worth the S$5 purchase fee. (You pay S$12 total, and S$7 is added to the card.) Singapore is also a very walkable city. So grab comfortable walking shoes and some sunblock, and set off by foot. After all, you learn a city best by walking it.

Look at restaurant menus, then walk away. Since hawker center food is so cheap and tasty, there is really no need to dine at the [more costly] restaurants throughout the city. There are many hawker centers in the CBD area where you can have, for example, a very large, filling bowl of tom yam soup for S$5 and a cold drink for less than S$1 (that comes to $4.80USD or 3.70€). Or, if you choose to stay in the suburbs, there are many local hawker centers outside of the downtown area. Not all of vendors are 24 hours, but many of them advertise being so. There are also many malls in Singapore, and the food courts are often packed. While Anthony Bourdain might not stop by on his next layover, these food courts also serve tasty food for reasonable prices. 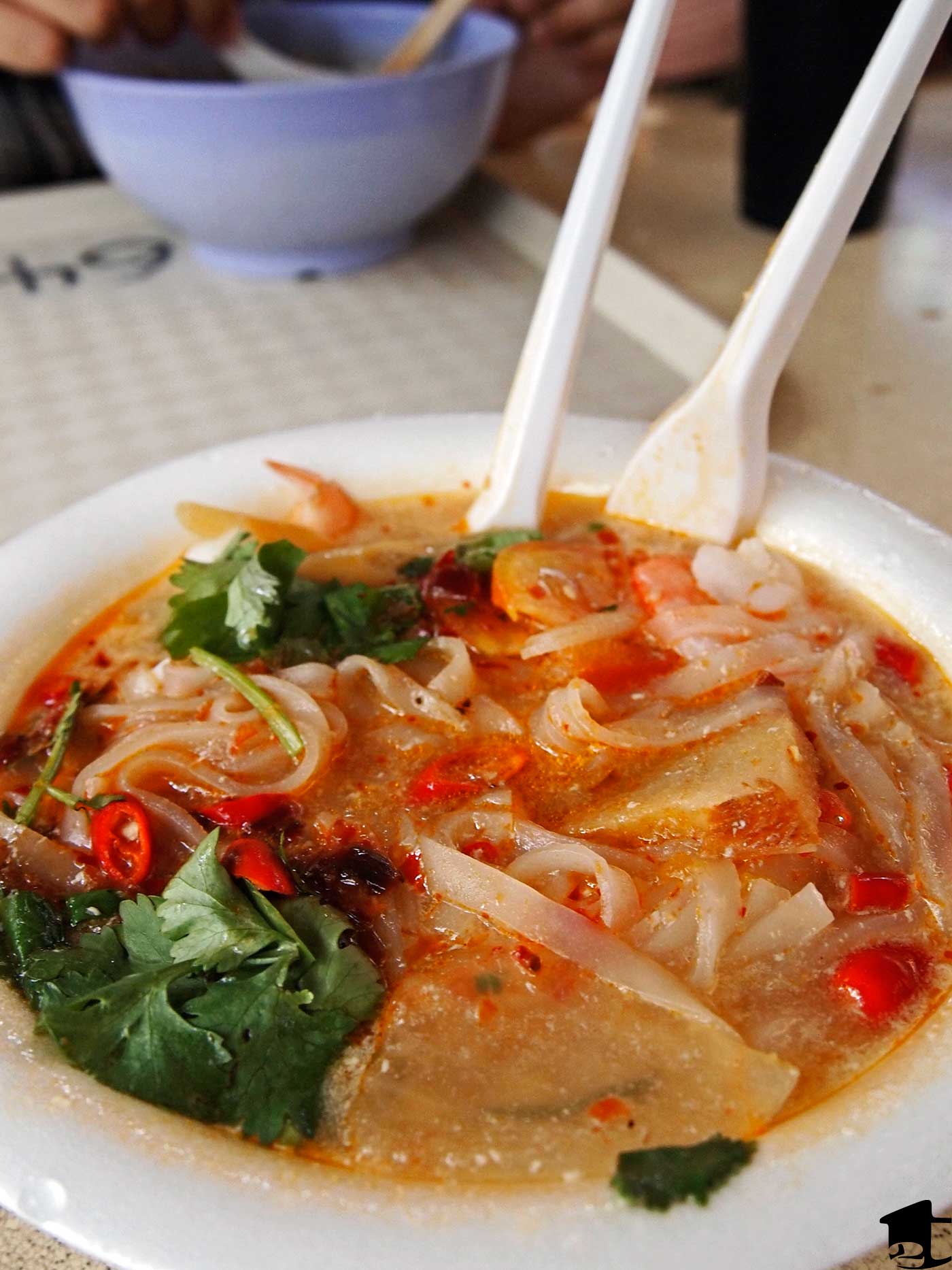 Pee free. As an American, I’m not used to paying to use public restrooms (bathrooms/toilets/WC) and hate when I have to shell out money for one that is not clean and doesn’t offer toilet paper. Luckily, there are a ton of free toilets around Singapore. You can pay 10 cents to use one at a hawker center, but why? Hold it in and stop by a tourist attraction, where you’re bound to find a free one. Examples: the Esplanade, Marine Bay Sands Hotel (or, let’s face it, any hotel or mall), and the Gardens by the Bay.

Free is good, right? The Singapore City Gallery is free and very interesting if you want to learn more about the history of the country. Also, the Singapore Art Museum is free on Fridays from 6-9pm. Entry during that time will save you the usual S$10 fee. Want more? We walked into the Esplanade and found a listing of free upcoming performance and browsed a free art exhibit. The a cappella group MICappella was doing a sound check at the outdoor stage when we arrived, so we were able to sit down and enjoy the afternoon tunes. Later that night, the Chingay Parade – the last of the Chinese New Year events in Singapore – offered a free viewing area, which we took full advantage of. We could’ve paid S$40 for stadium seating and squinted to see the individual performers. Instead, we showed up an hour and a half early and scored an awesome spot at the front of the barricade.

Be a savvy traveler. We read about the Chingay Parade in the AirAsia in-flight magazine on our way into Singapore. When we arrived, we used Changi Airport’s free WiFi to look into it. The festival’s website showed that PAssion Card holders received discounted tickets. We weren’t locals and didn’t have a PAssion Card, but that didn’t matter. We were Couchsurfing in Singapore, which means our hosts had a PAssion Card. We borrowed it for the day and instead of paying for a discounted ticket, we entered the PAssion VIP area with the card and viewed the event from there. Besides access to this exclusive area, we also got a goody bag of snacks and a drink. Score! 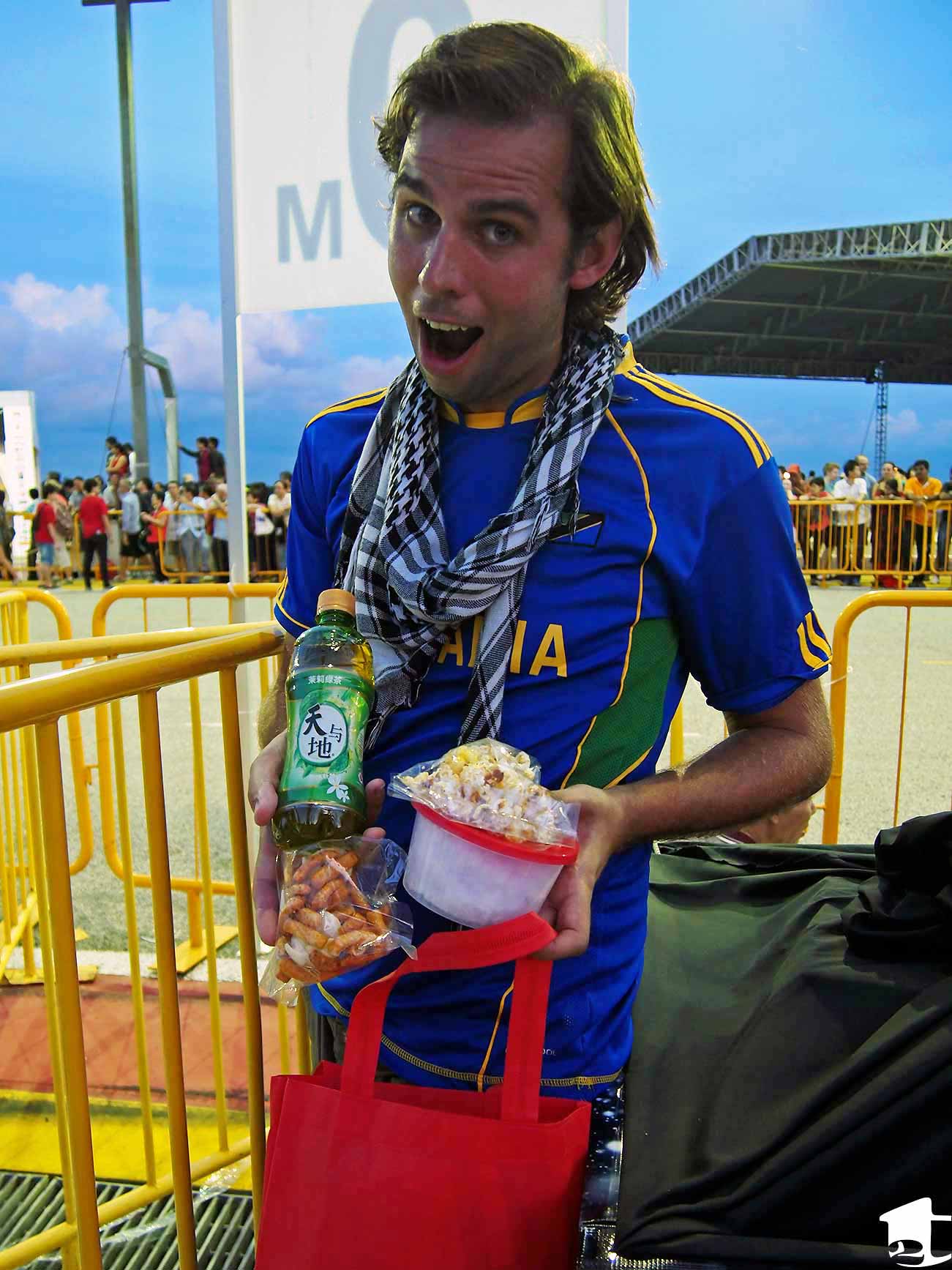 You know how Groupon is awesome at home? It’s awesome abroad too. We scored reduced admission to Underwater World on Sentosa Island, which also included entry into the Butterfly Park and Insect Kingdom, as well as “high tea” (the high tea was a slice of pizza and drink – lame! But we’ll never turn down food).

Want a cheaper ride to Melaka, Malaysia? Take a two-day trip into another country on the cheap. Instead of boarding a bus downtown that costs S$20-30 ($16-24 USD or 12.30-18.50€), take the MRT North South Line to Kranji, then board the 170 bus headed to the border at Johor Bahru (JB). You pay local public transportation costs. The bus will drop you at the Singapore immigration station, then pick you up on the other side (you can also hop on the 160 at this point) and drop you at Malaysian immigration after the waterway. Jump back on the 170 to go to Larkin Bus Terminal. This ride takes about 10 minutes. To get to Melaka, we boarded a brand new Delima AC bus (that showed a movie on a flat screen up front!) and paid 19 Malaysian ringgits per person (that’s $6.12 USD or 4.70€). The ride from JB to Melaka took about 2 hours 45 minutes. If you’re staying in Singapore’s CBD, this option may be more of a hassle. But if you’re in the suburbs, it’s quite easy and may be worth it to the budget traveler.

*We actually would’ve spent even less if we didn’t do a big-time sushi buffet splurge at Sakae Sushi. After going months and months without our beloved raw fish, we couldn’t resist.

Do you have any questions about Singapore? Any other tips for fellow travelers? Tell us in the comments below!