Before leaving the States for our epic adventure, we lived in Washington, DC. If there is a cause worth fighting for, a rally, march or protest for it will be held in DC, the nation’s capital. Hundreds of thousands could be storming the city on any given weekend, but unless we traveled to the heart of their gathering, we had no idea. Sometimes people forget that a protest is typically contained in one area and does not actually affect the rest of the city, and certainly not the whole country. Since we often travel or live outside our comfort zone, we understand such things and are not afraid to encounter them.

Weeks before our scheduled flight to Cairo, Egypt, protests broke out across the Muslim world over a stupid movie made in America that was meant to stir up trouble. You all know the story already. Because of it, we religiously watched and read various news sources every day leading up to our flight. Locals and expats alike said that unless they went directly into the fire (i.e.: Tahrir Square or the America embassy), they were not at all affected by the riots – life continued as usual. We also read that a large-scale anti-American sentiment did not exist in the country. In a population of 82 million in Egypt, only a thousand or so were involved in the demonstrations. In a population of 82 million! The information we consumed made us feel as though we were making the right choice: to travel, as planned, to Egypt. 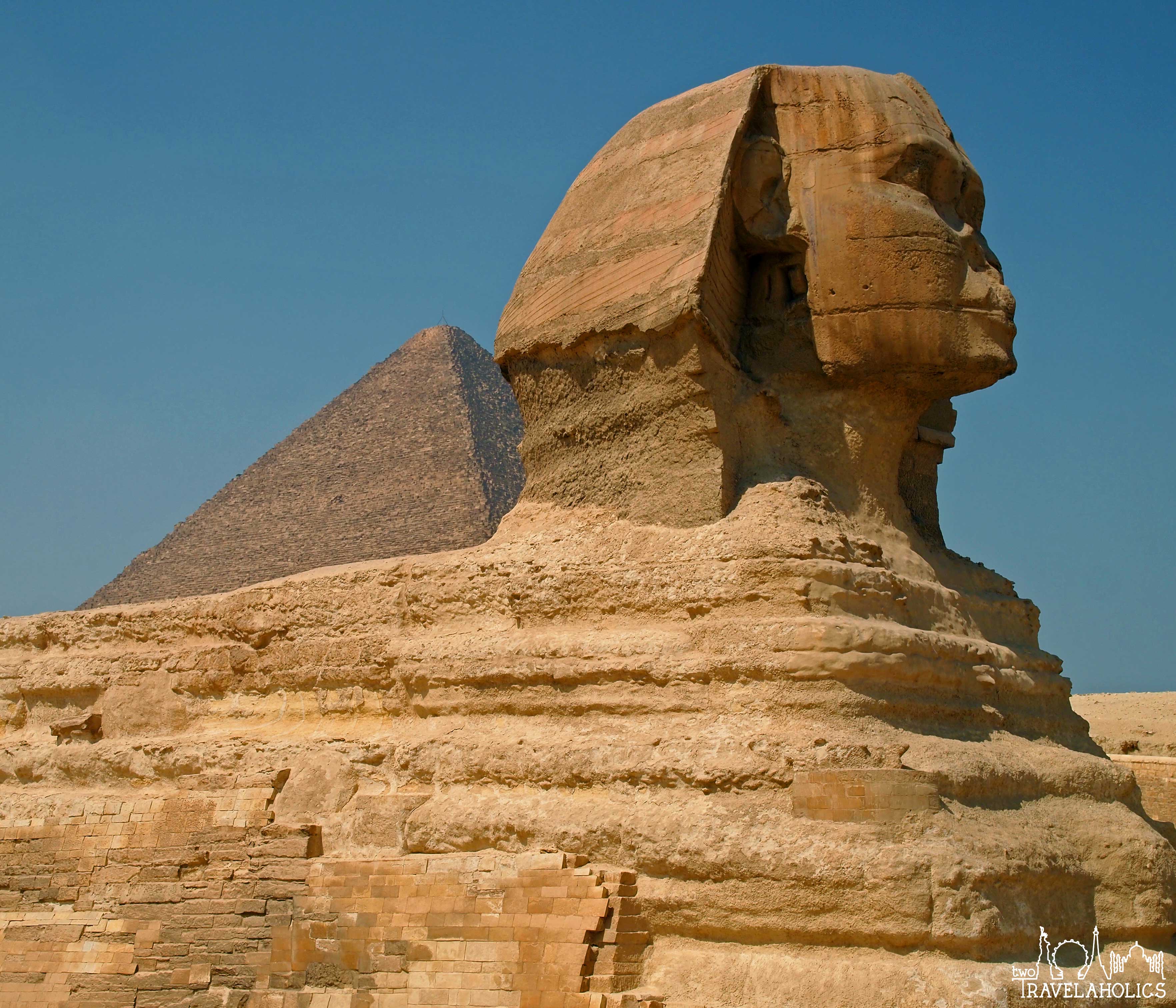 The Sphynx in Egypt.

But that did not stop friends and family from worrying. They urged us not to go, but that was no longer an option for us. Since we did not have a plan for our 12 days in Egypt, we started looking into joining a tour group. We have never joined a week-long group tour because they usually did not fit with our style of traveling, but we thought that if we found a good one, it would do the old “kill two birds with one stone”: make our loved ones feel more comfortable with us traveling around Egypt and make our lives stress-free for a bit by not having to research and plan our next move.

We had already started doing research for overland tours in Africa, and thought we would probably book an overland through On The Go. So we did a little more research on their site and found they had a 9-day tour through Egypt that worked with our tight 12-day stay. The tour, called King Tutankhamen, made all the stops we were hoping for and had positive reviews from past participants. Before we knew it, we were booked on our first week-long group tour with no idea what to expect. Will they give us enough time at each site? Will the tour guide be unimpressive? Will we walk away thinking we could have done a better job ourselves?