Everyone wants to know why we choose the countries we visit. Our reasons range from “it’s been on my bucket list” to “it’s cheap” to “why not?” Russia falls into the third category.

I’m half Russian, from my father’s side, but I never had a strong desire to explore the country since my family doesn’t know which region our ancestors emigrated from. Russia is an extremely large country, and it was even bigger a century ago when my ancestors left for Ellis Island. So it’s hard to get excited about seeing “the motherland” when the people, traditions and landscape change wildly from time zone to time zone (In 2010,  then-President Dmitry Medvedev reduced the number of time zones from 11 to nine.). It’s like someone telling you that you’re European, but not specifying where in Europe. Spain? Switzerland? Romania?

Still, Russia is one of those mysterious countries that I wouldn’t have said no to if the opportunity presented itself — and it did. Russia ended up working its way into our travel plans because of Mike’s mom, Karen. It wasn’t initially on our list — we had planned to explore the Baltic countries after visiting Finland. We figured they would be cheaper, there wasn’t a visa requirement and we would get all the excitement of being exposed to Russian elements without paying the premium of being in Russia. But Karen changed our minds. She’s half Russian, knows the language and said she wanted to show us Russia since she had been twice before (in 1971 and 1991). She saw our trip as the perfect opportunity to travel there with us, so we agreed and jumped on board. 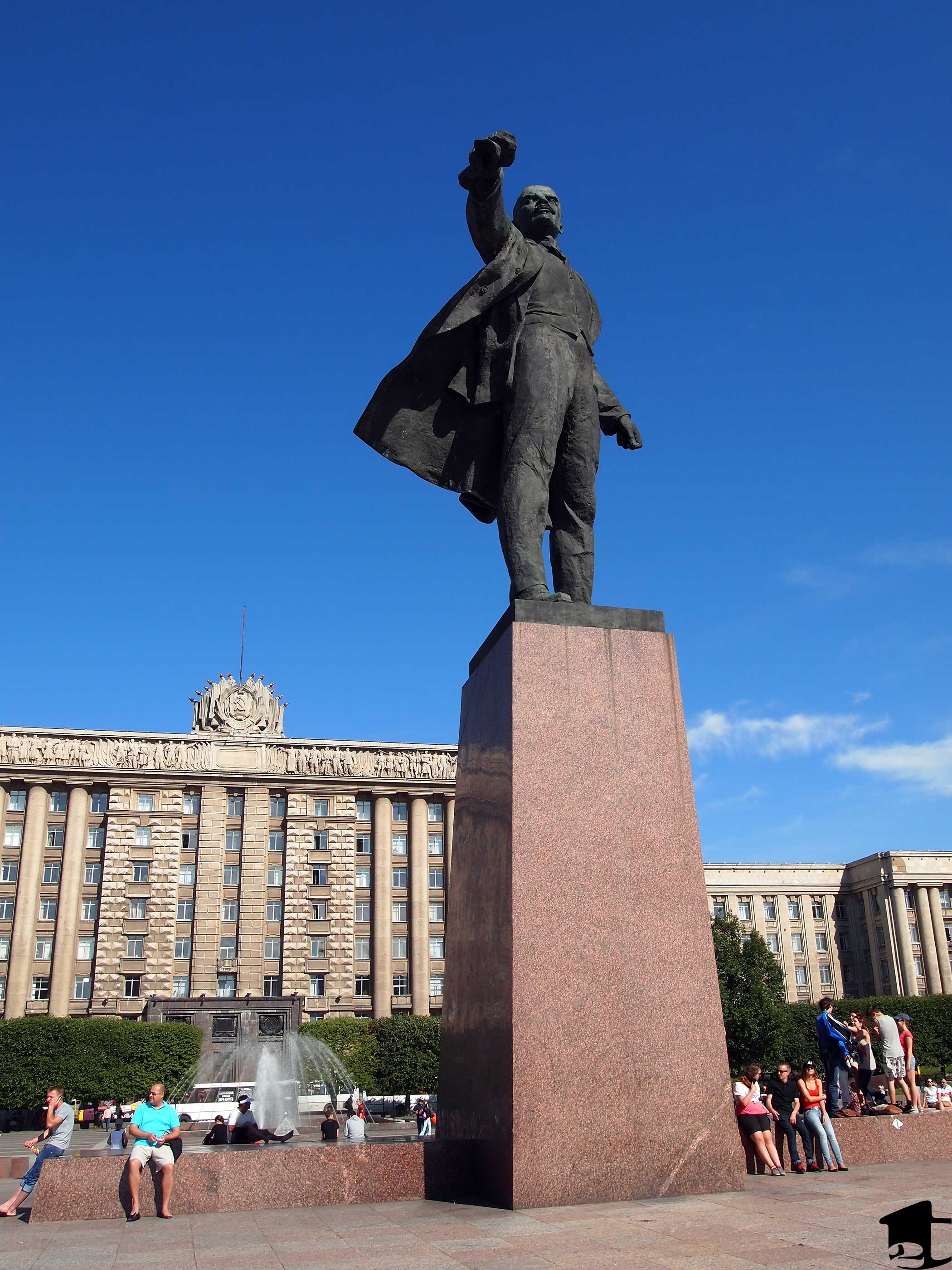 I didn’t know what to expect, though I had heard that Russia isn’t known to be a very tourist-friendly (or friendly in general) country. I was hoping that would be a rumor I could dispel after our visit. (I can and can’t. But let’s just say that as a whole Icelanders are friendlier.) The other thing that comes to mind when thinking of Russia is a Soviet feel — dark, cold and intimidating. These were the ideas that had sculpted my impression of Russia before even landing there. And they did turn out to be partially true depending on where I was and who I was interacting with.

Since I’m used to traveling through countries where I don’t know the local language, I never considered it a problem — per usual, I’d learn a few essential words and improvise along the way. And we got by well in the beginning, but probably because we were on a sponsored tour (through St. Petersburg and Moscow).

After the tour ended, the three of us hopped on an afternoon train to Vladimir, a city 200 kilometers east of Moscow, because Karen had visited years ago and thought we would enjoy the sights. The city is more than 1,000 years old and filled with an immense amount of history — and it’s significantly cheaper than Moscow, which consistently ranks as one of the most expensive cities in the world.

It was en route to Vladimir when I had my first shell-shocked experience of the trip. We had had the pleasure of traveling around with a Russian speaker for a week, and now the real challenges* were just beginning.

*I consider the following to be those horrible travel tales you laugh about long after they happen but hope to never experience again. These stories by no means represent my experience in Russia as a whole, but they’re way more interesting to describe than detailing what the largest room in the Hermitage holds.

Situation 1: I Want to Crawl in a Hole and Not Come Out

Vladimir is the first stop on the Trans-Siberian Railway, so our train seats weren’t the usual two by two, airplane-style assigned seats. Instead, we were in a four-berth third class couchette (like a compartment with bunk beds) since most of the passengers were taking long-haul Trans-Siberian journeys (ours was only three hours). Unlike first or second class, in third class, there are no doors on the compartments. Because of the train’s long route, we saw most other passengers in the carriage getting cozy in their made-up beds after the first hour. (Cozy meaning that the men stripped down to shorts and the women changed into pajamas.) 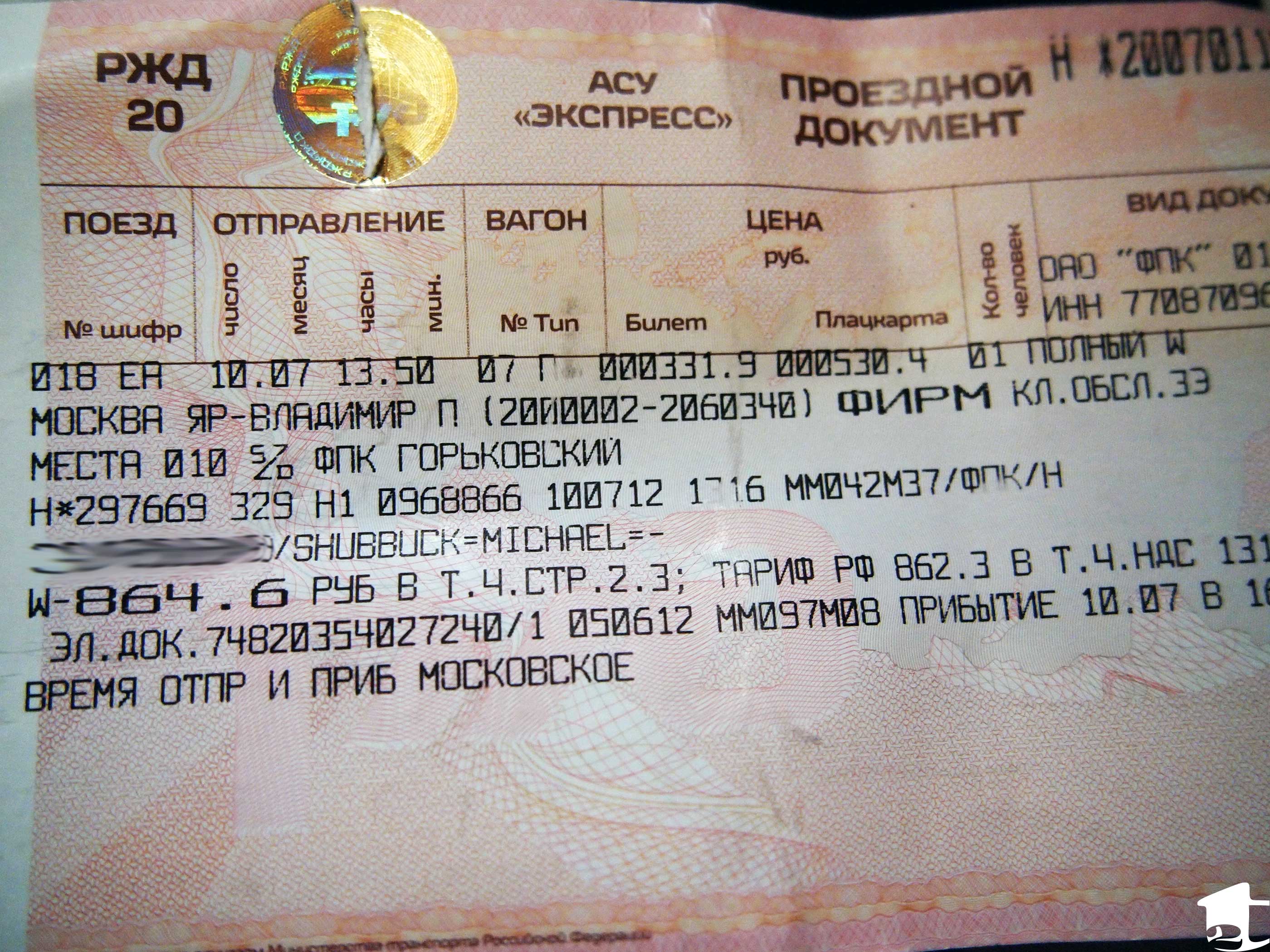 Since we wouldn’t be on the train as long as the others, we stayed seated — Mike and I on one lower berth and Karen across from us next to a Russian girl who was already sitting when we came in. After we looked at our tickets again, we saw that we actually were assigned to two top berths and one bottom, which was a little awkward since the top beds were made up with sheets. Unfortunately, the Russian girl in our compartment didn’t speak English, so we didn’t know if it was ok for Karen to sit next to her until we got off. Karen asked her about it in Russian, and while she said she didn’t mind, we still felt bad that she didn’t have the option to lie down.

Eventually, the hum of the train and relaxed atmosphere made me drowsy, so I shut my eyes for a light sleep. Midway through my nap, I could hear Mike and Karen discussing whether I should move to the top bunk. I didn’t feel comfortable moving to the top — something inside told me not to. I also didn’t particularly want that kind of sleep since the train ride wasn’t long, so I kept my eyes shut even as they tapped my leg to see if I’d wake up. When I did eventually wake up, Karen told me I could sleep on the top bunk. She had spoken with a German passenger in the couchette next to ours, and he told her he thought it was ok for us to be up there, according to what our train ticket showed. But I declined and said I wasn’t going back to sleep.

As the train rode on, we all continued to wonder whether we were encroaching on the Russian girl’s bed. I started to feel bad about the situation and agreed to go to the top bunk to read so Karen could sit next to Mike. I climbed up and immediately regretted doing so. The ceiling was extremely low — this is coming from someone who is 5’ 2” — so all I could do was lie down. It would be an uncomfortable journey for sure.

But I didn’t have to deal with it for long, because just after I reached the top and started to get comfortable, the conductor ran over and started screaming at me in Russian. I shot up and looked down at her, hunched over, as she started grabbing at the bed sheets underneath me. I desperately looked at Karen hoping for a translation, but it didn’t seem like she was able to decipher words through the ruckus.

The whole situation was overwhelming. I was most upset with myself for not listening to my instincts, which told me not to go on the top bunk. So I did the only thing I thought was appropriate and hurried down to where I had been sitting previously. As the conductor continued to scream and thrash the bed sheets above me, I grabbed my book and bent my head down, pretending to read. I couldn’t actually concentrate on my book since the conductor was still directing her words at me.

Once she finished tearing off the sheets, I guess she made a motion that I could go back to the top bunk. I didn’t see her do it because I couldn’t bring myself to look up again. Karen told me I could go back if I wanted, but I didn’t. Relocating again was absolutely the last thing I wanted. I wanted to crawl in a hole and not come out.

A few minutes later, a Swedish passenger, Patrick, sat next to me on the lower berth. He said he heard the whole ordeal and couldn’t believe how animated the conductor had been. Already, we were all able to laugh about the situation and our inability to understand a single thing the conductor yelled. Patrick also didn’t speak Russian and was only armed with a single Cyrillic word in a notebook for his long Trans-Siberian journey: вегетарианский, meaning vegetarian.

Despite being able to (half-heartedly) laugh about the situation, I was still extremely embarrassed. I took it as a sign to continue to trust my instincts — they’ve seemed to work really well so far.

STILL TO COME: Situation 2: This is How it Ends and Situation 3: Strangers Can Be the Nicest People