Finland turned out to be the perfect location to recharge our bodies and minds. After two weeks of driving, hiking and pulling over at every point of interest we found in Iceland, Finland offered an opportunity to watch some soccer, defrost in the sauna and relax. The timing of our stay in Finland coincided with the summer solstice. This holiday, which they call midsummer, empties every city, as its residents pour out of their urban dwellings for their summer homes in the countryside. 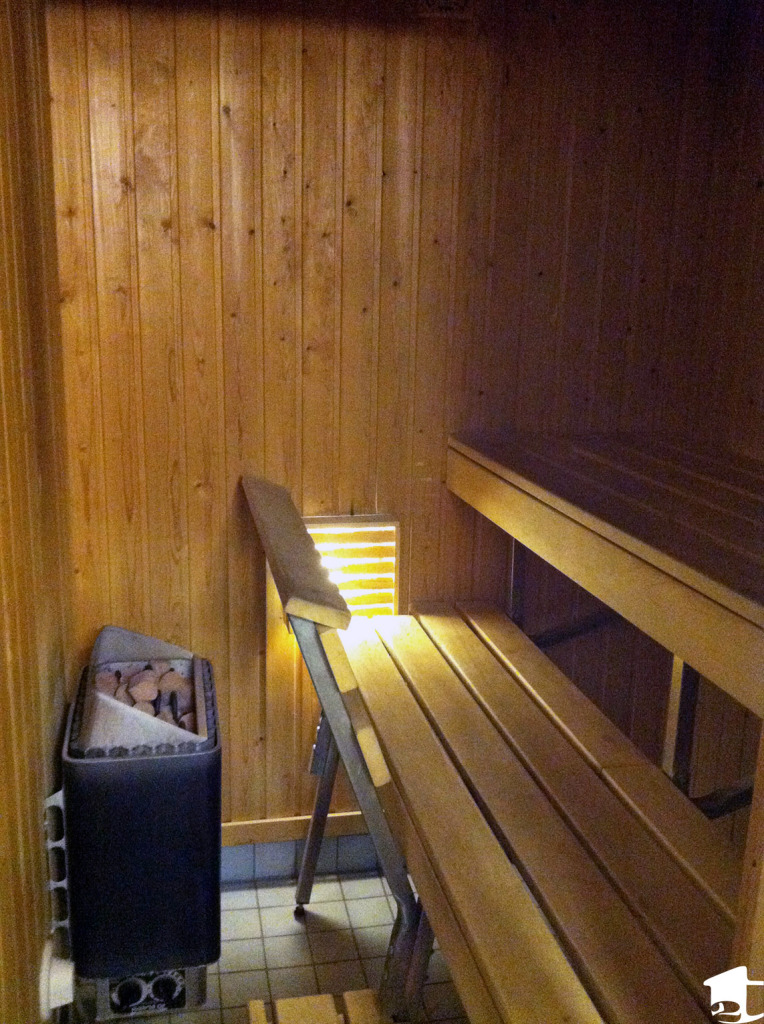 Luckily, an old friend whom I studied animation with in Prague was willing to hold off hightailing it to her summer house with her family for several hours in order to pick up Tara and I from the airport, set us up in her flat and take us around the city. In the evening, we went out to dinner to a famous Finnish restaurant with her partner and 11-month-old daughter. The food was incredible – Tara had a salmon fillet and I had perch – and we finally had a decent beer.

For the previous few weeks, Tara and I suffered through bad Icelandic brews. Once we realized there wasn’t one worth drinking, we gave up. While Finnish beer didn’t win any awards in our book, it was head-and-shoulders above the water they called beer in Iceland. We went on to sample a variety of Finnish beers – none particularly amazing except a porter and lager that we found at a brewery, but more on that later.

Getting around Helsinki was simple; we walked everywhere. The flat we stayed in was a 10-15 minute walk to the places we wanted to go, and since the weather was beautiful, we never used the trams. However, the trams run frequently and are inexpensive: 2 Euros per trip with one transfer included. The 3T route even doubles as a cheap city tour as it takes you through the old and new neighborhoods.

The next day we grabbed a train to Tampere (pronounced TAM-peh-ray, not tam-PEER, like I said for far too long), the third largest city in Finland, where we would ultimately stay for the next week. To be honest, it was a relaxing but uneventful time: we finished reading some books, sorted pictures, edited together videos and wrote blog posts. In fact, the highlights of our experience in Tampere comprise an odd list: saunas, doughnuts and Euro Cup soccer matches. 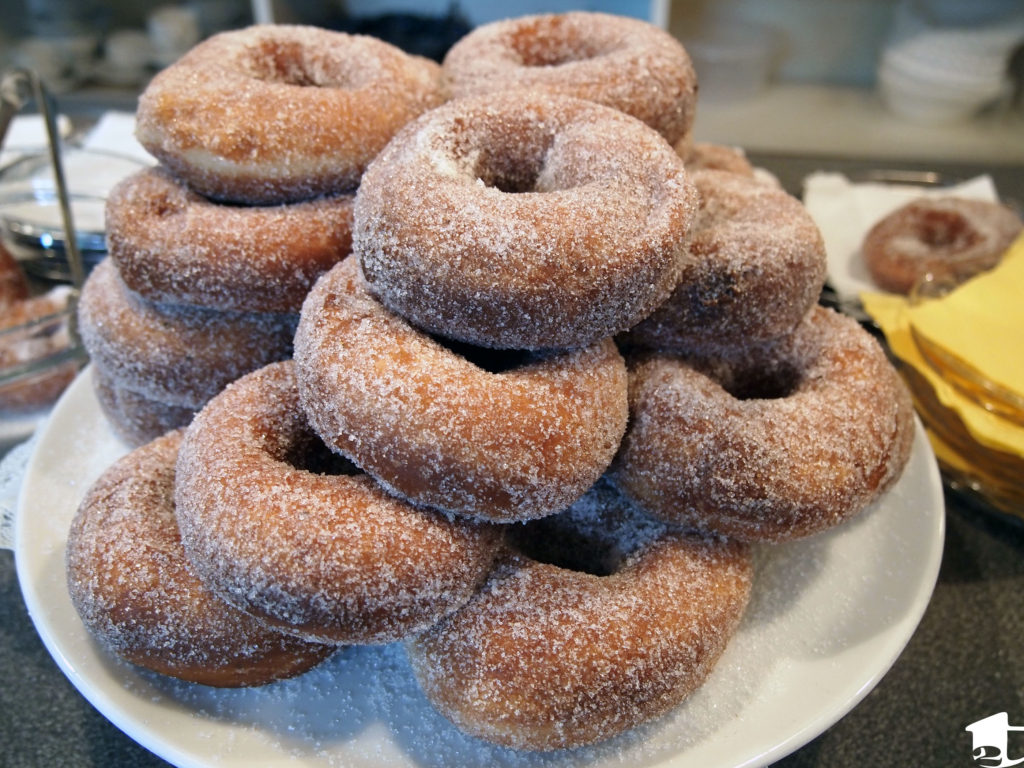 Well worth the hike to Pyynikki to sample these tasty treats.

With the weather rainy and cool, we would warm up from our morning runs past the Angry Birds theme park (I am not kidding.) in the sauna. I had no problem cranking the temperature up to 100°C, but Tara preferred it to be a little cooler, but still a toasty 85°C. One day we braved the rain and ventured to a tower in a nearby park to sample their renowned doughnuts. We found them to be fluffy, warm and not overly sweet. Neither Tara nor I are fans of sweets, so for it to impress both of us, I can say unequivocally that it was the tastiest doughnut I’ve tried. Most nights we’d find ourselves curled up watching the Euro Cup 2012 soccer matches with Finnish commentators while sampling various beers (The good: Lapin Kulta Premium Lager and Karjala on draft. The bad: Harald, Lapin Kulta Arctic Malt dark lager. And the undrinkable: Karhu III and Kukko Pils.).

We found Tampere to be a young city. In the afternoons, the parks were filled with twenty-something-year-olds drinking on the grass. After they pounded their half-liter cans of Karhu III, they would casually toss the empties on the ground. Tara and I found this horrifying until we found out later that old people would scour the parks for recyclable cans to redeem for cash (15 cent Euro), sometimes heckling the kids to drink up so they could take the empties.

We blinked and the week passed by. Walking into the train station, we were ready to book tickets back to Helsinki. Here is where it is important to have a local’s opinion for something as simple as the type of train to take. On the way up to Tampere, we just bought tickets to the next train, and they were slightly pricey at 36 Euro apiece. This time, we decided to ask which train had the cheapest tickets. It turned out that there was a commuter train leaving in 25 minutes. These tickets ended up being 24 Euro each. We later found that this involved being squished for two out of three hours as people slowly filled the train. The extra Euros for the nicer train provided us with an air-conditioned wagon, wireless Internet and assigned seats that had their own airplane-like table—something to bear in mind if you can spare the extra Euros. 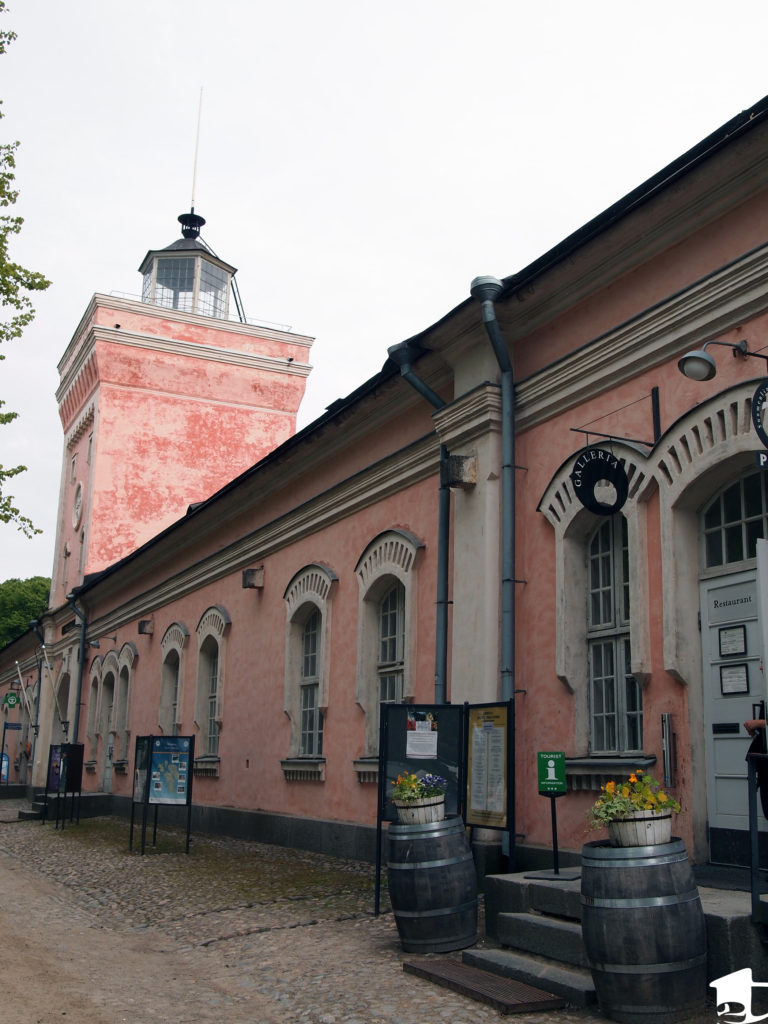 This brewery had delicious food and the best beer we had in Finland.

Helsinki was ready to have us back and the weather was beautiful for the rest of our stay. It turns out that Helsinki goes a little crazy during the summer. Trapped in dark, frigid winter days for half the year, as soon as the sun comes out and the temperature warms up, the Finnish people leave their homes and start planning outdoor events. The European Athletic Championships, a gay pride parade and a heavy metal music festival were all taking place our last weekend there. People-watching was a lot of fun.

After a week of relaxation, our weekend in Helsinki blew by. Somehow we fit in a Georgia O’Keeffe exhibition, her first in Finland (Thanks, Sari!); Suomenlinna Island, where we found a brewery that made the best beer we had during our stay; and time to talk to some awesome Finnish people.

If you get the opportunity to visit Finland, I highly recommend it. The people are warm and friendly even when the weather is not. If you go, just know there is no Finnish word for please. Just kïïtos for thank you. So, kïïtos Finland!