We’re now willfully unemployed. I don’t feel different. Actually, I feel like I finally got the extended weekend I’ve always wanted without calling in sick. Mike and I are getting a couple extra hours of zzz’s in the morning compared to our work wake-up times, but maybe that just offsets staying up until 5am checking off to-do list items. 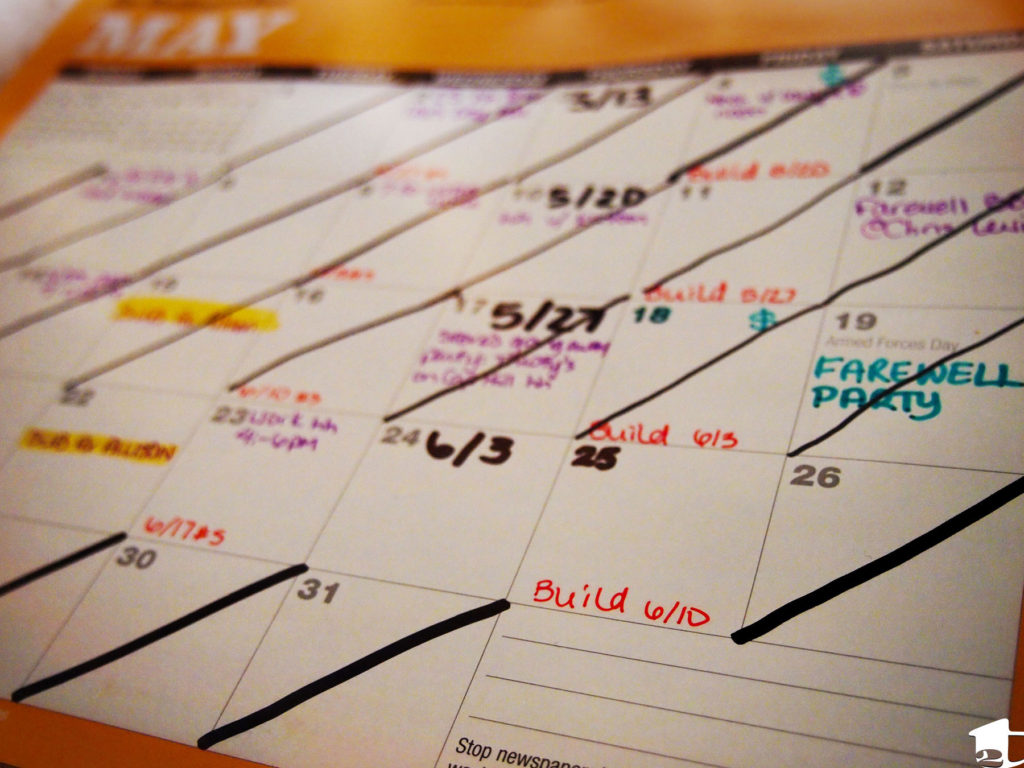 The most eerie thing about the last month of work wasn’t knowing I was quitting the first full-time job I ever held to take a career break and travel around the world. No, I’ve had about 13 months to train my mind to accept that as normal.

Ever since handing in my resignation and the intent to vacate our apartment letter, I’ve been living through a dichotomy of “my life as-is” and “my life as it will be.” On the one hand, I still had a job and an apartment to call home. But I willfully and officially gave them up. This would no longer be my life. I would become unemployed and homeless. “Can I change my mind?” I wondered for the sake of wondering. And then, because I think too much, I really wondered if I could. I had no actual desire to. But, still, could I start the process of turning my life upside down and then reverse it by telling work and our apartment management “Just kidding!”?

I’m very happy with and excited about the decisions Mike and I have made, so I had no real intention of canceling the trip. It was just weird to stare that opportunity in the face for weeks and wonder what could come of it.

After spending so much time watching my former life fade into the background, my final week at work appeared. It didn’t feel like the end, as it was simply a repeat of the previous few weeks — I was still covering for coworkers, conducting trainings and responding to urgent requests up until my last day. Of course, there were some differences: My team took me out for a goodbye happy hour. I turned in my access badge. And I walked down the usual grungy stairwell toward the exit, knowing it was the last time I’d see the cobwebs in the corner and the dust balls on the landing. (Really, why do they never clean the stairwell?!) But none of that hit me as “this is it.” What actually caused everything to come into perspective was an event I wasn’t even expecting.

You’ll need a little background first: In addition to my former full-time job, I had a part-time gig instructing group exercise classes (boot camp and total body conditioning) in the corporate fitness center. I loved it, and I love the people I met through the classes. 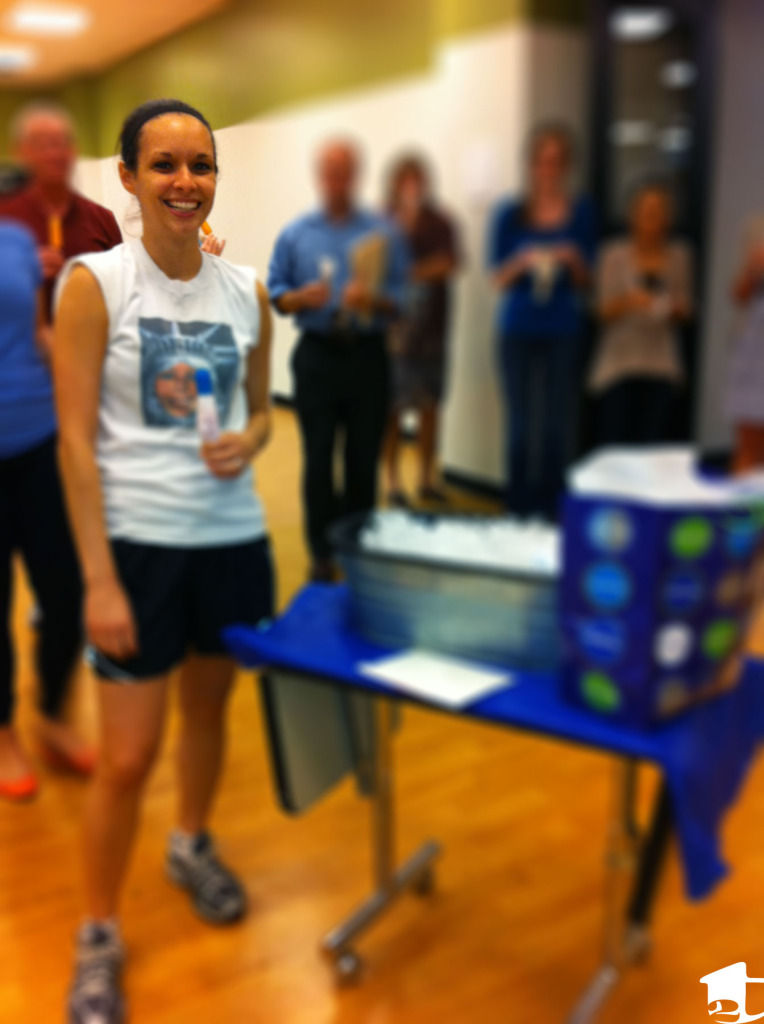 My last day as an instructor was on a Thursday, which is when I taught a morning and midday class. During my midday class, right before our usual end-of-class stretching routine, other gym-goers and students from my morning class started to walk into the room. The fitness center manager wheeled in a table with Popsicles and a gift bag. A couple of my students handed me a card and I started to cry. I started to cry! Some boot camp instructor, huh? But for some reason, that’s when it all started to hit me. I don’t know what it was. The people? Their kindness? Their sweat-free work attire? Perhaps everything about that moment just made my choices feel so damn final. The end of an era.

And even though we all said farewell instead of goodbye, I know I’ll never see or hear from most of them. It was a replay of the last day of high school (pre-Facebook) when everyone promised to stay in touch, but I knew that going to college 1,000 miles from home meant goodbye. You always hope you’re wrong, but you still know that even if you aren’t, things will never be the same. Because goodbye isn’t just meant for people, but also for chapters.