Let’s be real for a minute. Everyone has fought with his or her significant other in some way. Sometimes it’s audibly evident from a block away, and other times the silent treatment or cold shoulder is given instead.

Mike and I are no different. Our pre-trip arguments were mostly petty and quickly resolved. “Tara, you should vacuum more,” Mike shouts over the roar of the vacuum. “Mike, you should clean the bathroom more,” I say while scrubbing the porcelain goddess. We aren’t big on chores, but we each have fallen into doing the same ones over and over. Make no mistake, we don’t actually enjoy what have unwillingly become our assigned duties – that’s why we’re always trying to get the other person to step it up.

After most of our disagreements having been about the frequency in which the other person does X chore, we knew that spending 10,000 consecutive hours together on our RTW was going to test us in new ways. Many people have asked how we were able to do it without getting sick of each other or needing time apart. We didn’t actually go into our trip with a game plan, but one certainly developed over the first few months as we got a better feel for what sparked impatience or negative attitudes (mostly low blood sugar) and gradually made minor adjustments to our behavior (like carrying snacks). 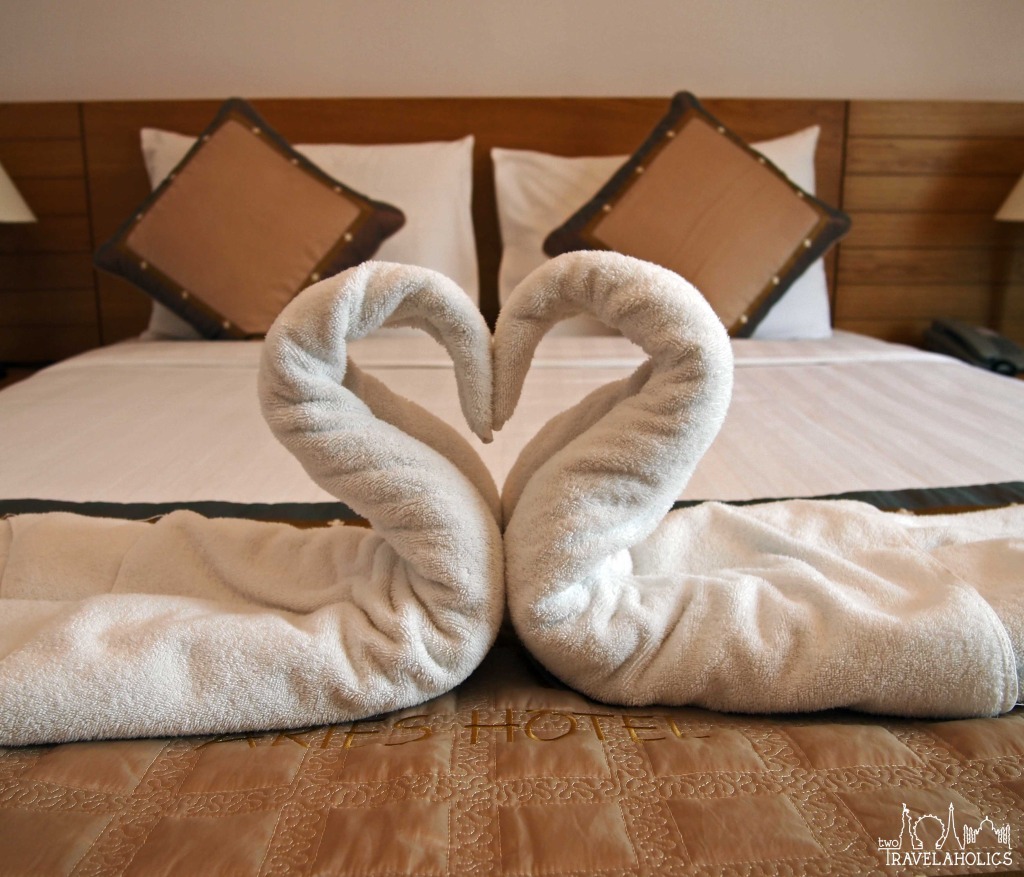 If swan towels argue but there’s no one around to hear them, do they make noise? Bad joke? 🙂

There wasn’t always food around, though, and sometimes low blood sugar wasn’t to blame. When we had to de-escalate a budding argument, we fell back on a single sentence: “That’s not how we speak to each other.” I think it was Mike’s idea (or maybe it was mine and I should be taking all the credit), though I don’t remember when it was first said. I’m sure we were both hungry and snapped at each other because we were lost trying to find our hostel in a new city and Mike wanted to turn right but I thought we should continue straight.

Neither of us sees it as condescending or rude in any way. It became our reminder to change the direction of the conversation and always speak to each other with respect. We fight very infrequently, so when one of us pulls that magic sentence from our hat, it’s like a splash of cold water to the face. On the road, we had to address issues right then and there. There was no going off to work for the day or leaving for a night out with the girls to put space and time between our problems. This really helped improve our communication with each other. 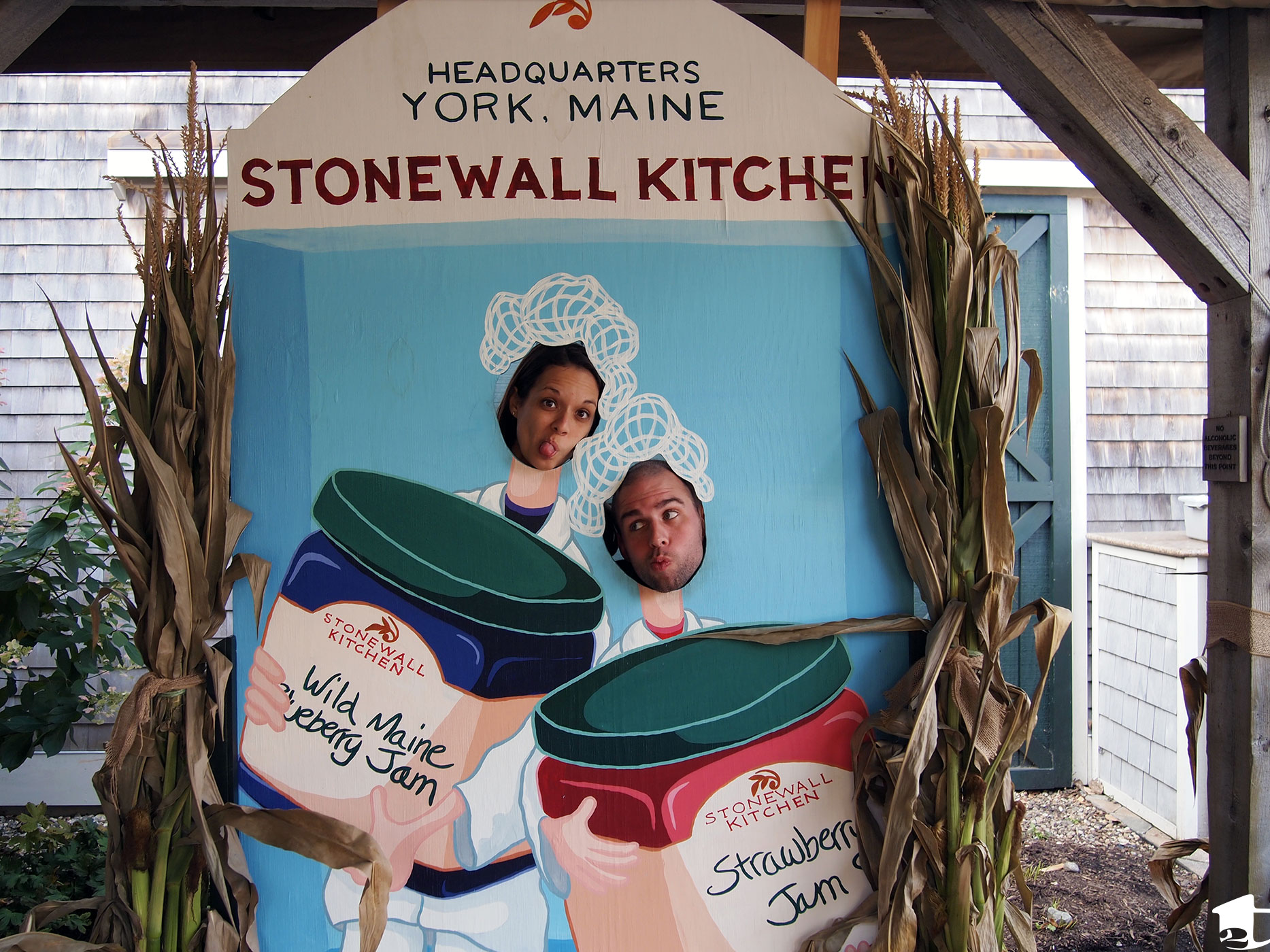 Repetition and practice change behavior, so we find that we fight even less these days. And now if our tones change and we start to see an argument brewing, it only takes a “Hey!” to stop us in our tracks, because we know what the next sentence will be.

This good habit extends to interactions with others as well. I find myself being more patient with and empathetic to customer service people on the phone, for example. It’s so easy to take out your frustration on them when you have an issue with your Internet bill or health insurance, for example, but being rude won’t get you anywhere and may even make their day worse too. And just yesterday, I sat through a three-hour haircut. Yes, you read that right. I went to a cosmetology school to get my hair cut. I knew it would take longer since a student would be, um, practicing on me. But three hours! Whew! See, there are always chances to practice your patience!

All this to say that I recognize a difference in my post-trip interactions. I’m more positive, patient and empathetic, even as I live and work in a bustling city. Our experiences over the past couple years gave me a new lens with which to view life, and it’s helped me recognize what’s important to me and how I want to live and interact with those around me.

Are you hoping to make any changes to your lifestyle in 2014? Tell us in the comments below!