As the frontiers in which tourists can venture expand, and the opportunities to see a country before it has been inundated with other foreigners become fewer, a new breed of traveler has formed. These tourists are hip travelers or tripsters as I like to call them; hikers who “accidentally” wander into a forbidden zone, swimmers who pop up on an unmapped beach—there is a deep desire to be the first one to see that sunrise from an angle, a view, a perspective that no one else has before. 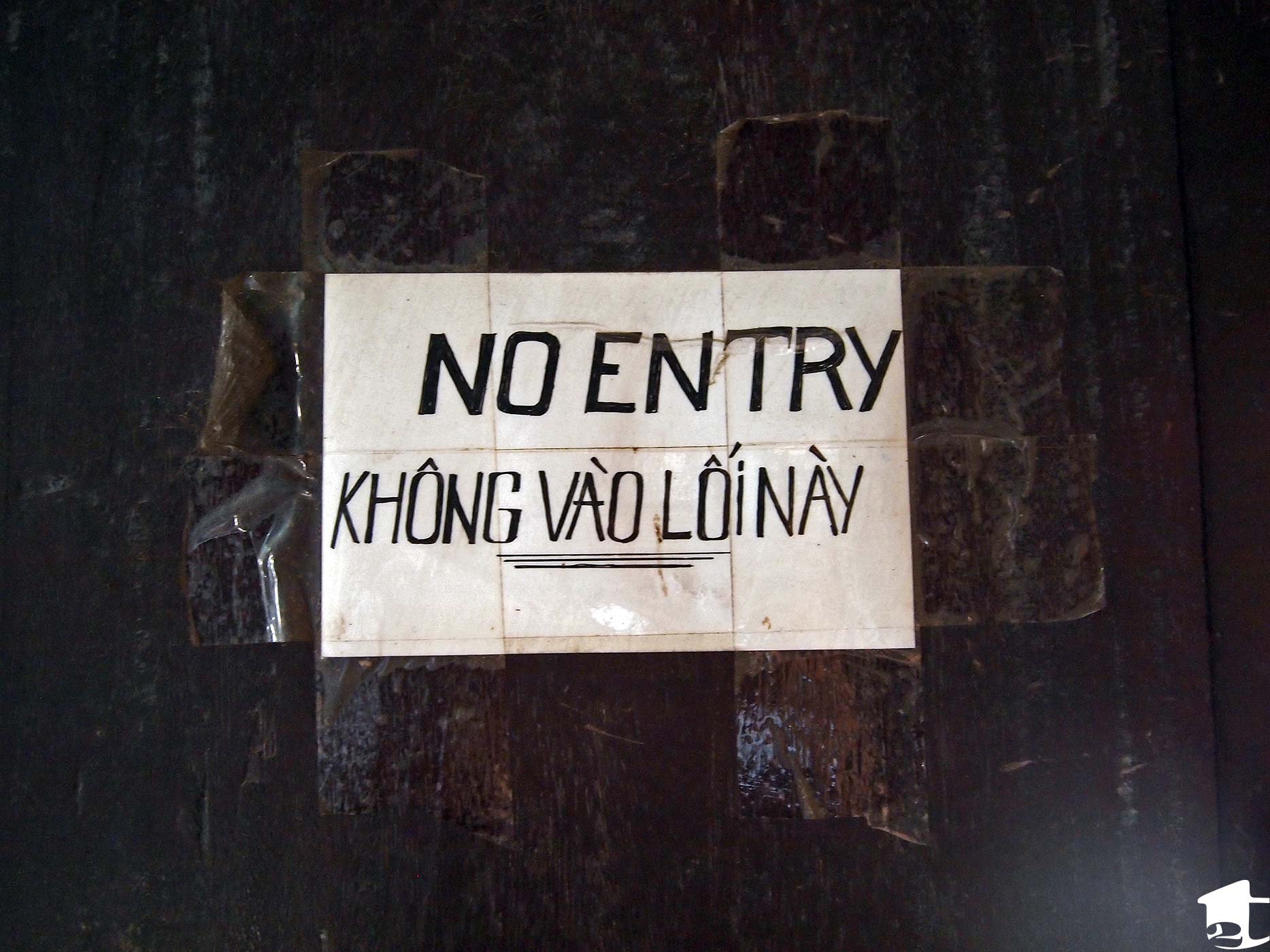 It is no longer acceptable to snap the same image as everyone else—there is an incredible desire to separate yourself from the crowd, no matter the cost. There were the Russian tourists who climbed to the top of the Great Pyramids in Egypt. In Siem Reap, Cambodia, we witnessed a group of French tourists ignoring local officials while they scaled an ancient temple so that they could film themselves. The cost is sometimes easily apparent, though. Just this year, a tourist broke the finger off a 600-year-old statue at a museum in Florence, Italy, while trying to get a picture with it.

I, too, have felt this pressure along our RTW journey. I found myself wondering what it would be like to climb to the top of a temple or dip my waterproof camera into hippo-infested waters. Jeopardizing my safety for a shot. There is no actual need to capture a unique angle or frame a picture in a more aesthetically pleasing way though, but the motivation to do this falls somewhere between machismo and the desire to come back with a story only you can tell. No one wants to simply see the same view as thousands of others, shooting the same angle as hundreds before them. Instead of admitting to being another number on a group tour, tripsters want to show off that scar they got from a jaguar when they were slashing through the bush. 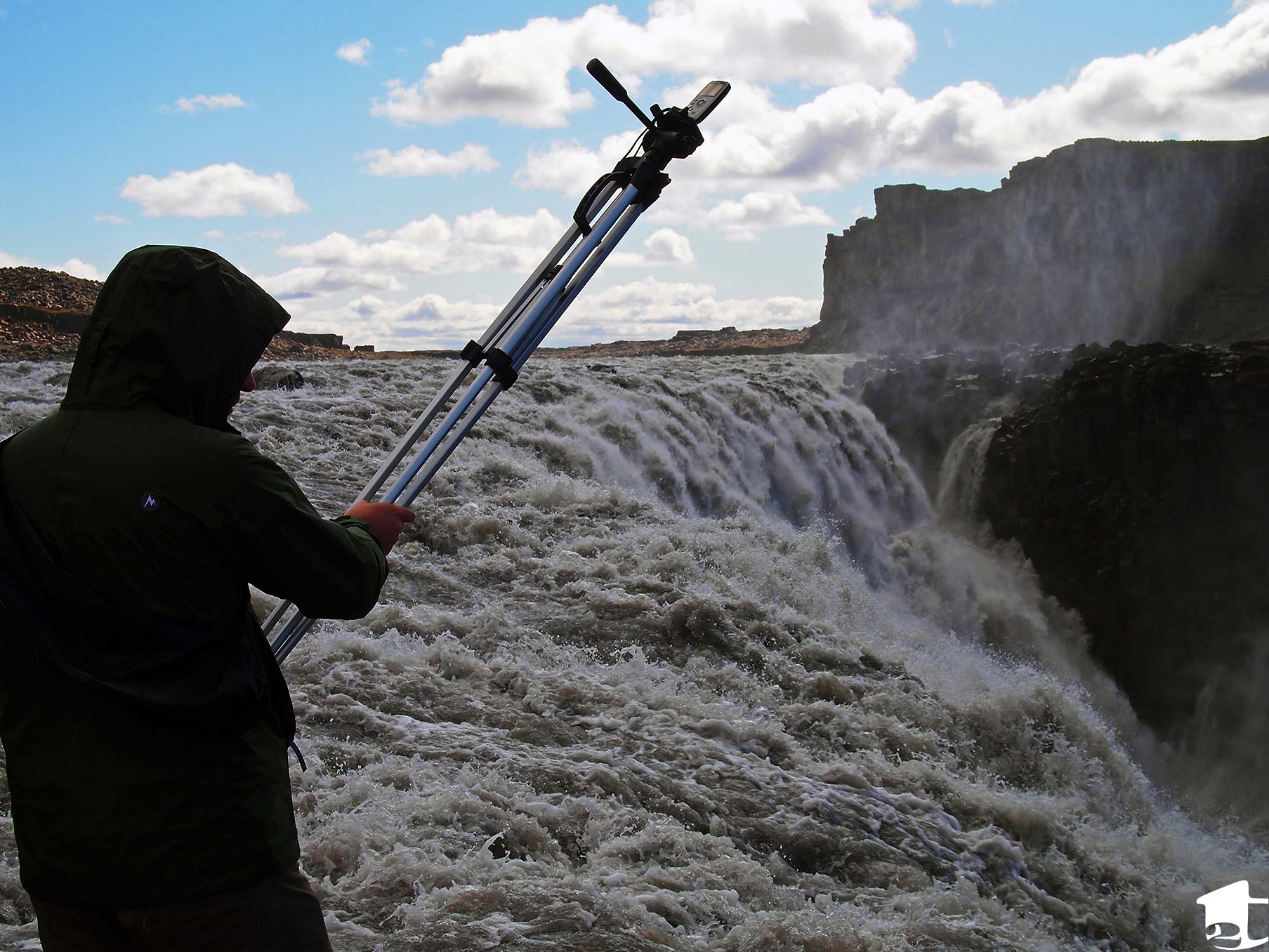 Mike filming water rushing over the falls at Dettifoss in Iceland.

In some ways, that loss of perspective is exactly the reason various travelers clash and look down on one another based on their travel style. (This article is the second in a series about coping with long-term travel, you may find the first part here. Loss of the Familiar, Part I exists only in my mind.) We met many people who insisted on being referring to as a traveler, not a tourist. It’s an age-old debate. People whose passion it is to travel will tell you that a tourist is someone who visits a city’s main attractions, eats at its best restaurants, buys souvenirs and retires to their plush hotel at night. Travelers, they say, stay with a local and eat street food, leaving their guidebook in the store so they can wander around aimlessly in a new city. They essentially want to differentiate themselves because they try to live like a local instead of a wide-eyed foreigner.

For the entirety of our RTW, I struggled with the idea of whether you can really fault someone else’s style of travel, especially if it conflicts with your own. After filling my passport with stamps while traversing the globe and learning basic words in almost 20 languages, what kind of traveler have I become? Has this trip improved me as a person, or has it shaped me into a bloated, “Oh, that time I was in [insert country here]” gasbag?

Early in our trip, I was open in my disdain for tourists only on vacation to party. There were times we would pass a group of Westerners talking about a pub crawl in Croatia and I would snort derisively. Tara would chide me, reminding me that just the previous night we were out drinking beer. What differentiated me from them? The beer we consumed did not magically make us Croatian.

Letting go of stereotypes has been something I have grappled with along the way. Why do long-term travelers have such a feeling of superiority over other tourists? It is true that experience breeds hubris but it should also increase empathy. At the beginning of this journey, my mind was wired to prioritize material possessions and the pursuit of fortune and fame. Hundreds of squat toilets and humbling experiences later, I hope I have gotten some of this out of my system (though I have not gone full hippie), but changing your perspective on things so hardwired into your thinking is not easy. 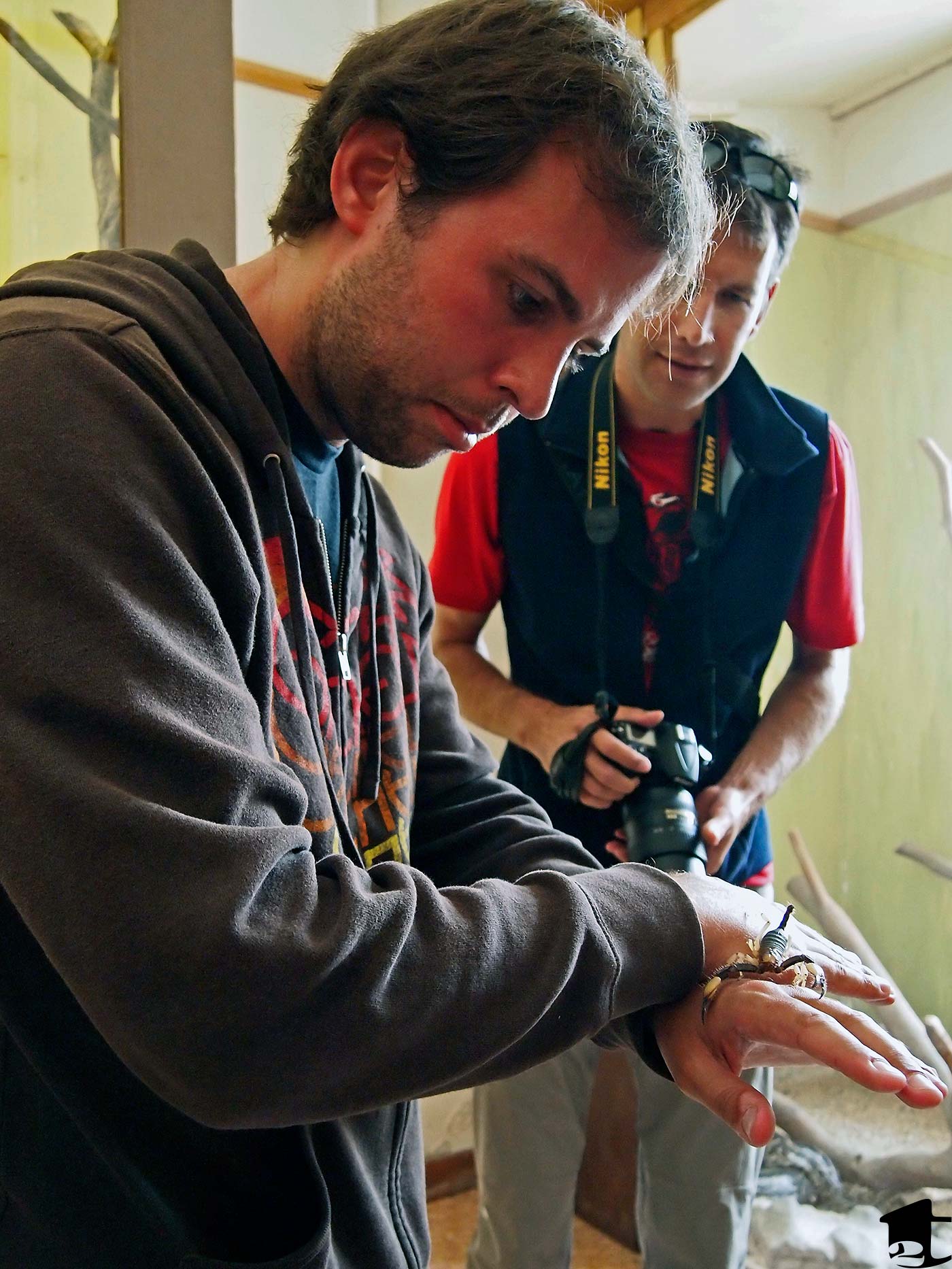 Mike holding a scorpion like a boss in Swakopmund, Namibia.

I deplore the cliché of “losing yourself in the world to find yourself.” It is far easier to lose yourself on a trip than it is to find yourself. Losing what is familiar has been what I have grappled with throughout our RTW trip. Self-discovery is not a switch that is flipped once you leave your hometown or birth country. Challenging the beliefs or habits you have held your entire life cannot be erased with a couple weeks in an ashram in India. Rather, it takes work, often putting yourself in uncomfortable, difficult situations in order to grow. Perhaps that is why tolerance toward other travelers is vital to growing as an individual.

A large part of my growth has come through the conversations and shared experiences we had with relative strangers. Toward the end of our trip, I found myself trying to squeeze in as many personal interactions as possible. I began finding their value to be higher than any photograph or video. These connections are memorable, even in times of disagreement. Challenging your beliefs allows you to better understand other cultures and sometimes even your own. We are conditioned not to ask questions that have answers we might not agree with. Living in a vacuum of unoriginal thoughts, we surround ourselves with like-minded opinions.

While Tara and I may not be spiritual, we love engaging with those who are, not as an attack on religion but as an honest attempt to see the world through another perspective. This philosophy of open-mindedness applies across the board when it comes to experiences during our trip. In many ways, these experiences make it easier to understand other nationalities, while sometimes making it more difficult to connect with your own. It is a bizarre, double-edged sword of knowledge that comes with travel.

Perhaps at the root of the bond that long-term travelers share is the mentality that we have borne witness to sights that even our closest friends and family may never understand. We try to connect, but it is difficult to convey the rationale of long-term travel and even the experiences to someone who has not taken a trip of this length. But ultimately, the onus is on us. Tara and I want to share our experiences with anyone who will listen, but not at the cost of patronizing or ostracizing our audience. This is an amazing opportunity to illuminate the cultural exchange of ideas in a palpable fashion, and forcing photographs down others’ newsfeed and inboxes misses the point completely. Although we have lost what is familiar to us, we should not forget that for a while that was all we knew.