Dawn has yet to extend her rosy fingers over the African continent when the sounds of alarms pierce the quiet air. Like a symphony beginning slowly, there are low groans, the crackle of plastic and rustling of canvas, finally a crescendo of zippers opening in unison.

Nomads of the night. The tents are broken down just as quickly as they were assembled. The only traces of these temporary homes are large square compressions of wet grass — in another hour there will be no evidence the inhabitants were ever here (except for the plethora of empty beer and cider bottles).

Light begins to filter through the atmosphere and the stars and infinite darkness are replaced with a rainbow of pastels. Puffy clouds begin to appear, as if they were suddenly illuminated by a spotlight. But in time, their colors will turn from pinks and oranges to bright white. Mosquitoes still zip through the cool air, the loud buzz of the males divert the attention from the bloodsucking females. Bites cover every inch of exposed flesh. First, tiny pinpricks of blood, then swollen masses. There seems to be a hidden army every night, laying in wait for warm blood.

Insects seem omnipresent. Under the tents, on the tents, in the tents; Africa is filled with creepy crawling bugs of all shades, shapes and sizes. In most cases, the scarier-looking the insect, the less poisonous it is, and the benign-looking ones tend to kill in minutes.

Days are filled with long drives punctuated with random bush toilet stops. The landscape fluctuates from beach to desert to wetlands but somehow seems interchangeable. Dark orange sand gives way to blinding white sand. Empty fields with few trees turn into dense forests. The zebras remain the only constant; they seem to be everywhere in Botswana the way springbok were down in Namibia.

Rhinos, elephants and giraffes become the new animals of choice, while the lions remain elusive. After witnessing several rats killed and eaten at a snake park, death should never be romanticized nor glamorized, but it especially should never be wished for. The desire to experience the awesome power of a lion jumping on the neck of a drinking giraffe to feed on it seems to have disappeared. Nature continues, but its bloodshed need not have witnesses.

Lingering in the air is a slight pungent blend of smoke (fires are everywhere, some in fields, some in forests), sweat and earth (plows churn the ground for crops on each side of the road). Long stretches of each drive may lead to more animal sightings than humans, but the further northeast we push, the balance tips in the direction of people and domesticated animals. Pigs, goats and donkeys roam freely; occasionally a wild animal can be spotted, but it is a strange paradox. The more rural the region, the fewer wild animals. Whether they have been pushed out by farmers or are hunted for food is unclear, but even the usual reliable birds seem as though they have hidden themselves.

It is difficult for human vision to focus on objects speeding by at 100 kilometers an hour. The scenery resembles a sequence of photographs taken every few seconds. Blink and you miss it, but if you grab that glimpse of something truly spectacular, it is burned in your mind’s eye forever. 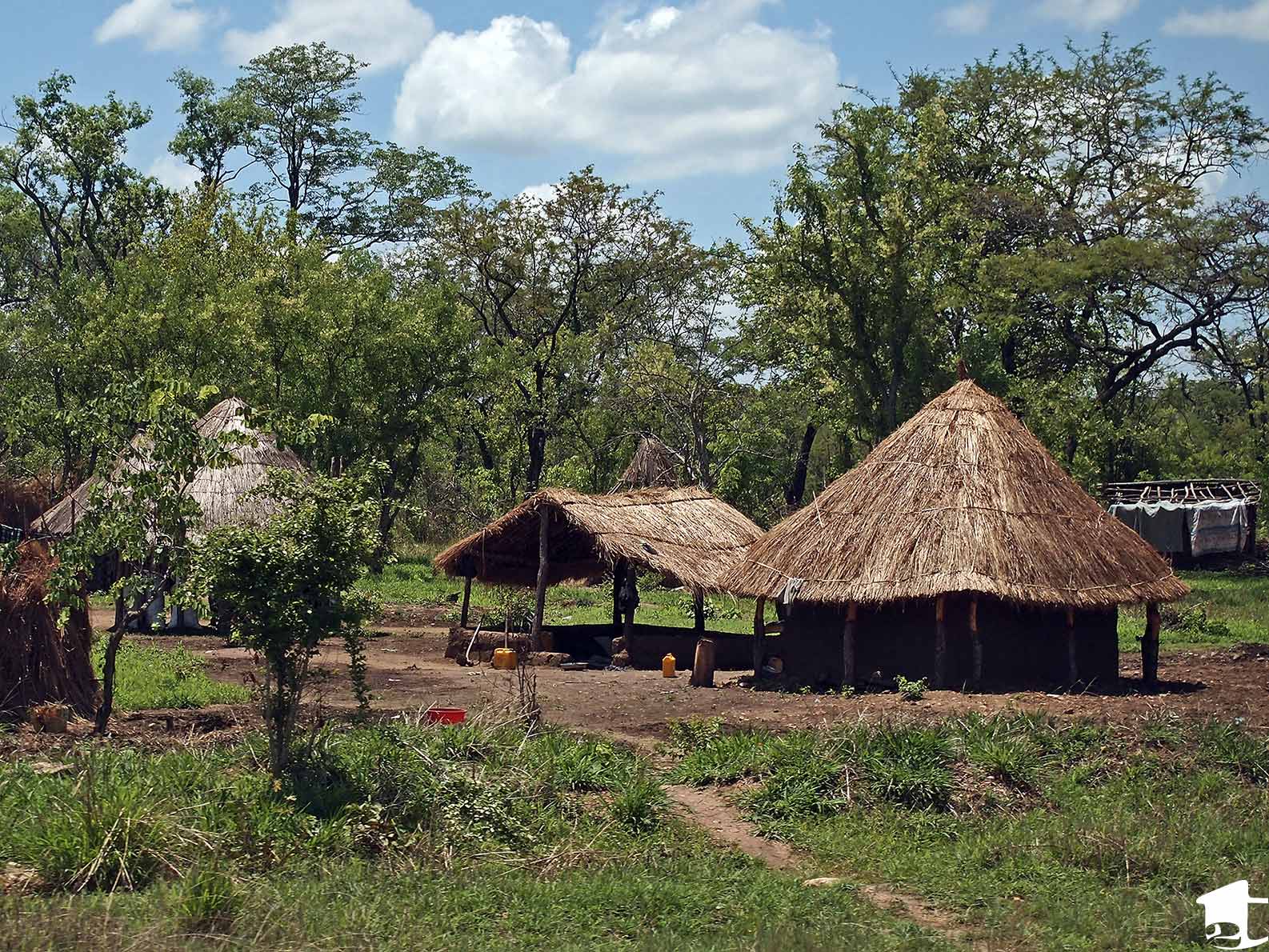 Villages that dot the drive seem to reflect a simplicity that most of those who live in the Western world cannot relate to. Concrete or mud huts with straw roofs outnumber traditional houses a thousand to one. Half-constructed brick buildings give the semblance of development, but it is hard to imagine that all of them will ever be finished.

Inquisitive faces stream past, and  even the slightest interaction (a smile, a wave) helps break up the detachment from reality these drives can cause. With the speed the truck hurtles, locking eyes with someone and receiving a smile or wave is oddly comforting, even if it only lasts a millisecond. It is impossible to mask a genuine reaction to a young child waving with all their might to get the attention of a quickly moving truck filled with tourists. Sometimes when the speed is low enough, these moments feel as though they can stretch for minutes when in reality they are split seconds.

Roads barely accommodate the width of the truck. With pedestrians, bicyclists and other vehicles, including enormous tractor-trailers sharing the road, driving seems to be an exercise in willpower. Tepid honks of the horn warn others on the road to make way, but sharp swerves communicate when the driver is forced to take evasive actions.

Dusk rapidly approaches, and soon, night. Tents are pitched. Beers are drank. Soon the sound of gentle snoring will float over the camp, and in several more hours it will all begin again.