Americans and members of the European Union visiting Morocco can rejoice, as the country requires no visa for admission. Tourists can freely travel around the country without much difficulty. Most major cities have train stations in their center, while smaller cities and towns are linked via buses. Of course, air travel is another option, but since the country is relatively small, the hassle-free nature and price of trains make it the advisable mode of transportation. Given the option, make sure to upgrade to first class to enjoy an assigned seat and air conditioning. The difference in price is usually 50 percent more, but the comfort is worth the cost for longer trips. 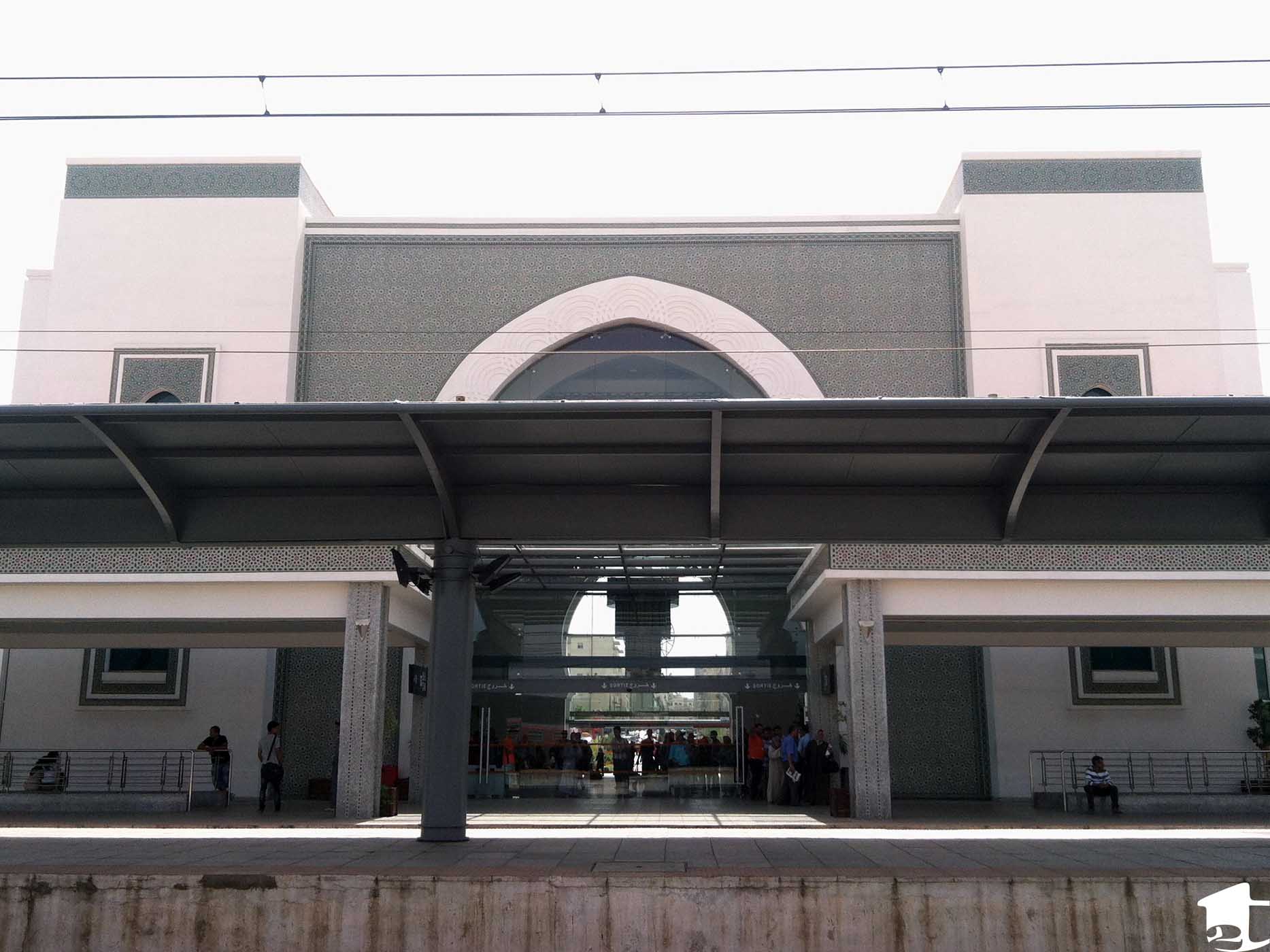 Reserving a train ticket can be done at the train station, and they accept cash or major credit cards (This is one of the few businesses that will accept credit cards, as cash is king in Morocco.). In most cases, tickets can be purchased the day of travel even as late as a few minutes before departure. Make sure to keep any receipts, as some conductors require them as proof of purchase.

Buses, on the other hand, can book up early, so check online for availability. There are two main companies: Supratours operates in conjunction with the train company, servicing major cities or points of interest that train tracks do not extend to. In addition to purchasing bus tickets, you can also buy combination rail and bus tickets if you’re traveling longer distances. The other bus company is CTM, which seems to run everywhere in the country. Otherwise, there are two other major bus companies within Morocco that divide the country in half: Trans Ghazala services the northern portion, while Satas operates in the south.

These buses are transportation only, so if you’re looking for a bit more, tour companies fill the void by offering all-inclusive trips to many of the same locations. Depending on your negotiating skills, sometimes the price of these tours can be on par with just booking transportation only. If you have the time, do the research. Since many points of interest can be a distance from major cities, renting a car or hiring a driver may be the best way to see some of them. 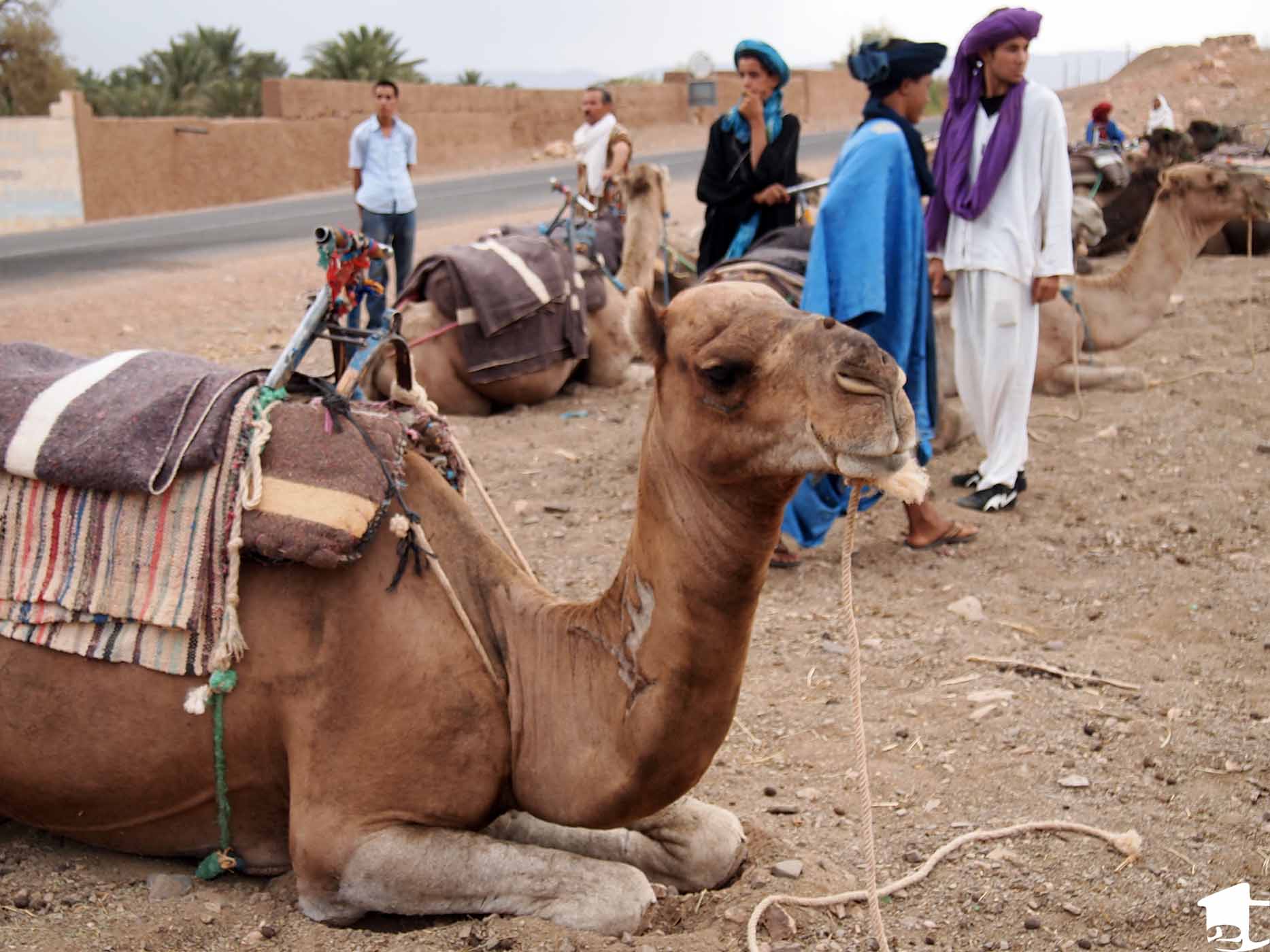 In the case of desert tours, the term “all-inclusive” is used a little loosely, as not all meals are covered nor admission fees to museums or tours around a point of interest. Every riad, hotel and pension sells tours to the desert, but what they do not tell you is that many of these tours end up getting funneled through the same agency, the only difference is the price. This price widely fluctuates depending on how much of a cut the property is taking. The most inexpensive option is through a travel agency directly, though it may require a little bargaining resilience to get the best price (If you are interested in the company and price we paid, please free to contact us.).

Crash course in how to get the best price: Start by gathering quotes from various sources. Then use your knowledge of the price range to haggle with the salesperson for the lowest possible price. If they refuse, do not be afraid to walk away. Even the threat of leaving the room may cause a sudden discount. If it does not, work your magic on the next salesperson.

Bargaining in Morocco is refreshingly less pressurized than some of the other Middle Eastern countries we visited (Turkey and Egypt), but those who have not experienced a bazaar – or souk, as it is called here – may be a little overwhelmed the first few days. While hosts for restaurants, shopkeepers and other merchants will try to get you inside, it is mainly using a relaxed tactic, “Please, come inside. You don’t have to buy anything, but just look. It will make me smile.” Additionally, there are a large number of Berber merchants (Berbers are nomadic Saharan natives.) who not only expect to bargain over the price of something, one admitted they are insulted if you accept the first price they give. Negotiating is easy, as there seems to be an abundance of Moroccans who can speak English. Even in remote regions of Morocco, it is startling how the locals can easily switch between English, Spanish, French and Arabic. This seems to apply to all ages, not just younger people. With that said, French and Arabic are the two languages that everyone can speak, and likewise menus, signs, etc. will always be written in these languages. Familiarizing oneself with various fruits, vegetables and meats in French will prevent the unintentional “What did I just order?” moment that almost always occurs if you cannot read a language.

The exception to the rule, when it comes to getting around knowing only English, is taxi drivers. Taxi drivers tend to either not speak English or do a good job of feigning ignorance when it is used to communicate with them. Still, getting around in cabs is easy – they are plentiful and inexpensive, even when they do not turn on the meter as they should. Be aware that taxis will stop even if they have other passengers. Do not be worried if they stop to pick someone up if you are inside. Somehow they figure out a reasonable per person fare. If taxis actually used the meters they all have installed, most rides under 10 kilometers should cost less than 20 dirhams (approximately $2.35 USD). It is best to either negotiate the price before stepping into the cab or insist that the driver turn on the meter before pulling away. 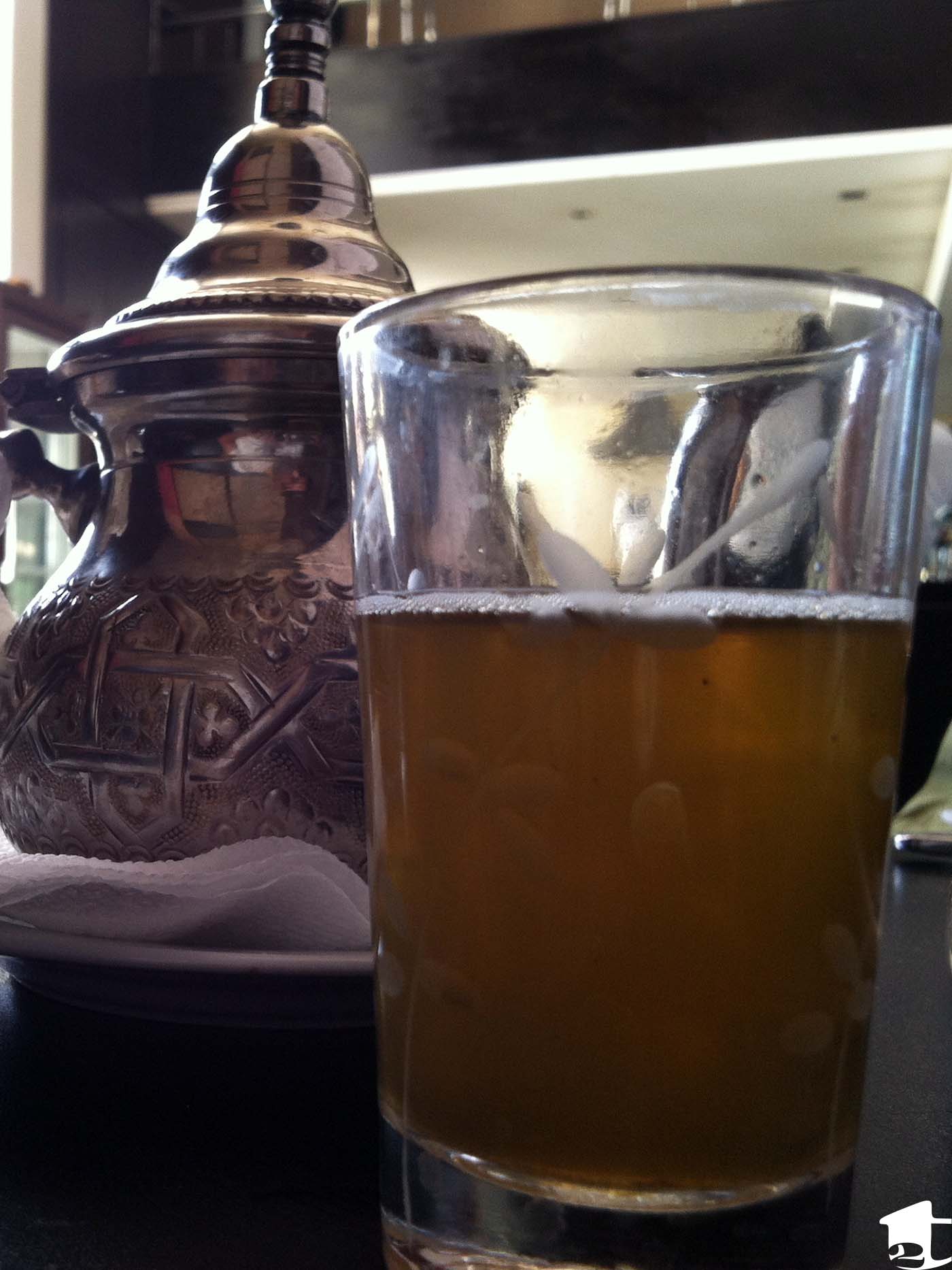 One thing that is usually non-negotiable is the price of food. Menus, whether it is for street food or in a restaurant, are pretty ironclad. Restaurants may charge a minimal cover fee (usually covering the cost of bread), so be aware of that. Besides the price of food being standard, the variety of food is also pretty standard. Kebabs, couscous and tagines are three typical dishes found on every menu. The only wildcard is the meat, or lack thereof, included inside. Vegetarians should have no trouble eating well in Morocco, as couscous, tagines, salads and sandwiches can be ordered without the inclusion of meat.

Lovers of fruit will be in paradise, as freshly squeezed or blended juices are plentiful. Prices vary – a glass of freshly squeezed orange juice can go for as little as four dirhams ($0.47 USD) and top out at about 18 dirhams ($2.12 USD) – but it’s always worth the extra cost, as the taste is unparalleled, especially compared to what most of the world drinks.

As a Muslim nation, one thing most Moroccans do not drink is alcohol. They do have liquor stores, but it is best to think of them as the “Where’s Waldo?” of Morocco. They are few and far between. Nightclubs and bars may serve beer or liquor, but once again, there are not many. Instead, most Moroccans opt for coffee or Moroccan whiskey (Chinese gunpowder tea steeped with a ton of mint and a lot of sugar). Much like the juice, mint tea is a must-try when in Morocco. While Moroccan whiskey will not cause drunkenness, several cups may cause diabetes.

If you find yourself in a situation where someone offers you a drink, such as a cup of tea, it is considered rude and insulting to turn down the drink. Moroccans are very hospitable in this way. Something as simple as sharing a drink with a stranger if they offer it to you is a cultural difference that most Westerners may not pick up on when visiting Morocco. 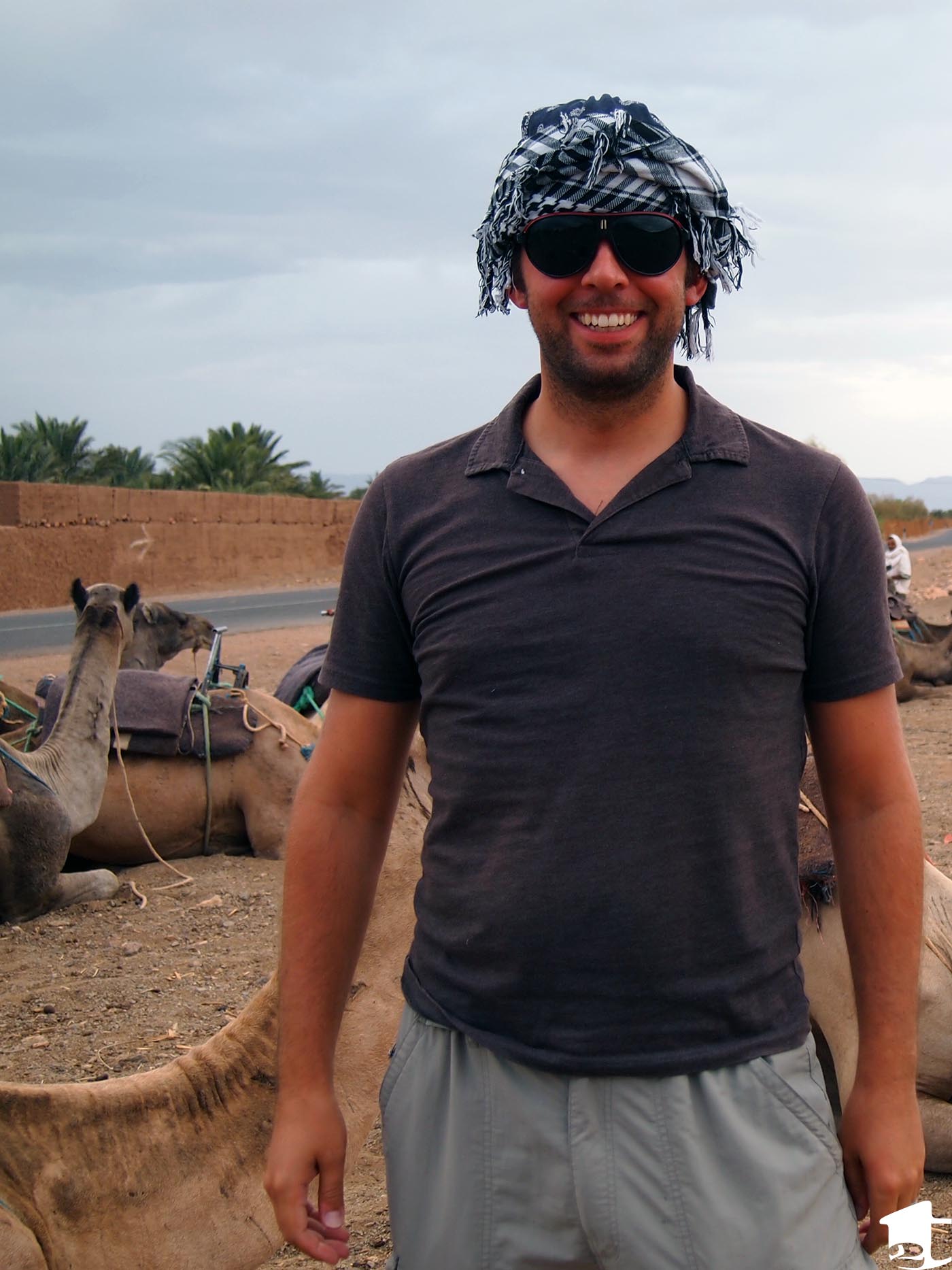 Mike adhering to the “dress code” of the Sahara

Probably the most jarring adjustment for Westerners is getting used to the “dress code.” This Muslim country, though not as strict as other Muslim countries, expects women (and men as well) to cover bare skin – no shoulder, collarbones or anything above the knees showing no matter how high the temperature climbs. Many Western tourists wander Morocco not adhering to this custom, but it is not recommended since it can incite unwelcome touching or hollering from Moroccan men who think the exposure is a welcoming of sorts. To those who do choose to wear shorts or a tanktop, be sure to wear a wedding band or walk with a male, as this usually prevents any unwanted advances.

Finally, if you do find yourself in Morocco, make sure to invest in a pair of sunglasses and a scarf. The heat can be oppressive most of the year and the sun is blinding. This is doubly so if you venture into the Sahara. Berbers dress exactly as if they stepped from a movie screen, and for good reason. Their turbans are vital to protecting their body from the elements. Hollywood has a tendency of playing up sandstorms in the desert, but without proper protection, it can be a miserable experience. You may spend the rest of your life getting sand out of your orifices.

That may be the worst sales pitch for Morocco – “You may spend the rest of your life getting sand out of your orifices” – but this country is definitely worth visiting. It is unique while seemingly familiar. You may be a tourist when you visit Morocco, but the country and its people have a way of making you feel comfortable and welcome.