But then little things cropped up, like figuring out what the best credit and debit cards are to have overseas. And calling all our employer-sponsored medical insurance companies before open enrollment ended to see if any of them cover travel vaccinations. And making a list of all the countries we’d love to visit, whether we need an entry visa, how to get it, what it costs, how long it lasts and how much time we have to use it from the day we get it. And don’t forget that if you want to volunteer, some countries require you to obtain a work visa. This ish ain’t easy. 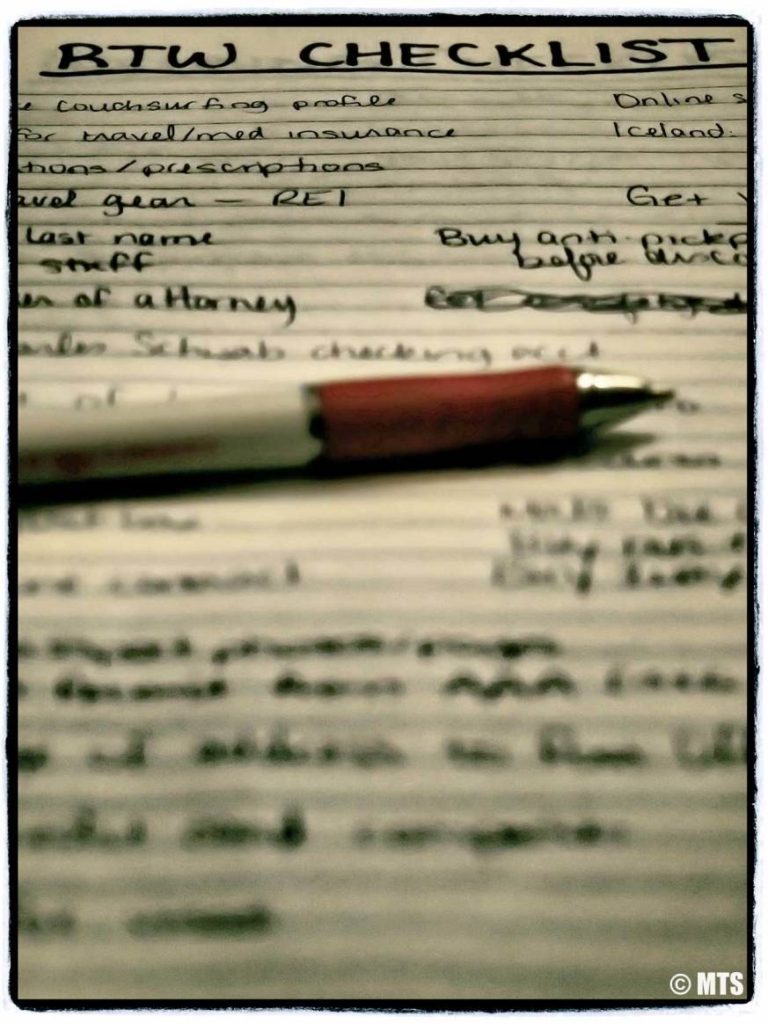 One day, we decided to finally have some fun and figure out a tentative itinerary. We laid out the 2¢ world map we bought off Amazon and talked about which stops were important to us. My big favorite is Iceland, and since it’s just enough out of the way, we thought that it would only make sense to use it as a jumping off point. So on June 6, 2012, Iceland will be the first stop on our RTW. We wanted to plan for an endless summer, so we’re going to bounce around the different hemispheres before winter sets in.

Through it all, we’ve both learned a lot of world geography. I never before knew where Latvia was or that Rīga is its capital city. Maybe that doesn’t seem important to you, but I just met a girl the other day who’s from Latvia, and it was pretty cool to be able to talk to her with some knowledge about her home country.

Another interesting thing we’ve learned about is the Schengen zone. In Europe, more than 20 countries are part of the zone, which was named after the city in Luxembourg where the agreement was signed. Basically, these countries agreed to abolish internal borders and only recognize the external borders, or non-Schengen countries. What this means for travelers (nationals of 39 countries, including the USA) is that they do not need to apply for a visa to travel between Schengen countries for a 90-day period (read: freedom of travel and no annoying paperwork). If you leave the zone (and go to Turkey, for example, which is not part of the zone) after being there for 88 days, you still have two days left in a 6-month period to re-enter. 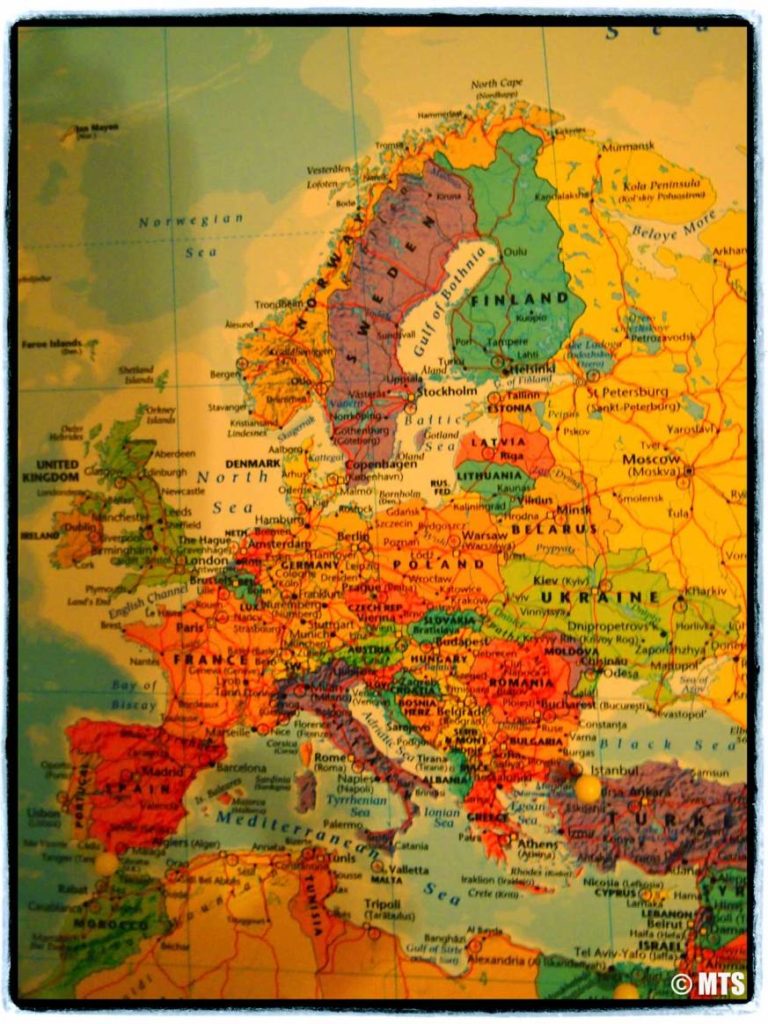 When we learned the nitty gritty of this the other day, we got a bit nervous. We plan to be in Europe for four months. Though we do plan to visit non-Schengen countries for a month or more of that time, you just never know what kind of fun you can get caught up in. But now that we know about this rule — and the fact that we could be fined or deported if we overstay our welcome — we’re going to be very cognizant of how much time we spend in and outside of the Schengen countries.

So what’s next on our to-do list? We already have our one-way tickets to Iceland, but we want to buy our one-ways into Helsinki soon since June is the start of high season and we smell a fare increase on the horizon. We have scores of our books listed on Amazon (sad face), and so far we’ve sold about 15(!). The other “next up” is to find and book a volunteer opportunity on a farm in Iceland. It’s still a very expensive country despite its economy’s collapse a couple years ago, so it’ll be nice to have room and board taken care of while giving a helping hand and learning about Icelandic culture. We have a couple ideas on the burner, so now we just have to make a move and contact the proprietors. Wish us luck!